You are here: Home / Going Green? / Going Off-Grid in the 21st Century – Taking out the Trash

For many of us we simply bag up the trash, throw it in the container outside & it’s handled. For many living in very rural areas there might not be any service, which is where many of the current off-grid homes are located. This generally leaves many individuals to consider of 3 well known options; Bag It Out, burn it, or arrange for dumpster service. While there is always going to be some trash that has to be removed, let’s look at ways one can do to help reduce that amount to make it easier.

Growing up, there was a Bring It In – Bag It Out program, which not only encouraged you to leave the area as clean (if not cleaner) than you found it, but they also had numerous tips on how to reduce the trash you did bring in. Many of those tips applied to repackaging or removing unnecessary packaging from numerous items, which many that enjoy boating, camping, backpacking, etc… do because space is at premium.

In some European areas it is common for them to remove the contents from the boxes and just leave the boxes and excess packaging materials in the parking lot. This has led to many grocery stores & others to look at their packaging and ways to reduce it. While that would be frowned upon here, many grocers (especially smaller mom & pop shops) may allow you to bring back in the empty boxes as they bundle those to be recycled for money.

While plastic bags don’t take up that much space, consider reusing some of the totes that are handed out at trade shows, or purchase your own when shopping for groceries – at least these don’t rip and spill everything at the most inopportune moment… 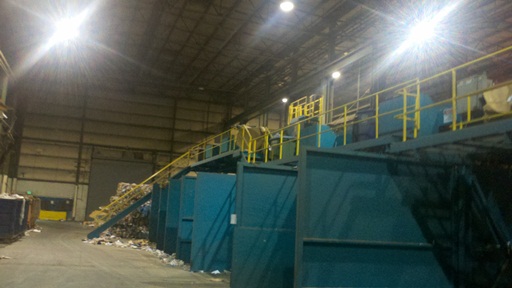 Corn husks, coffee filters, potato peelings, etc… is not something you generally want to leave inside for too long or sitting in a trash can outside where it may start to attract local wildlife. I would say in our house, between that and paper, that made up nearly 60+ percent of our trash in a given week. Fortunately or unfortunately depending on how I feel that day, we live in the country & have pigs, goats & chickens that take care of the food waste for us, while the paper is used for bedding, etc…

Now granted that route isn’t for anyone, so why not get a jump on your garden and give it a boost by composting those materials. For more information on this, we covered composting leaves, while our friends Nick from Cupboards & Arne Salvesen of Useful Spaces have covered these topics in more depth. From Nick’s site: composting basics, starting the pile, some kitchen storage ideas, and the Crème de la Crème Blanco Solon System.  Arne has a great article which covers most of the basics & includes a worm type system great for apartment owners and others. I would like to note, that meat & fats can be composted, but most people don’t due to odor concerns and having the next door neighbor’s dog trying to find it. It will break down eventually, but it something to consider. 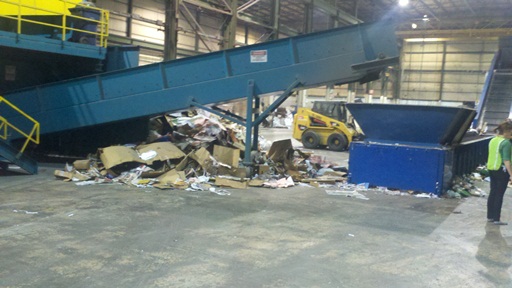 While some people love garbage disposals, we definitely do not recommend them, especially on a house built off the grid. For more – RIP: The Garbage Disposal Unit 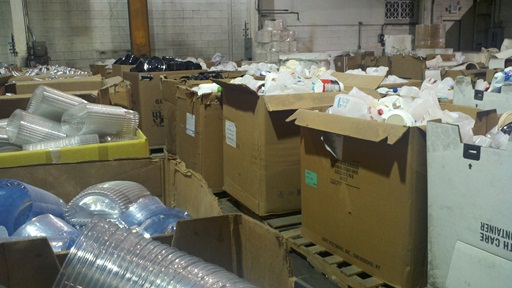 By composting & recycling one of these probably isn’t necessary, but if you rather just bag it out – one of these could come in handy as you can turn a week’s worth of trash into one bag that is leak & odor proof.

The pictures were taken back in May, when a group of us Girl Scouts of North Alabama “Green” program volunteers visited the Waste Pro station in Tarrant, Alabama (nice write up on AL.com). From top to bottom – sorting station, sorting bins, just some of the plastic, and more plastic, to quite a few bundles of cardboard & paper. The scary part, this was a light few days worth of sorting & they don’t handle all the cities in the Birmingham metro area (yet). 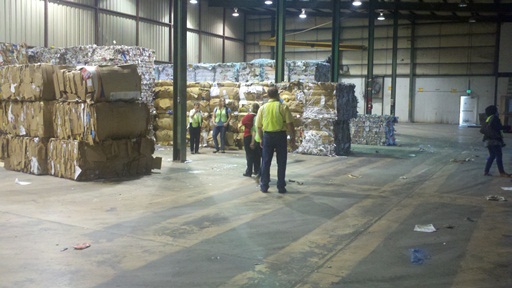