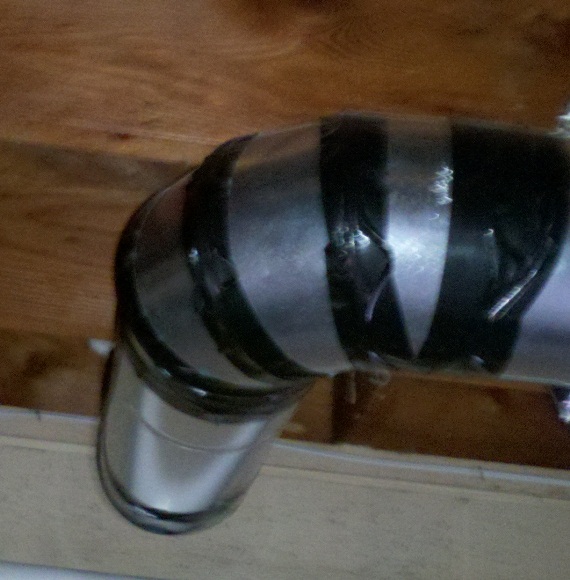 When reading over a contract or talking to almost any contractor there are three items you will generally hear or see; your project will be built to code, we will follow accepted industry standards, and it will of course pass inspection. Shoot, that all sounds pretty good so no worries right? Well let’s take a closer look at this…

An industry standard is defined as “Generally accepted requirements followed by the members of an industry.” Now herein lays an interesting catch as there are numerous industry groups. For example, if you pull a search for “insulation industry associations” there are 3 listed on just the first page with an additional 5 listed in related searches. So if someone was installing insulation, whose requirements are they following or is just what is accepted or considered standard or normal in their market area?

As the saying goes, a picture is worth a thousand words so here are a few from a recent residing job that we had where we pulled off the exterior sheathing. 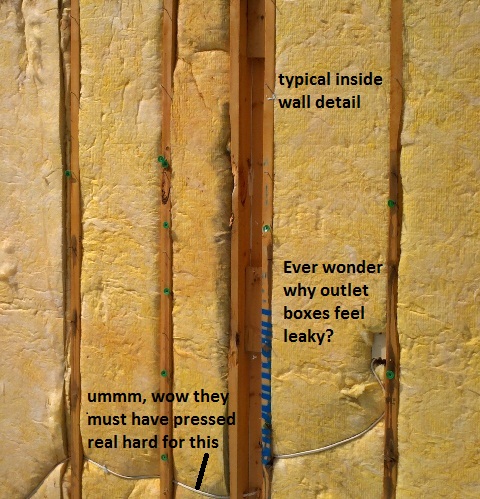 Just to be fair, the “typical inside wall detail” is not the insulation contractors fault, but rather the builders as the insulator does not have access to that area after the sheathing & interior framing is done. The outlet & pushing the wires instead of splitting the batt is a failure to follow the manufacturer’s directions but easily considered “standard” 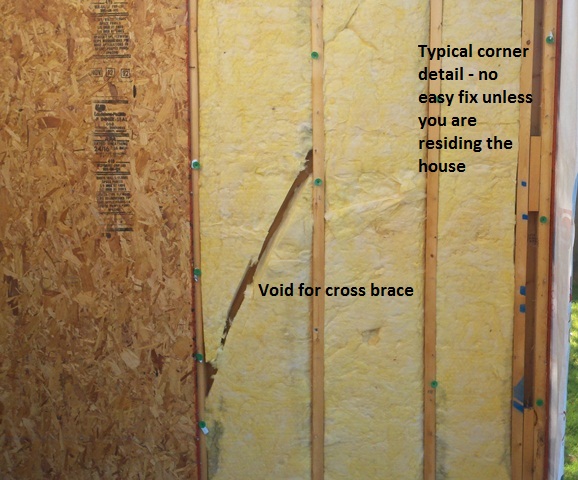 Along the same lines as above – the corner should have been taken care of by the builder or framing crew. While some are good at taking care of this, that is very rare & definitely not a standard in most areas. On the plus side, many framers & builders are moving to 3 stud corners to help eliminate this issue which is a good thing. 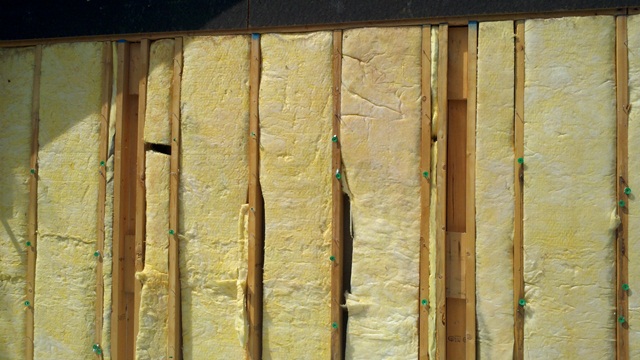 This shows why the default rating level for fiberglass insulation from RESNET & other modeling systems is set to “level 3” or poor. In all honesty compared to many others they did a better job than most. 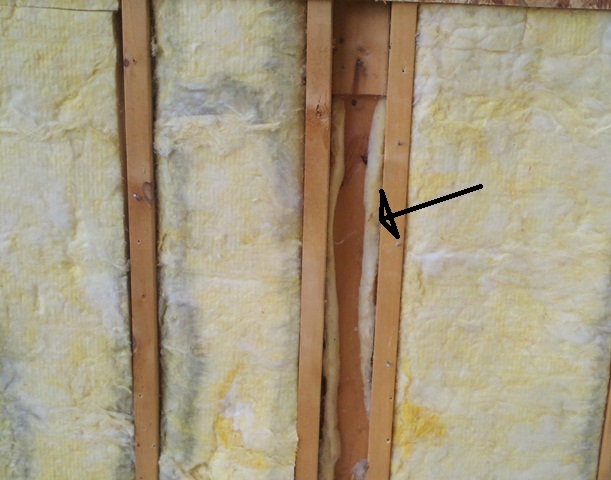 Fortunately more & more of the professional trades are stepping up their game and moving not only their standards but the industry standards up. On the flip side, with different code versions in effect, green building programs, and certain inspectors being tougher than others many companies are now considering & charging based on these different standards.

Just as an FYI – no we didn’t simply follow industry standards & simply re-sheathe the wall without first fixing the insulation first. In many regards like everything else, let the buyer beware.

Know thy Numbers: Electricity kWh Cost
Who & what is NARI and this Code of Ethics you mention?
FAQ: Should I always use the Bathroom Fan when taking a Shower?
BS4D: Saving on Heating Related Energy Costs
BS4D: Building Codes
BS4D: NFRC Labels (Windows, Doors, Skylights)
FAQ: Exterior HVAC units - Should I cover my unit, or... fall & wintertime questions
LEAD FAQ’s – To Test or Not to Test – that is the question
Tweet