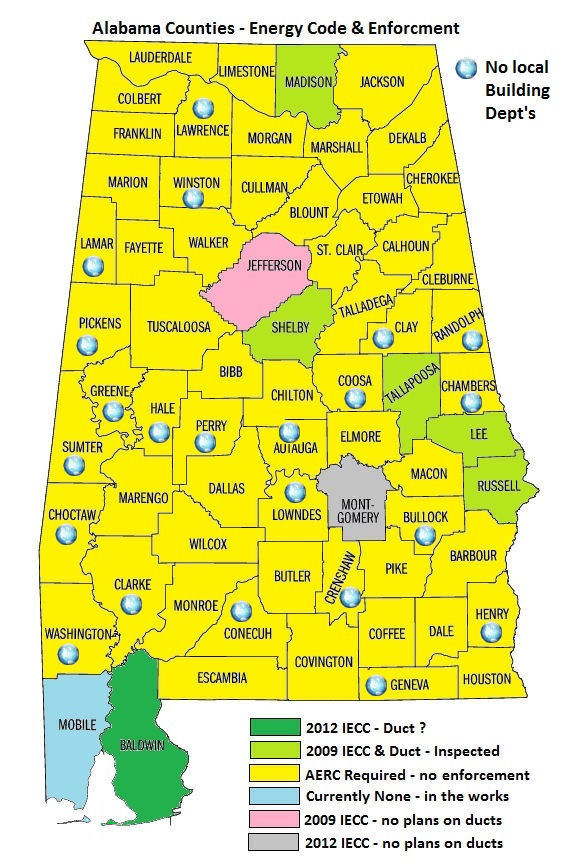 As many know Alabama adopted a new Residential Building & Energy Code which went into effect last October. One part of this was a delay placed on when the mandatory duct testing, insulation & building envelope leakage that was to go into effect today (July 1st 2013). Well welcome to the state of confusion, I mean Alabama as things just aren’t as clear as they may appear.

Below is a picture of an email update that went out from the State’s Heating Air Conditioning & Refrigeration board (yeah ventilation isn’t too important here).  Essentially they state: 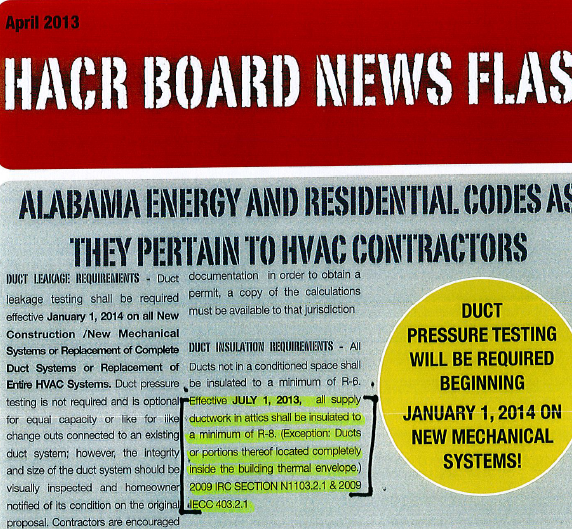 Well there is nothing on their site at all saying anything has or has not been delayed. With that this is a shot of the following “meeting minutes” from April 17th.

Talk about interesting, while they voted to proceed with the process of changing said amendment, they never agreed to the change so in essence the July 1st date stands. Of course as we pointed out in earlier articles, they have no enforcement powers so it falls on the applicable boards, Inspection Departments, & everyone’s favorite – the lawyers. 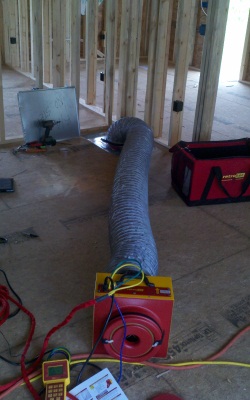 Well for cities like Vestavia Hills & Pell City any apparent delay won’t affect them as they already require it. For many of those that have adopted the codes, the change also won’t matter to them either as it was passed with the date listed. For some of the others listed on our Code Adoption page, they might just delay it. (Unfortunately due to scheduling issues, I haven’t been able to update the sheet since February, but will be getting to it early next week)