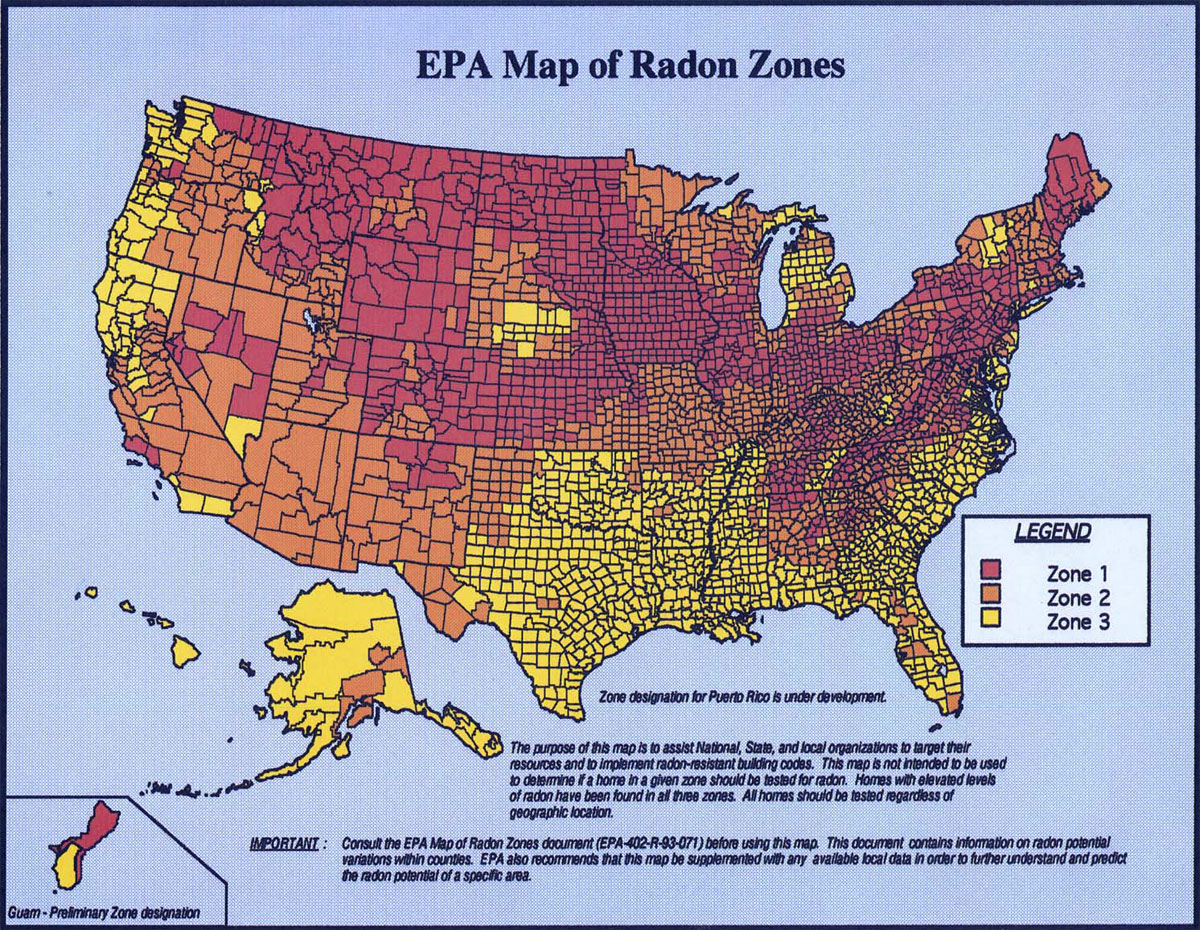 As many of you probably already know, January is National Radon Month. Just like CO, it is an odorless & tasteless gas; however, unlike CO there are no warning signs that it might be affecting you until it is too late.  It is estimated that elevated levels are found in 1 of every 15 homes nationwide with over 21,000 lung cancer deaths a year being attributed to it which makes it the leading environmental cause of cancer. While Radon can & does pose some serious health risks, it is simple to detect and even easier to virtually eliminate when building new or doing a major remodeling project.

How it enters the Home:

The most common method people attribute to radon entering ones house is due to “the air pressure in your home is lower than that in the soil” thus leading to the gas being drawn in through cracks in the foundation, etc… The second most “well-known” method is via well water and that is well beyond the scope of this article.  Ahhh it’s too bad the first reason doesn’t really hold water.

While it is true that radon can enter via a vacuum aka stack effect, that isn’t the only way & I would dare say not the primary mechanism. Radon simply starts off by following the fissures or fractures as it essentially seeks its own level which in some cases is aided by ground water. When it finally reaches the atmosphere it can easily attach itself to dust, aerosols, and other particles & continue to move around. This is one reason when testing your home, they tell you place your house into winter mode so that nothing disturbs the amounts normally entering the house.

If you are just starting out designing your new house the fix is not only easy, but very inexpensive. For the most part all you need to do is possibly upgrade the plastic under your slab, grab some 3 or 4 inch PVC pipe, a few fittings & add in a junction box in the attic & one in the house. The in house one is not shown on the diagrams as they are not taking into account the 2009 IRC Appendix F & drew this up per the 2000 standards. That is simply to be used as an alert beacon in case there is an issue with the fan if you have to go from a passive system to an active based on test results. 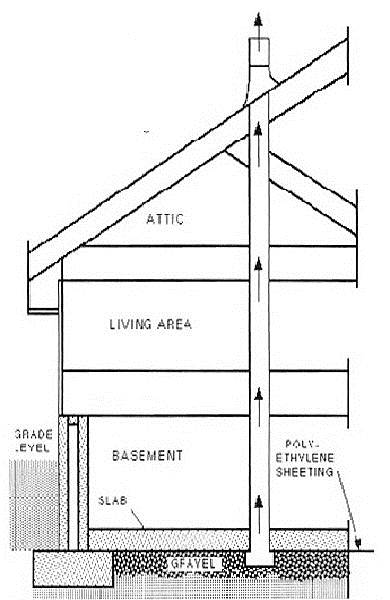 But what happens if you are not going to have a slab – well basically you do the exact same thing as you would do above & what is already required by code. The only real change from above is you now need to add some perforated drain tile to help capture the radon. 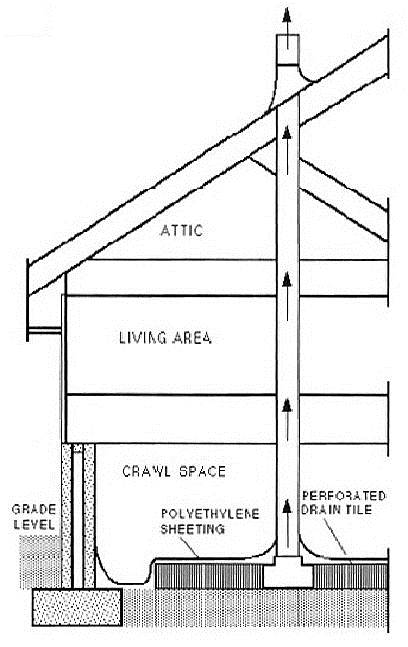 So what happens when you run your test’s again & the results come back saying that the passive system just isn’t cutting it? It then becomes time to turn your passively venting system into an active one by cutting the pipe in the attic & installing an inline fan, a switch, and a warning light in the house in case the system fails. On the good news front, your initial investment ($200 to maybe $300) & the cost to activate it ($400 to $600 depending on where you live) is a lot less than the $2,500 to $5,000+ it would take to add one in after the fact. 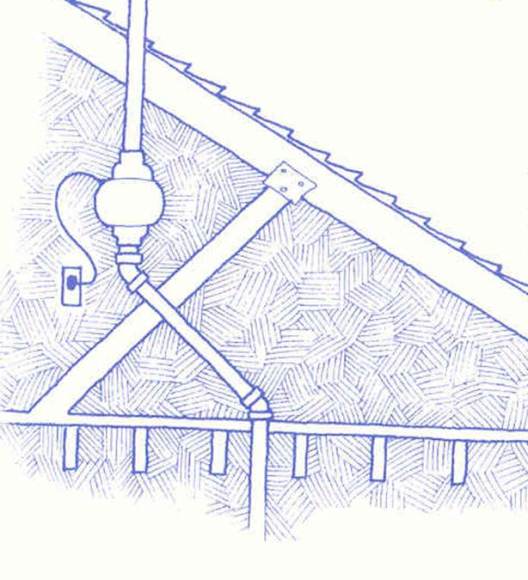 Ahhh but what happens if you didn’t run a pipe up through the house & into the attic and instead just capped it off in the basement. Well you can do some major drywall work, or you can install the fan in the basement & direct the flow outside & up the side of the building.