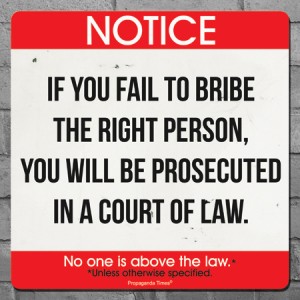 It seems like the first thing off everyone’s lip before hiring a contractor to work on a house is “make sure they are licensed”. Well would it surprise you that 15 states do not require one to be licensed, another 6 states require it only if you are doing $10,000 of work or more on a house, and one only requires it if you work in counties that have a population of 100,000 people or more? Shoot to make it even worse, in Florida you can either work as a “Certified” contractor anywhere, or just register with each locality you work in. Out of the remaining 27 states quite a few only require one to register with the tax department & they consider that the “license”.

For many consumers & even some contractors the differences can be confusing & it becomes a nightmare to figure out. With that in mind we created the following spreadsheet which lists the state, the 2010 census data, and a quick synopsis of the license requirements for Residential Remodelers, Builders, and trades specializing in replacements (roofing, siding, windows, etc…) The links provided should either direct you to that State’s primary licensing body or in the case of those without one to that State’s “Secretary of the State” office where all the various types of corporations should be registered.

As an FYI – we did not include “specialty” trades like HVAC, Plumbers, Electricians, Gas Fitters, or well drillers as many locations have separate boards or licensing agencies that oversee them.

About a year ago, Alabama introduced a “limited” license which is essentially the same as the regular Home Builders license with 3 major caveats. The first one is that the holder is not required to take or pass the code & business test. This in turn means that anyone holding that license cannot do anything that involves structural work or if it involves more than their trade. The main reason for this new license – the doggy door & exterior work defense…  (No I am not kidding) As an FYI, the $10,000 threshold includes the total of the contract for any and all work done on the property and has been successfully prosecuted in court numerous times. 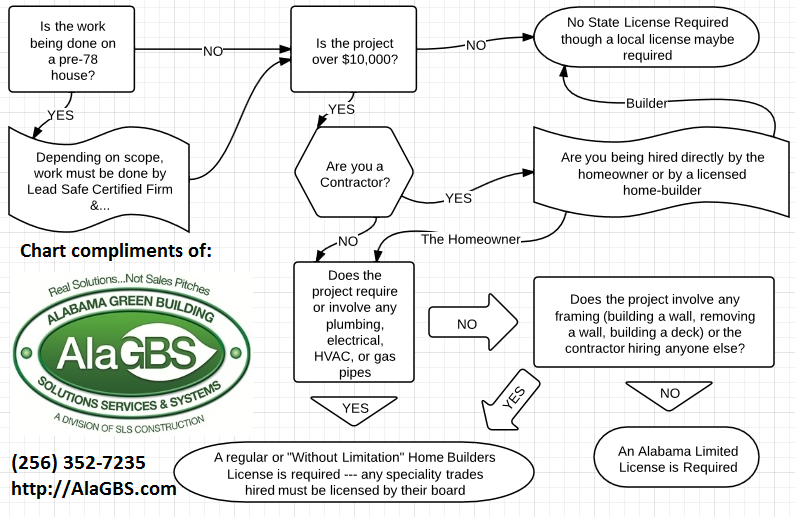 Interestingly the State of Alabama has lately been going after contractors for not utilizing a written contract. While I am frankly surprised that anyone isn’t utilizing a written contract or asking for one before handing any money over (especially for projects over 10K), I was wondering when did they change the regulation as I didn’t recall seeing it in there. Well guess what, they didn’t actually change anything, it has always been there – just it isn’t where one would expect to find it.

465-X-5 (aka ENFORCEMENT AND DISCIPLINARY ACTIONS) -.07 (1) — The Board may revoke or suspend the respondent’s license as a residential home builder in Alabama, may require the successful completion of builder education course(s), and may levy and collect administrative fines not to exceed $2,000 per violation of the Act or these rules: 4. Civil Complaint (e) upon a finding by the Board that the licensee has failed to use a valid written contract when engaging in the business of residential home building.