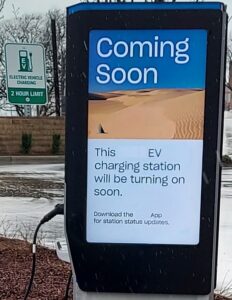 In the last two pieces we have focused mainly on “regular” gas and electric cars as diesel isn’t even an option in that arena anymore. Now when you get to trucks and SUV’s, diesel is still very much alive and well. Another facet we haven’t explored yet was towing – while we did cover long trips, we left towing out as it doesn’t figure into most people’s “regular” usage, and it fits better into this piece. As a quick recap, here is a quick look at the major topics covered in the prior pieces which gives us our base to build off of:

As mentioned before, the times have changed from gas versus diesel to now include electric – so just which vehicle would be best? Well like most things the answer is “it depends.” Well let’s take a look at all three options, some gotchas many don’t tell you about & even skewer a few old wives tales, and let you make up your mind as all three options have their pros & cons. 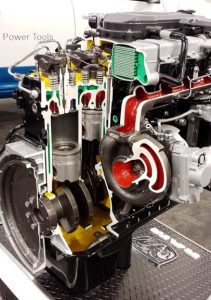 There have been so many articles on Gas versus Diesel in regard to trucks it isn’t funny. The problem is most of that information is now outdated and worthless. As we discussed in our Part Deux article, maintenance on regular vehicles has been reduced so what was once a savings, is no longer one and in fact can run you more now on diesels. Diesel fuel prices also used to be lower. Well once again – not anymore, with many paying a penalty for the newer cleaner diesel fuels. Don’t forget this new DET fluid you also now have to add. Another downside is finding a mechanic that does work on them – in many cases you are looking at taking them back to the dealer for normal maintenance.

The only saving grace for diesel is still mileage / MPG. This is especially true if you haul a lot of people, material, or trailers – but we will cover that more below. But wait my 4-cylinder truck can… yeah, yeah, see below.

Well how about electric trucks? Well, the verdict will be out for a while as most are still stuck in “production” stage. How will they handle with a bed full of concrete block or pulling a trailer up a hill? Shoot how will they perform long term – well only time will tell. At this moment only the Rivian has been out for a month or so & Ford’s will finally be released in the next few months, As for Tesla, well by all accounts that deposit you paid for a few years back might not bear fruit for another few but hey it is a Tesla right? Personally, I am not sure you ever will see one as they are simply trying to keep up with current demand for their cars and that would mean splitting their efforts.

If you are considering an electric truck, I suggest checking out the first few pieces especially as it relates to charging times & stations as these do have much larger batteries and will take a lot more power / time to charge. One other factor is distances – most trucks with the largest battery packages are sitting at a 300-mile range. Is that enough miles or do you have to now factor in 1+hour stops to “fuel-up”?

Wait what – a diesel SUV? Yep, I was surprised also at how many are popping up, but it does make sense especially when car manufacturers have to meet federal mileage goals and these things aren’t known for having the greatest mileage. No folks – I am not talking about those pregnant cars masquerading as an SUV, I am talking SUV’s that can hold 5 or more real sized people, have room for a teams worth of gear, etc…

Towing, carrying lots of sports gear & kids all the time – a diesel could be your best option (see Trucks above). Electric? There are none that size. Small to mid-size ones you are generally looking at a hybrid. The catch is the batteries are super small and you will be burning gas at some point due to this and their poor MPK which is barely better than some of the Sport Car EV’s out there.

Did you know some Tesla’s can tow a 5,000 lb. trailer? Well, they can and this piece is a very interesting read on what it was like, and the issues faced on one road trip. As mentioned in it, it is pretty rare to see a car towing anything like that. One reason is that in the past, towing things is generally reserved for trucks or SUV’s due to their additional size & weight. With that said due to the weight of the car, low center of gravity that might be a safer option than I have seen compared with some other gas vehicles towing similar setups.

In the towing arena &/or carrying loads in the truck bed – diesel stands on top for being the most cost effective. The reason – gearing, torque, running at a lower RPM and they are just plain setup that way. For those with 8-cylinder gas engines (that might even be setup with the same gearing) we were happy getting 10 MPG when towing compared with 15 to 20 for regular driving. Want to try that with a 4-cylinder engine – try 5-6 MPG. Most diesels either keep the same MPG rating while some have stated they actually get better mileage when they are loaded down (yeah it might also be because of their driving differences between being loaded and empty to…) 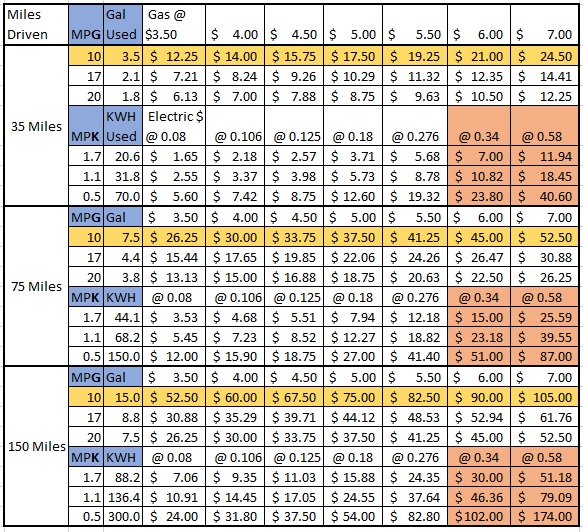 This chart is based off the prior charts but with a few tweaks related to towing & loads specifically. The first you might notice is we bumped up the gas prices not only due to the current price hikes but because diesel is generally more expensive (though that can vary by region & circumstances). We also added in a few new MPG & MPK numbers along with 2 common “supercharger” prices.

For MPG – the 10 is essentially for those using a V8 towing moderate loads. The 17 & 20 are for diesels as some of the older ones average 17 while some newer ones…

Supercharger stations can definitely factor into charging costs as you might not be able to charge it overnight at the yard or your home. .58 is somewhat worst case for those charging during peak hours while .34 is a more common number. Unfortunately, most places will not give out there numbers (anymore) unless you are on their app in said vehicle especially as costs vary. Sticker shock??? Shoot some places as mentioned before charge by the minute – some up to a $1 a minute – whether you are still charging or it is just sitting there waiting for you to finish your dinner across the street. Also remember supercharging only gets you to 80% then you have to top off at trickle charge pace.

This will be interesting to see how this plays out – do campgrounds charge differently based on your vehicle or raise rates for everyone? The other catch is do they allow for charging at your site or require you to use a stand-alone charger. I would think most will require stand-alone chargers as most campgrounds aren’t setup for the loads that would be required for multiple cars to be charging on top of the loads required by the regular RV loads.

So you want to go electric only for your camper? In all reality it isn’t to hard, as most refrigerators & water heaters run on both gas & electric – so eliminate the tanks & run electric only for those two. The only real item left is the stove which can easily be swapped out with an induction cooktop. The catch – if you don’t have electric power your batteries will only last so long so enjoying a nice weekend boondocking it will be short especially if you want AC, hot food not done over a campfire & a warm shower or two. Ahh but I have a generator – ahh, the irony. Larger batteries –  a lot more weight, worse mileage towing & once again – limited life.

Ahh but the new Ford truck has… You know I think we will have a part 4. But in short, remember that it has a limited size aka it probably won’t last a day, you are limited on circuits it can power much like a generator & just like a generator you have to have a transfer switch, cutoffs, etc…

Electric only Class A, B, or C?

To my knowledge none are on the book now BUT with the advent of electric semis they might not be to far off. The catch will be the same for the semis – very limited range. Most are considered “last mile” type vehicles and are designed for up to 150 miles a day while some can go up to 275 miles till their empty. Assuming you have access to the “semis” very high speed chargers (bigger than you see above) – you are looking at 80% charge in 60 to 90 minutes which could theoretically get you another 120 to 220 miles before needing to fuel up again.

In closing I hope the articles above helped clear up some confusion and gave you some things to think about. Like many things the question of what is best is answered with it depends… All three options have pros and cons which depending on your usage can swing things one way or the other. For many an electric car is perfect fit, for others it just wont fly but it is something you have to think about beforehand & you are sitting in the dealership. For those considering going electric – look for a fourth piece which will be about your house or business location. Is “pre-wired” actually worth it if…

FAQ: Why are my windows always so drafty during the winter?
FAQ: Why are my windows / walls wet or have ice on them?
Industry Standards 101
BS4D: Termites
FAQ: What decking material should I use
FAQ: Should I always use the Bathroom Fan when taking a Shower?
BS4D: The HERS Index & Score
FAQ: Bifold door knob location
Tweet