You are here: Home / Working Outside / Safety Sunday: Dig safely 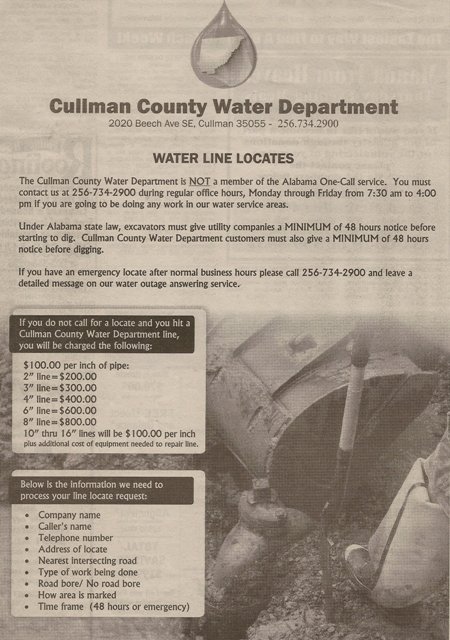 Last Sunday as I was driving into town – there sat the water company fixing a water main break on one of the back roads. At the time I didn’t think much about it (except for feeling a little sorry for them), until this ad ran in the local papers not 3 days later. It was simply reminding everyone that they must call and give at least 48 hours notice before digging. After doing a little bit of research, I was shocked to learn that there were at least 135,621 incidents in 2008 alone. (Common Ground Alliance) 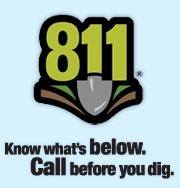 Out of all those reported, 9% or 12,554 of them were related to Home Owners and Farmers, with the bulk issue being, they never called to get the lines marked. Fortunately, the good old days of calling each utility up & waiting at least a week for them to mark their lines (and hopefully in the right area) are long gone. Back in 2002, the Pipeline Safety Improvement Act was signed and amoung one of its many requirements was that a Nationwide Toll-Free Number be set up. On May 2007, the 8-1-1 system was implemented and is now in use nationwide. I have used the new number a few times, and on average, it only takes a few minutes and the lines are marked that day or early the next one. (In Alabama, they have 48 hours to mark them) 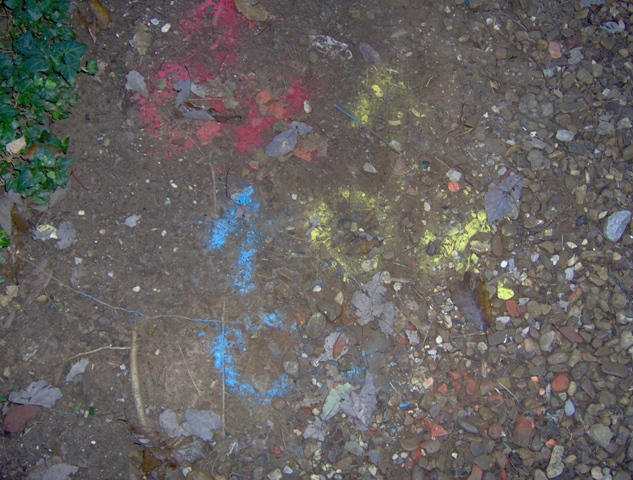 While this picture is not the best, you can easily see three sets of markings that are red (Electric), blue (Water) & yellow (Gas). If you look real hard (bottom right), you might be able to also spot the fourth orange (Communication) mark also. Based on where we were working, they simply drew an arrow, and wrote OK to signify that none of their lines happened to be in that area. 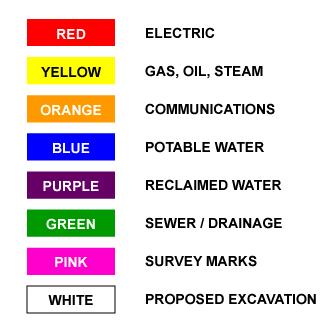