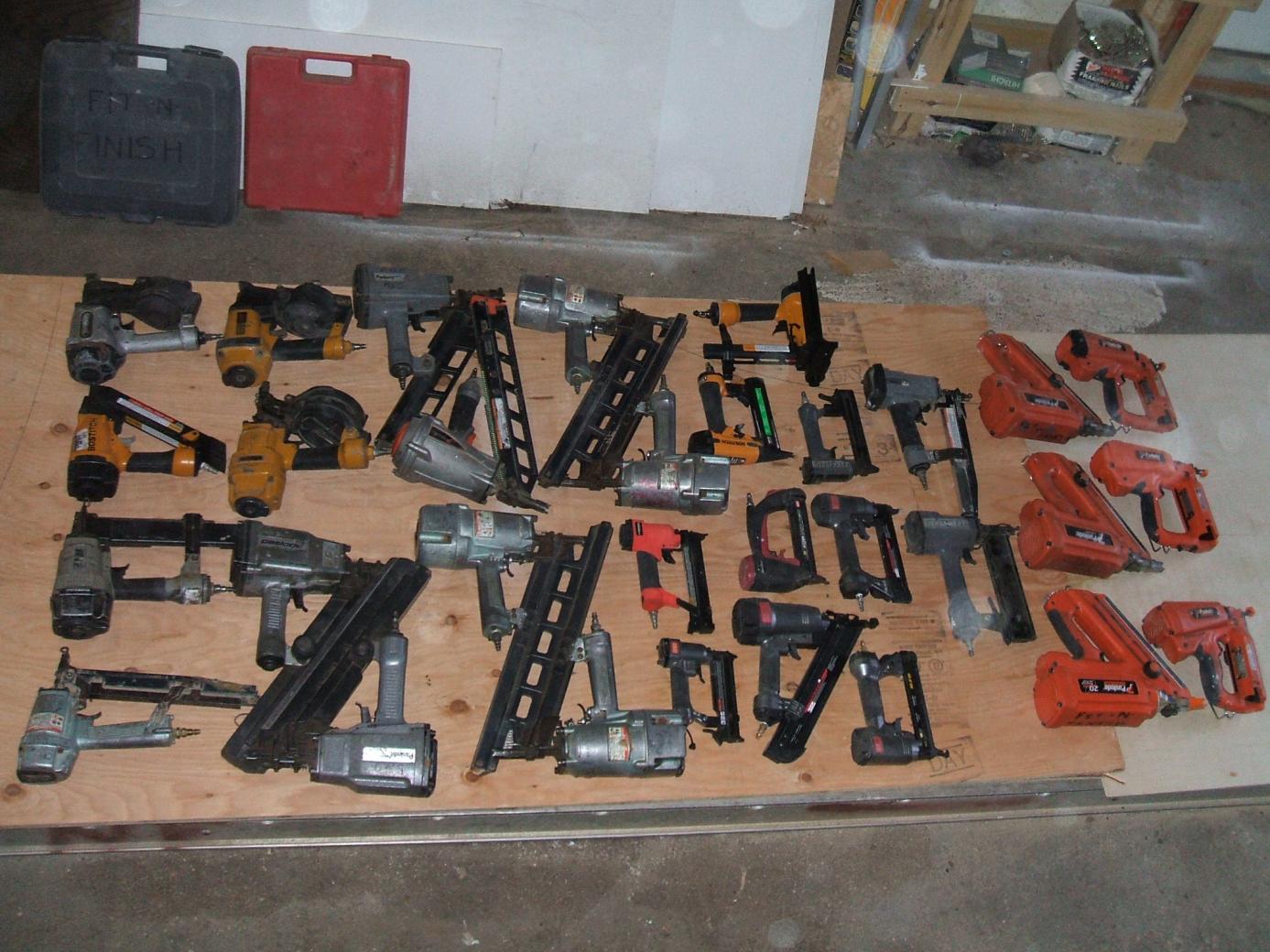 This last week, the alphabet soup of worker safety (NIOSH, OSHA, CDC, DOL, & DHHS) put out a new brochure on Nail Gun Safety . Overall they did a real nice job, especially describing the difference between the firing mechanisms, and an extensive list of do’s & don’ts. One of the most interesting items I saw, was a study they did of the union shops & their apprentices; where 40% were injured using a nail gun during their 4 years of training, of those 20% were injured twice and an additional 10% were injured three or more times.

Based on this same study, over 50% of the reported nail gun injuries were to the hand and fingers, 25% of those hand injuries involved structural damage to tendons, joints, nerves, and bones. After that the next most often cited injuries occurred to the leg, knee, thigh, foot, and toe areas. While I have not seen a study for non-union shops, I would surmise that the overall rates would probably be lower, whereas the affected body parts would probably remain about the same. So in that light, here are the top ten safety rules for using any air driven nailer, stapler, or other such device.

The air hose is the lifeblood of the nailer; do not carry the tool by the hose, do not yank on it trying to get it past an obstruction; and be careful of what is near or by the hose so you don’t knock something over, trip someone, fall, etc… When disconnecting the hose, make sure you have a firm grasp on both the nailer & the hose connector.

I would like to thank Riz aka the LoneFramer for allowing us to use the photo of his “small collection of nailers.” While I occasionally like to give him grief for all the photos he posts of his work, I would have to say I don’t blame him in the least for showing off his mad skills. If I had a project up in his neck of the woods, nobody else need apply, as he would be my first choice for the rough & finish carpentry.