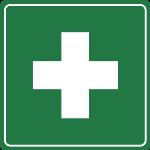 STOP – DROP – ROLL; In case of emergency, stand and move in an orderly fashion to the nearest exit; In case of smoke, touch the door with the back of your handbeforeopening it…  I am pretty sure most everyone reading those words will automatically picture where they learned them (practiced / heard) and maybe even darted a quick glance at the nearest door. That is the power of visualization and role playing which while it will hopefully never be needed, it could just save your life.

It’s not just for kids:

While many may consider this just a way to teach kids what to do in case of fire, it is constantly done every day by many of us, sometimes without us even realizing it. While cutting down some more trees this morning one of the first things I did (just like many lumber jacks do) was to look for which way I was going if it all went wrong.   If you have ever taken a defensive driving class or had training, you may recall that while you are constantly scanning (oh come on – it’s the mirrors, speed, and what’s in front of you – not texting, your make-up, or the news) you should also be looking for two escape avenues in case you can’t stop in time, someone swerves into your lane, etc… For police officers and those of us who have been in the military we are also trained to watch out for that & other “hazards.” This doesn’t even start to include the training & simulations first responders, pilots & many other groups are required to do yearly.

I can see the tree cutting and fire steps applying around the house, but how does this apply to other items? As many of you know, we are big on stating that one should read and understand the directions, while also wearing the appropriate gear when using tools around the house. If you are not familiar with the tools, while you are reading the directions one should be holding or looking at it so you know where the shut off is, any safety’s, how to engage something & any issues you might face. (i.e. I am really close to the blade if I need to change this, so maybe I should…)

In the case of Mother Nature, one should also have plans made up based on the hazards they may face. If the levy breaks & the house starts to flood we have this gear here & we will head… In case of tornado, we will head…  While this is helpful if you are in the house, what happens if you happen to be caught outside, or in your vehicle – what should you do, where should you go? Knowing what you should do without thinking about it can give you those few extra seconds that may just leave you shaking your head thinking how lucky or blessed you are, to becoming a statistic.

In some cases, luck does play a big factor, because if the EF4 that went over our house was on the ground, I wouldn’t be writing this. In my case, I actually happened to be on our front porch at the time. Within seconds it went from a cloudy yet peaceful day to a mini nightmare of trees being blown down, vinyl siding getting embedded into said porch & me staring in disbelief as a 50# rocking chair was picked up & flew right past my eyes towards my truck windshield (and it fortunately clipping the hood & just barely breaking a small section which still left it drivable).  All I could do was duck behind a 6X6 post and watch. While the door was basically at my back, I would have been forced to open the storm door into the blowing wind, & trying to hold it open against that & the debris as I stepped around it.  Fortunately in about 15 seconds it was over & I ducked inside before another quick wave of wind came back and decided to give us one more taste.

The dreaded “this can’t be happening”

One of the first reactions people have when thrown into a survival situation, being involved in an accident, or looking up & seeing an oncoming car, etc… besides oh chit, is this can’t be happening to me (aka denial). In many cases though instead of thinking that from a safe area or over a beer later, people lock up or freeze which can not only cost themvaluable time but the chance to go have that beer.

I remember the first “accident” I was ever involved in didn’t need to happen.  While traveling down a 7 lane road (3 each way & a turning lane) a lady just pulled out from a store and was turning left. I saw this and while I was surprised at how little room she left I wasn’t too worried as she had enough time & just to be safe I took my foot off the gas. Unfortunately, she looked up, realized her mistake & instead of just hitting the gas or hoping she had enough room & completing her maneuver she just froze & hit the brakes. Oops, she just killed off all my escape routes as swinging left was not an option & a car was on that side of me. All I had left was hitting the brakes & then her.

So how do you prevent the dreaded freezing or improve your chances in case something bad happens? The first item is to be aware of your surroundings, and know what you might do if something does happen. The second of course is to try to avoid getting into those situations in the first place. For many though, it takes something to happen before they never look at something the way again.

While I could explain situational awareness, color levels, etc… it really doesn’t help many people without them being able to really visualize it with the item in their hand or role playing it. One item I might recommend is a self-defense course where they not only help you learn to defend yourself but actually look at a situation before it becomes one.

In many shops, or job sites some have implemented programs like Take 5 where they encourage everyone before starting to work in a new area, or before recommencing work to take 5 & scan for any possible issues and either alleviate the problem or work around it. Some have them write down 5 items they notice before starting. While I have a few individuals that I have recommended the first one to, for many it is almost second nature & mandating it or lord forbid the second one would be counter-productive & they might miss something they wouldn’t.