You are here: Home / Miscellaneous Articles / A Contractors Oversight Turns Into My First Big Project? 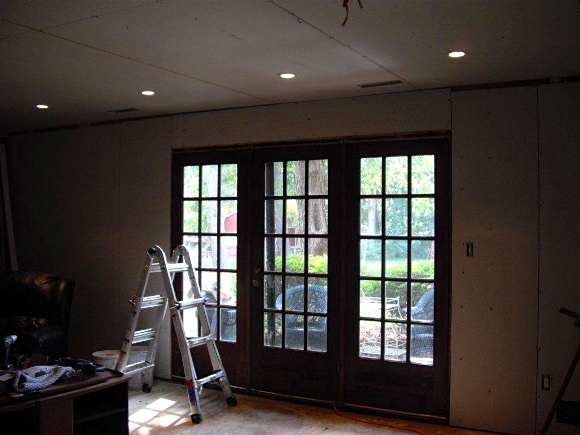 The next two weeks we have a guest blogger joining us for an interesting spin on a DIY project. While we generally don’t do articles like this, he agreed to let us use his project to help draw a few lessons out as it relates to industry standards & codes. The guest blogger is Jay Preston who used to live in Alabama & now works as a Brand Manager for ToolHQ, aka Australia’s leading online tool supplier.  So with no further ado…

Maybe it is just me, but it seems like when I start a project, I never get to do just that project.  One thing leads into another and before I know it, a simple thing like replacing the dryer vent turns into a complete room remodel.  It’s my fault, that’s what happens when I start messing around with things.

My wife and I moved into our new house (ok it was built in 1974 but it was new to us) because I was relocating for work.   She went to look at houses and found one that she loved along with the neighborhood and I trusted her enough to buy it after I looked at some pictures. Ahhh, too bad the pictures didn’t quite show the age of the home as well as my eyes eventually would.  Needless to say, there was a little more work than I was expecting.

It wasn’t long before some things started popping up after we moved in, but the one that really got my full attention was the leak in the ceiling down in our den.  Our den (aka the kids TV room) was the one project that I was dreading because it was still all original.  And by original, I mean that the fake wood paneling was still on the wall and the big wood and brass ceiling fans were still attached to the ceiling that was covered in old fashioned popcorn texture.

I had to open the ceiling up, so I cut a hole through the drywall to figure out what was going on.  What I found was a flexible dryer vent, (the kind you use behind the dryer), run through the length of the room and vented to the back of the house. The problem with this was that because it was flexible, the lint had been collecting for years and now the moisture was collecting in the low spots from the weight of the lint. You would think that a professional contractor would have anticipated something like that.

I could understand running the vent to the back of the house, as a vent on the front of the house might not have been as pleasing to the eye, but running a flexible vent through the ceiling, across two rooms is not the smartest idea in the world.  You would think that the contractor might have given it a little more thought.  Needless to say, I found my first project.  Or, I should say, my first project found me…

Great, I just needed access to the duct in the wall and the ceiling and replacing those two spots in the bathroom would be easy enough.  But the bathroom is pretty small, and the contractor thought that it was a good idea to have the door open into the bathroom and so it hit the toilet every time you opened the door.  Another strike for the contractor, but not to worry, I’m sure he’s retired now, probably relaxing on some beach.  I had the drywall off, so I thought that I would go ahead and install a pocket door while I was working in the wall anyway.

Well we are going to leave it here at the moment & finish this off next Monday. So is this extent of the dreaded while we are it disease, did he ever get the ceiling fixed in the kid’s TV room, how much & just how does it look now – I guess you will need to tune in next Monday to see. I would like to thank Jay Preston once again for the piece & for being such a good sport.

The Rationale for Getting 3 Bids?
Guest Post: 106 Yards Later part Deux
To DIY or not to DIY – that is the question
Illinois Greenbuilt Home Tour
We have moved...
Guest Post: 101 - Hiring a Construction Lawyer
Let’s Blog Off – What makes a House a Home?
Mortgage Loans Tips & Tricks
Tweet