You are here: Home / Miscellaneous Articles / Facebook and the Blue Suede Shoes 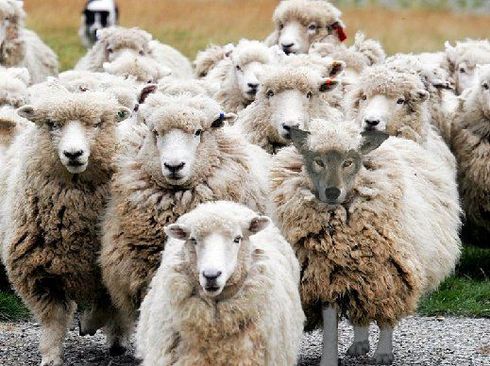 If it’s Tuesday, and we utilized a wacky title, it must me another “Let’s Blog Off” post, right? Well you would be correct, and who could resist this one – “Do social sites like Facebook connect the world or isolate them?” As always, we will have a listing of the participating blogs at the end, or you may also follow the links above to see who else has joined in the fray.

As you may have noticed from prior Blog Off’s by all the great wordsmiths that participate, sometimes a few of them will take off on a very different tangent. Well in this case, I think I am going to join them. In this case, one particular line struck a chord with me – “If you listen to the chorus of talking heads, online activity is ruining human interaction and social sites are the province of the self-aggrandizing and the desperate.”

Facebook, aka a simple (but not yet so simple) website that is simply comprised of a bunch of 1’s and 0’s aka bits & byte’s has the power to bring down society? My god man, it sounds like we should just shut it down & throw all those responsible in jail. Maybe if we did that, all those poor lost souls will magically be granted those missing and damaged social skills & all will be well…

Blue Suede Shoes, Heavy Metal, Video Games, Television, and even the Telegraph all have something in common – yep, they have all been blamed for society’s problems or at least a good portion of them. It is ok, you can admit it – I have people tell me that the music I was listening to when I was younger was the work of the devil & the cause of today’s problems and I am sure you have heard something similar. The funniest part as I was talking to one of these individuals once and listening to how his parents when on & on about Rock & Roll, especially Elvis, and them Blue Suede Shoes. I personally think the irony was lost on him, but I never forgot that conversation and liken this argument as this year’s new blue suede shoes.

Just like the Telegraph, the PC, the Television, and the Internet, Facebook has majorally changed the landscape and how the world is viewed. Now granted all of these items and many more have had some negative impacts, but is it really the fault of the technology or the guy that has his head down updating his Facebook page when he steps out into traffic? Can we really blame the actual TV, newspaper, or other venues for the “reporters” or “bloggers” spewing out their so-called news or analysis? Ah hell, who knows maybe someone can create an app for personal responsibility, and maybe some common sense… Hey, one can hope, right?

As for that picture, well let’s call it a subtle reminder – just because some one “friends” you or “likes” something, doesn’t really make them your friend. If you would like to friend me, well I am sorry but you will have to follow me on Twitter, Linked In, the HTRC, or on any of  numerous forums I particpate on as I really don’t like Facebook’s policies or have the time. Speaking of time, if you happen to have some, you might want to check out some of the other excellent posts in this weeks LetsBlogOff.

New Year's Mailbag of FAQ's
Another hotel, another city – Why?
Daily5Remodel: Socially Connected Remodelers
Organizing the Refrigerator & Freezer
Who says you cant make money playing with LEGO's?
Why you shouldn't ask, what color should I…?
Welcome to the Resource Center for Homeowner's provided by SLS Construction
Of Blogging Contests (and a humble request or two)
Tweet