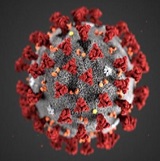 Has it only been 5 weeks since those Stay at Home Orders started coming out? Originally they were only supposed to last two weeks to help “Flatten the Curve,” then the talk started about the models… Now it seems like everyone has thoughts on should we extend, how we step it down or should we finally be allowed to get out & live again? So how should we move forward while allowing people to feel safe? Here are some of my takes & we would love to hear yours.

Infrared & We reserve the right to refuse service to…

In the utter ridiculous corner, “all customers & employees should have their temperature taken before…” So let me get this straight, you want to take my temperature with an item that has touched how many people before hand?  Hmmm well lets wipe it down between uses which will… only destroy the sensor making it useless. Topping it off, in order for someone to take said temperature you are definitely closer than 6′. Yeah I would pass on this establishment. 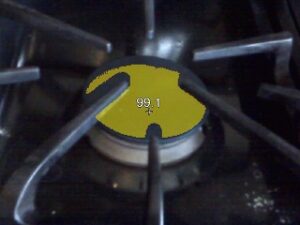 Real idea – how about using an infrared camera attached to a TV screen with the color alarm feature turned on? What is this you ask? Well if you look at the image on the left you can see that it ignores any temperature below whatever you set – in this case 99 degrees. So in real time, you would see everyone coming in, but if someone was running a fever it would pop out & catch your eye.

Best temperature I would say should either be 99 or 100 degrees as many people run below this normally. If someone trips the alarm, (assuming they didn’t just run in the building from a block away) they get turned around & told about touchless services being offered. For employees, well I guess they have a sick day or 14 in their future (and advice that on time is late – 5 minutes early is on time).

One of the best things happened just before we went into lockdown – the restaurants finally pulled all the crap off the tables leaving enough room to eat comfortably. I vote for this to be mandatory now & from here on out. If someone wants salt, pepper, ketchup, whatever it is brought to them. Drink specials, etc… can be handed over with the clean menus.

Can we say enough is enough? We used to swipe our credit card & we could start pumping gas. Now we have chipped cards (which are more secure…) & now they need our zip code typed in also – really? Supermarkets & everyone else is not allowed to ask but it is a safety requirement at a gas pump? No one should have to touch a key pad or screen unless they want to enter in a rewards number – no having to type in our zip code or decline getting a car wash.

Along those lines – if you have a reward card you swipe you shouldn’t have to then enter in a PIN number to prove it is you if buying something.

So everyone should get out, exercise, and breathe the fresh air per the CDC and other health professionals but then the they close down the parks, paths, beaches & everywhere else people can go? Of course Florida hit the news because they finally reopened them but they were overcrowded as they capped the hours – really? I wonder why that is – best to limit occupancy with parking if need be and allow people to wander in when they want / don’t bottleneck the hours. If we ever happen to go through this again, don’t be stupid, enforce the “order” for those breaking it (this does not include a pickup game of basketball – which is only 4 to 8 people – stupid but still in keeping with )

Talk about a can of worms, but should all our manufacturing for “needed” PPE (and other items) be based overseas? Along those lines, should manufacturing / processing plants located in the US be almost solely staffed by another country that owns it? Sorry but we need to bring more manufacturing home or at least closer to home &/or instead of having companies having to completely retool to do something – already have the dies & equipment already located there. Much like the beer companies that turn production around to produce cans of water for hurricane relief.

Governor’s Out – Time for Local:

Sorry, but if the “President” doesn’t have full authority (which he doesn’t) neither do the State Governors. How many states are fully locked down with the issue only happening in major metro areas? Should the local officials follow guidance from the State Health Officials – yes but the local officials know their areas best, just like each state does. With that – there should not be a patchwork of regulations and they all need a summit provision which must be extended every month as necessary.

You would think that most hospitals are completely overrun & needing equipment like you wouldn’t believe. Sure in some areas but for most of the country & if you look at this states “confirmed” (not hospitalized) you can see a lot of areas where the hospitals in a county might just have a few cases if any. The problem is all hospitals shut down all elective surgeries and with hardly any cases coming in many healthcare facilities are going broke.

So when this first hit we shut down all the schools – you know K-12 I can understand somewhat (as many households have grandparents living there) but the universities with dorms, yeah that wasn’t a good call. Instead of having all these kids flying home where they are bored & want to go out – they should have been able to stay (where they have wi-fi access) and continued schooling. But what about the professors that might catch it – well they can still teach class, just no one is in the class – rather the students tune in from their dorm room. Now if the pandemic were different it might have been a good call but this one???

The ridiculous – anyone outside must wear a mask. My favorite – at all times (including while you are in a restaurant) you must wear one – still don’t know how you are supposed to eat. The reality is that unlike seatbelts, they just give a false sense of security; especially as most people don’t wear them properly, care for them, have enough for a regular day, etc… For more on how to do the above: Safety Sunday – Masks, Respirator’s & COVID19.

Better yet is all servers, clerks, those in direct contact with numerous people should wear an appropriate mask & are given enough for a full day (4). For those in high risk area’s, are at a high risk, or just need their blanky, they should wear one (and bring a Ziploc baggie for “cleanable” ones). For those that are sick – don’t leave your freaking house unless going straight to a doctor & yes you should wear one.

I am sure most of us have all seen the “contagion” style movies & you would swear based on the way they made it sound… The problem is the numbers don’t fly & while many may hate to hear the comparison to the flu… yeah that is what the numbers are like now – granted a bad year but nothing earth shattering. Could it have been worse like the 3 year Spanish Flu Epidemic – maybe, but highly unlikely.

We Must Test to…

Umm really – we finally hit 4 million tested & you want to test everyone to see if they have it or don’t – which right now is just a test in time? Sure lets roll with that… By the most optimistic numbers we should now be able to test an additional 1.5 to 2 million individuals a week so if we carry the one and drumroll please – we can finally test everyone by May 29th, 2023. Yes that is 3 years from now.

Oh everyone should be tested for antibodies & those with them can go back to work (love how they gloss over the part about those never having it)? Well besides the fact that specific test might have finally gotten approved, we still have the number problem above, not including the cost. With that lets run with it & assume that all those tested but didn’t have Corona actually had the antibody? Well that is only 3.2 million individuals (we had 22 million apply for unemployment in the last 4 weeks) – shoot lets add in the 3.1 million that “didn’t test but had” – well now we are only up to 6.3 million. Even better yet as one study is saying the “has had it” number is between 50 to 85 times reported – well going high end that is 66.5 million individuals so only 1 in 5 can go to work – yeah…

We need a vaccine:

Hmm so where is the vaccine for Aids or any other STD to prevent one from catching it, Cancer, a Universal Flu shot (common flu shot has maybe 4 out of the 1000’s of possible strains & ranges from 30 to 60%  “effective”), the common cold??? The last outbreak of H1N1 started in January & by rushing things they were able to produce and distribute the vaccine starting in November of that year – I don’t think we can afford nor will many accept the issues with waiting till 2021 for a vaccine. This keeps up many of those business operating at a loss won’t be able to for much longer and that 22 million might just become a drop in the bucket

The only thing we have to fear is fear itself:

I get it, if you are in a high risk group or area you should definitely take precautions. On the good news front – all this social distancing, washing hands, telling people to stay home should help when it comes to the next flu season. But the catch is your chances of getting it are truly nil in most parts of the country & I don’t see people fretting about going for a ride in a car, over eating, smoking or a whole host of other things that essentially kill off more in a year than this by a wide margin.

You might want to check out the later part of the Masks versus Respirators article where we covered many of these topics.

Just for a little laugh – because we all need it: