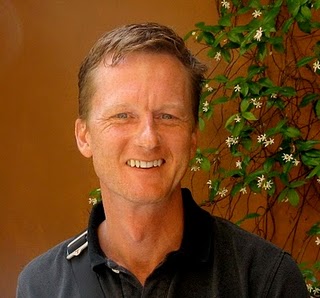 In our last article on Green Cleaning materials, we provided some options that we have either used, use, or know of others using successfully with good results. Well like everything else in life, one finds that a little common sense goes a long ways but sadly is lacking by many individuals and groups. This point was made abundantly clear to me, when I was catching up on a few of my favorite blogs that I like to read. One of my favorite authors is Paul Anater of St. Petersburg, Florida who has his own blog called Kitchen and Residential Design.  So without further ado, today’s guest post from my friend in Florida…

Clean your tub with grapefruit and salt. Or not. 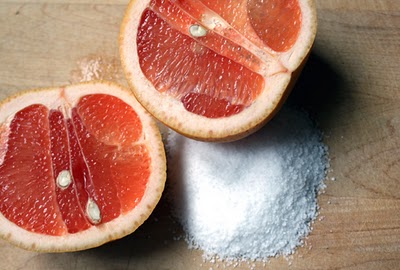 Those crazy kids at Apartment Therapy are forever touting labor-intensive and probably ineffective “green” alternatives to household cleaning supplies. The idea seems to be that if you’re inconvenienced, then you’re somehow saving the earth.

I am a huge proponent of sustainable practices and stewarding resources sensibly and equitably. With that said, scrubbing out your tub with a half a grapefruit and some salt is absurd.

The piece in Apartment Therapy went on to break the process down into four easy to follow steps. I have a better idea. Here are my four steps. At the end of my steps you’ll have a clean shower and full tummy.

Many household cleaners are a gimmick, they are marketing messages in a bottle. Developed to exploit your fears and perceived inadequacies, they represent an absolute waste of resources in the sense that they waste your money and your time.

Similarly, just because it came off a tree doesn’t mean something’s benign.

If you read that there was 1-Dimethoxy-2, 5-trimethyl-4-hexene, Acetic acid and decyl ester in something you were about to slosh around your bathroom would you be concerned? Well, they are but four of the thousands of chemicals in a grapefruit. They’re probably harmless (I say probably because no one really studies them) but why are they inherently better than Disodium Ethanoldiglycinate, Butoxydiglycol, Ethoxylated Alcohol, Quaterinary Ammonium Chlorides? Those are the four ingredients that make Scrubbing Bubbles so gosh darn effective.

Chemicals that come from a lab and chemicals that come from a tree aren’t inherently good or bad. In chemistry it’s all about dose and duration. Most synthetic chemicals are engineered specifically to break down into their component parts and to do so quickly. What’s in them is controlled tightly and studied thoroughly. I don’t know that they’re safer, but at least they’re known.

Whether or not you use them is entirely up to you. There are some things I won’t use because they waste resources. Usually my money, often my time and a lot of times I don’t use things because they waste the earth’s resources or they’ll have an impact I don’t want them to have. I say there’s a balance you have to strike and the best way to strike that balance is to arm yourself with knowledge and to make decisions based on reason and not emotion.

To that end, SC Johnson has a new website called What’s Inside. What’s Inside is a product-by-product list and explanation of what’s in their products. It’s enough to make me buy more SC Johnson products if only to demonstrate how much I applaud their move.

This reminds me of a conversation I had with one of my neighbors the other day. He’s looking for a pesticide to kill off the caterpillars that are eating his tomato plants. He’s concerned about what he’s going to spray and rightly so. However, he wants something “natural” because he thinks it’ll be safer. I reminded him that rattlesnake venom is natural but I doubt I’d eat a tomato that had been treated with it.

Paul -first off, thanks again for allowing us to repost this article and the pictures here, in its entirety. (Original article) As for your friend’s garden – if they would like to go all-natural (i.e. better him than you or me), handpicking & wiping the eggs off the bottom of the leaves is the best means. He may also wish to look into something called square foot gardening. In square foot gardening, they pair up plants that compliment or accentuate each other to help prevent bugs and other problems – for tomato’s, I think it is either dill weed or marigolds will help keep the worms at bay due to the smell.