Well today was the last day for the mandatory class, where we finally went through the final three checklists. We started the day off with a RemRate file & simply told to get it into compliance with the new version of ENERGY STAR. As a quick tip for any fellow raters, do not forget about the new screen that follows the Lights & Appliances section & check all the applicable boxes. You can then simply run / utilize the ES V2.5 Home & Summary Reports. They will show you which items need to be addressed to help you get the house up to snuff, like the insulation quality, blower door & duct leakage numbers.

While going through this practice exercise, we did notice a few issues with the software QC. The first one is that it will pass you, even if you do not have enough insulation per the standards. The second major issue, was that while upgrading a few items (roof, furnace, etc…) was that the HERS number actually went up, instead of down. I expect those issues will be addressed shortly, but until then just be forewarned. (Version 12.91) 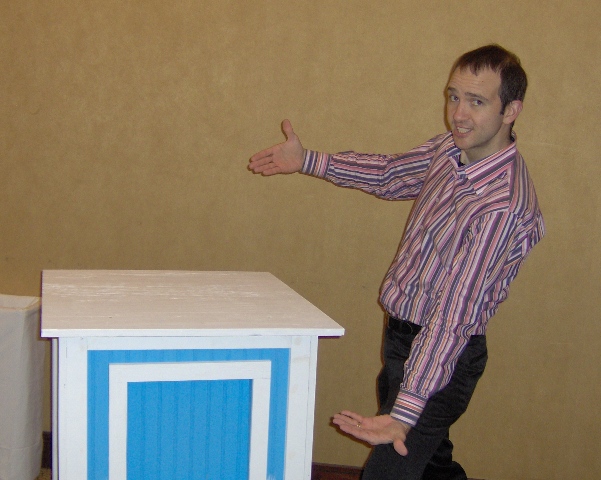 Instead of following the class format exactly, I am going to skip ahead & cover the Water Management Checklist first. This checklist is for the builder to verify, and address issues related to keeping water out of the structure. Some of those items revolve around proper drainage, plastic under the slabs, flashing details, etc… With that said, some newer builders, or even the building owner may wish to have an experienced rater verify certain items during the installation period & help train certain sub-contractors or builders on exactly what XY or Z means.

One last quick note – maybe it is just me, but I always have to seemingly look up what class a vapor retarders falls under:

First off, there are two checklists that revolve around the HVAC section; one that is compiled by the designer / installer and one that is to be completed by the rater. While joking about it, I sent out the following tweet; I have a sneaky feeling that the person that wrote the RRP regulation wrote this HVAC checklist & they must have been drunk at the time…  Well, low and behold, we were handed an older draft checklist to utilize that has since been corrected. Oops

As I mentioned in yesterdays article, the consensus from those that taught the trainers, is that the program will lose approximately 50% of its builder base when this program is fully rolled out. After looking at, and going through this whole thing, I wonder if they are simply hoping to hold onto 50% of their base. While the two checklists we reviewed were not to onerous at all, they have really kicked it up a few notches on the HVAC system.

In all sincerity, a lot of this stuff would be nice if done, but for the most part this is complete overkill for 90% of the houses built today and in many cases redundant. The one nice part about this class was at the end we were asked – how can we make this program work / what changes should be made / how can we sell the program? While most of it was a rehash over how to fix the HVAC portion, it was a good exercise on also looking at the good points.

With that in mind, let us look at how we can make it better & fix it. First, the two checklists are a good idea. The installation contractors / design checklist, well that I will leave that to someone more knowledgeable. While balance testing and other items would be nice, I think many of us would be happy if they actually did the manual J’s & D’s properly & didn’t just slap the units in. With this in mind, this brings up the issues with the raters checklist that needs a major overhaul.

As we were addressing the “how to make this work,” I would have to side with RESNET and many others, and state that the transition period should be completed over a one year period. I also think with some more feedback from the numerous stakeholders involved & impacted by this, the program will definetly change, and be a lot better when it rolls out. This should help minimize any losses, while still resulting in homes being certified that are 15 to 20% better than the current batch of ES homes.

The pictures – The top one is of course Mr. Allison Bailes III, the primary instructor & juggling guru. The second one is of his cohort – Chris “I am no Vanna White” Laumer-Giddens. He is an architect that works for Allison at Energy Vanguard and is one of the first in the nation to be able to offer “Designed for ENERGY STAR V.3” plans.