You are here: Home / Going Green? / RIP: The Recessed Light 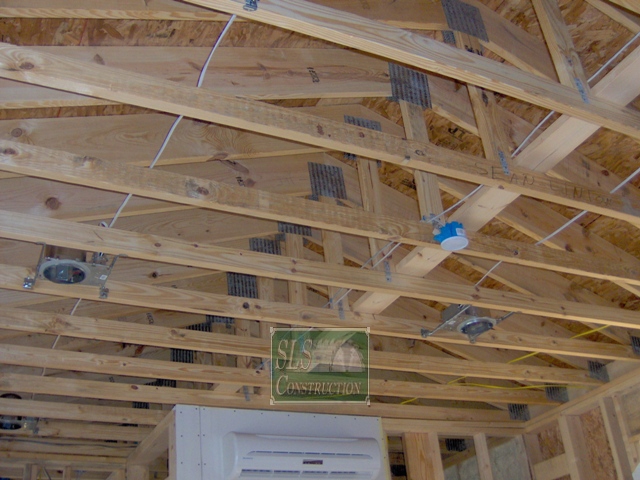 Last month we started a new series where we figuratively get to place certain myths, misconceptions, or products to rest.  Within the last month with a spate of ice dams, problems trying to insulate around older ones, the costs to replace, and many locals trying to come to terms with the new Energy Code, many people are starting to rethink the use of recessed lights altogether.

RIP: The Recessed Light (aka Can, Pot, or Down-Lights)

The Can-light; 1940’s – 2011 was found early this morning in another can & appears to have been tossed due to complications brought on by Leaky House Syndrome. With the recent spate of ice-dams in the northern climates, it was quickly identified by many as a key suspect in costing homeowners hundreds of dollars in lost energy & heat.

It was often touted for its sleek modern appearance, its ability to blend into the ceiling and its penchant for one being able to change its appearance with a simple change of the trim kit or lamp types. These benefits helped to make the recessed light, one of the most common lighting fixtures found in many homes.

Unfortunately, all those benefits were the cause of its actual undoing. Mr. Michael Anschel was one of those that pointed out that its beauty was only skin-deep and that there were massive problems hidden below the surface. While many scoffed, Mr. Anschel was quick to point out seven key issues including; down lighting makes people look bad, it is inefficient, expensive, and there are better ways to light a space. While many still believe in their use, it is best to consult a lighting designer that understands all these issues before trying to resuscitate it.

In many ways, I actually do have Michael Anschel to thank, for figuratively shining the light on this subject awhile ago. Back in our 2009 article on “Going Green during your Kitchen Remodel” Michael brought up 7 points on why they should be put to rest for good. Unfortunately, this comment and many of the older ones did not roll over properly when we switched to our new layout, so I will have to pull the good ole quote trick.

The other three issues:

While many may point out that this is a great reason for bringing in a lighting designer, or that there are newer bulbs available that can virtually eliminate those arguments – he puts the nail into the coffin with the next three points which I am simply going to paraphrase below.

Issues with the attic:

Points #5 & 6 are two of the biggest issues that apply in most traditional attics. The first main issue is insulating around them, followed up by the loss of insulation where the can is. Each can-light results in at least .35 SF of space that is not insulated as well as the other areas. As we have pointed out in other articles, that loss of insulation quickly adds up and can cut down the whole attics overall insulative qualities by 25% or more. In the case of a non-IC rated fixture, you lose 1.5 SF worth of insulation (boxing in the light per codes and insulating around it) & to top it off you have to basically cover it with nothing thicker than a piece of thin cardboard, so it ends up acting like a big chimney dumping all that heat into an attic.

While Michael concentrated on the basement for his 7th reason, I have seen cases where the subfloor & joists around them have actually been scorched from homeowners using too high of a wattage & / or the incorrect fixture has been used. Another issue that pops up is the heat from the light causing a convective current inside the bay that pulls in more of the humid outside air in our climate.

Whew, this one has been picking up some steam on numerous weatherization and energy auditing boards on what should one do with a non-IC rated light. While many like the idea of boxing them in – as I pointed out above you have a 1.5 SF chimney dumping the hot indoor air directly into the attic during the winter & giving that nice 140° attic air a nice place to enter the house during the summer. Swapping out the lights with an IC rated one is deemed to expensive by some but even that causes issues as shown above and as mentioned by Michael in his full comment, would require almost 2’ feet of insulation to be blown over & tapered out above each light.

Now some like to go with the option of just swapping out the bulbs with a CFL, or even a screw in SSL retrofit kit and insulating around them – but that is not legal or safe. The only way you can get away with that per some codes (like Title 24), is to rewire it so that only those types of bulbs can be used in the future to prevent a fire hazard. The best option is to simply rip them all out, patch the holes, fix the wiring and add a surface mount light.

Being smart & using them where appropriate: 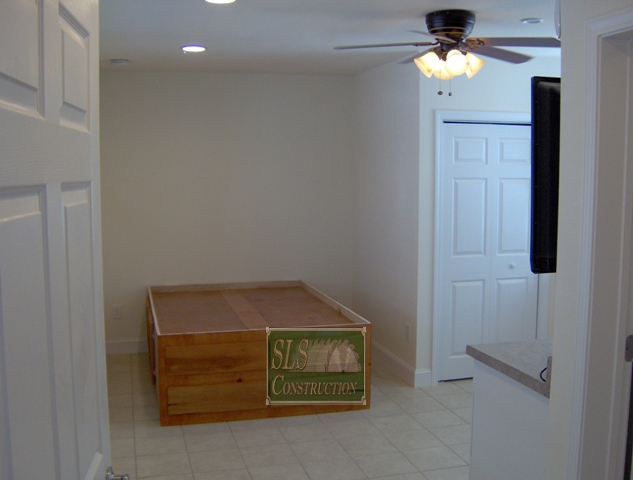 While many of you may aptly point out that, I used recessed lights in the “Looking Back” series as shown in the pictures here, that was based on sound design principles. First, this attic is part of the conditioned space, and by placing them here, it does not interfere with the thermal boundary. Secondly, the placement was utilized to take advantage of the “task-lighting” aspects that would have been hard to pull off with lamps due to the small size of the spaces. Third, as it is meant for task lighting, the ceiling fan was used for the primary lighting; and to top that off, it has an option where you can choose between two or four bulbs being utilized based on need. Finally, we also utilized CFL bulbs to help cut down on the heat issue for when they are actually used.

UPDATE: It appears we must have struck a cord with this article: Arne Salvesen CKD decided he needed to do a Guest Rebuttal. We soon thereafter followed up with another RIP Part Deuce article. Then we even had James “JP” Bedell jump into the conversation on his site with a Long Live article… Me thinks they might have missed the last paragraph above. For more on the challenges with sealing around them: Sealing them pesky penetrations, and Insulating the Attic Floor