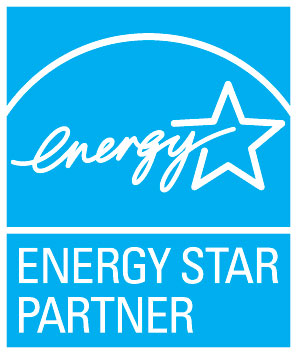 Whew, as of yesterday and taking the ENERGY STAR V3 test (long story short – the test was not available when I took the original class), that is it for the test taking (at least in the foreseeable future). As I was sitting there taking the test, I was amazed at how many people were flipping through pages in the book, instead of using the online versions that were available. Driving home I also was thinking back to all the other tests, advice all the different questions people ask on the forums, and decided that maybe I should put together a quick Test Taking Guide for all these different programs.

Answer the Question based on who is asking it:

The most important piece of advice I can offer, is to remember who is asking the question and the answer they are looking for. For example – if RESNET is asking the question, it is based on their curriculum at the time it was written. It does not matter if they changed something the night before, the week before, another program disagrees with them, or you just know it is flat out wrong – the correct answer for that test is what you have access to while taking the test. A real good example of this is the BPI test & standards for Building Analyst & Envelope Professional as the two do not exactly line up (at least when I took them) so depending on the test, you need to answer accordingly.

Use all the tools allowed:

Use the tools allowed – in many cases like the ENERGY STAR test I took, BPI, or RESNET – you have certain information available online. Instead of trying to flip through all the pages to find out what type of MERV filter is needed, if you perform a simple search on the Adobe file for the word MERV you will generally find the info you need in seconds, instead of wasting minutes searching through all your notes, checklists, etc…

Choose the best answer based on…

While this one could almost be BPI specific, select the best answer based on the group asking the question. One example I did list in the BPI articles was the one about which chemical might one find in Pressure Treated wood, where all four could be found in it. The correct answer in this case would be the one that was the most poisonous.

Seriously folks, they put them there for a reason, well generally quite a few… The first is so you relax and know what type of questions to expect, how they are worded, and how the test questions will be presented to you. As for the last point, they are all multiple choice; the only variance is if you are taking it online (RESNET & BPI), using a SAT style sheet (CEA), or circling the correct answer in a test book (ENERGY STAR). As an FYI for ENERGY STAR, it mostly is based on the Checklists, an answer or two from the Executive Summary, the use of the logo, and the pictures in the TERC guidebook (most of the other tests are described in the articles I wrote and linked to below).

The main reason they will give you for doing the sample questions is also to make sure you know the info, as in many cases you will see a similar question later. I would rank RESNET & CEA up there for the importance of completing those sample questions. While I could not find any Practice Tests online for any of the other tests, I did post this one on Energy Auditor Talk for the BPI Building Analyst test. Speaking of BPI, for the field exam – pay attention to how the instructor teaches the CAZ portion & parrot it back to them. While one would assume that the standards are clear and understandable, I have done two different ones & both instructors had their own “understandings” of the standards. If you don’t believe this – feel free to pop over to almost any site & look at the “discussions” on CAZ testing, drilling vents, etc… (Especially the BPI/RESNET board on Linked In)

If there were one piece of advice anyone can give you (I think I heard that from every instructor), it would be to relax and get a good night’s sleep before the test. If you are worried about the tests, you may wish to check out my articles on them (BPI, RESNET, ENERGY STAR, CEA), or review a few of the forums out there. What you will find is many of us saying the same thing – for the three “Residential” programs, if you have been in the trades for a while & understand the principles, you should do fine. For the CEA test, it helps if you are a genius with math, but even if you are not it is still very doable, hard but doable. Last but definitely not least – good luck on your test.

As always – if you have a comment, maybe another great tip, or even a question – please let us know.