As the saying goes, what goes up must come down… I know it is only day 3 & the show still runs till 2 PM tomorrow, but I am calling it a week & driving up north before heading home later this weekend. Overall I got to say it was a good show, there was plenty of time to talk to the vendors & meet others. Most everyone I talked to had good things to say about the classes; that they were learning things to take back to their business & it allowed them a chance to step back from the day to day & see things a little more clearly.  So with that in mind here are a few of my notes or as Carl likes to say “that one good idea” worth taking away… (Sorry I will be inserting links later) 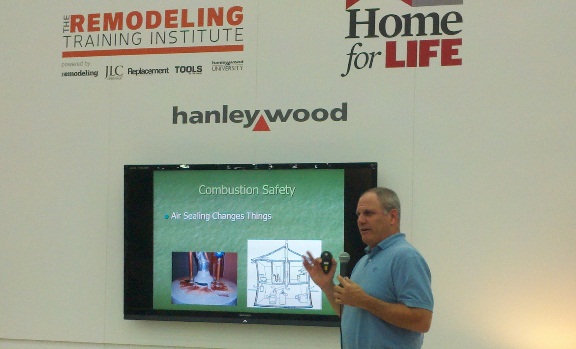 Speaking of Mr. Seville, yesterday at 7:30 I attended his “Forget Green, just go for Good Remodeling” class.  So what is good remodeling in his book? Well it must be durable, energy efficient, resource efficient, use water efficiently & focusing on Indoor Air Quality. Basically this is reached through diagnosing, accessing the issues, doing the work properly and verifying that it was done properly.  I know, why take it – you have heard most of it before, you know what he is going to say… Well in many ways it is nice hearing how others present the information as one can even learn to improve from that and Carl is quite good at it.

I followed this class up with essentially a code class on decks, with Glenn Mathewson who dived into decay & corrosion resistance related to decks. Two of the biggest take away’ s for almost anyone building decks is that “Douglas Fir” is not listed in the code as being “naturally durable” but many AHJ may waive it for architecturally significant beams if you check with them first. The second one is a general reminder that not all pressure treated wood is no longer green so save those tags. 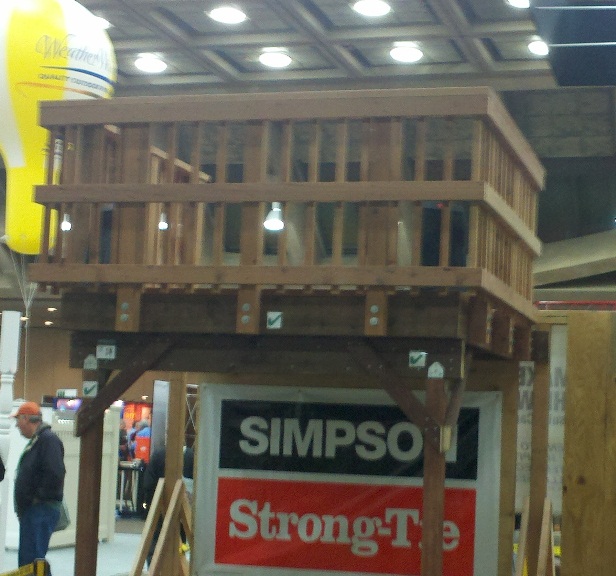 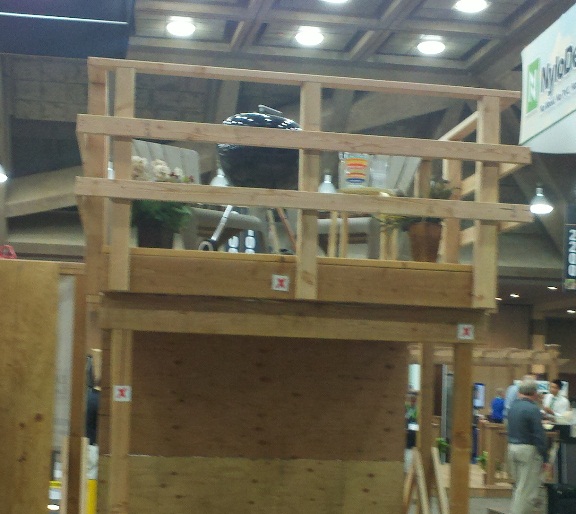 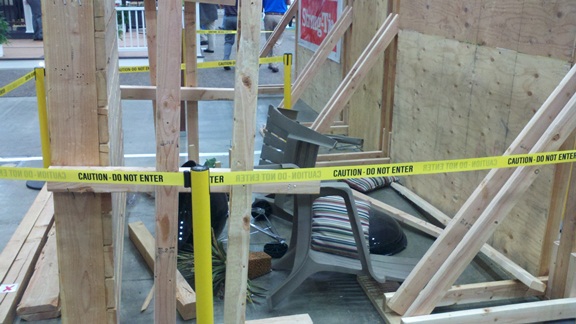 Mark Klement (architect) had an interesting slide presentation on making historically sensitive additions. While each historical district can be unique, he did cover how to comply with the NPS guidelines of not making it a perfect match, while still making it close enough to blend right in. He also had a funny list of 4 do not’s; do not be insensitive to the scale of the existing house, be ignorant of the historical style, use bolt on architecture (aluminum patio cover was one), and don’t do “gifts from the sky.”

This morning I started off with Jamie Gibbs (architect) piece on Space Planning & Movement in Kitchens. While seeing & hearing the word triangle mentioned sounds an awful lot like nails against a chalkboard for many of us, you can’t argue with his work. An interesting item he mentioned is how refrigerators are dropping out of many of his design & being replaced with under the cabinet versions.  He also does not count the oven as part of the triangle; he considers that an ancillary device & only the cooktop counts in the triangle. His one key take away for everyone is that you need to base your triangle on where they will be working primarily & not basing it on the size of the room.

This was followed up by Steve Easley on fundamentals of retrofitting attics. I got to say when you talk to an audience, especially on topics like this it helps if you know which climate zone people are in and make sure you address that. There were a few pieces I had to shake my head at based on that. I do like his simplified thought process – conductive = insulation – convective = air sealing.

Chris Wright: Design-Build with a twist, working with interior designers

The last class of the day (and dare I say the best class & speaker) was from Chris Wright of WrightWorks whose presentation on Design-Build with a twist, working with interior designers. He packed quite a lot of information in that hour & a half (ok 1:45) which made it hard just picking up an item or two, so here are my top 5. 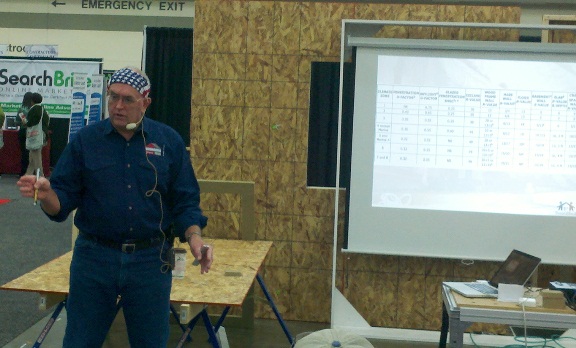 A special shoutout to Bill Robinson of Train2Build. He has been going almost non-stop on the floor & he deserves one, especially with all the work with SkillsUSA TeamWorks & other similar endeavors.