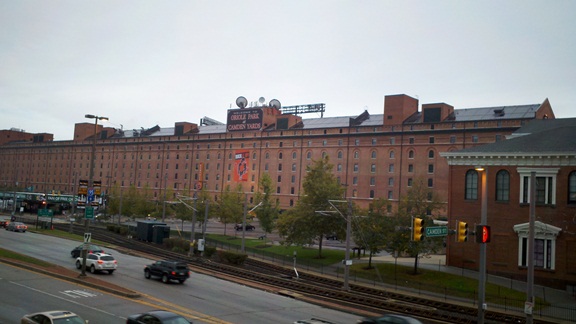 Welcome to Baltimore Maryland, home of the 2012 Remodeling & Deck Expo. While the Expo floor doesn’t open up until tomorrow, the conference portion officially kicked off today. Based on feedback from the 2010 show where many smaller remodelers felt that the classes weren’t suited for their needs, so they decided to try something new in 2011.

In 2011 they added a “boot camp” for business owners, which is loosely based on revenues & size. Unfortunately as I skipped Chicago last year, I couldn’t tell you how it went, but apparently it was well received so it is back again. Today I attended the “Alpha” version which was mainly geared for smaller or newer business. They also have a “Bravo” version which is geared for larger & more well established companies. 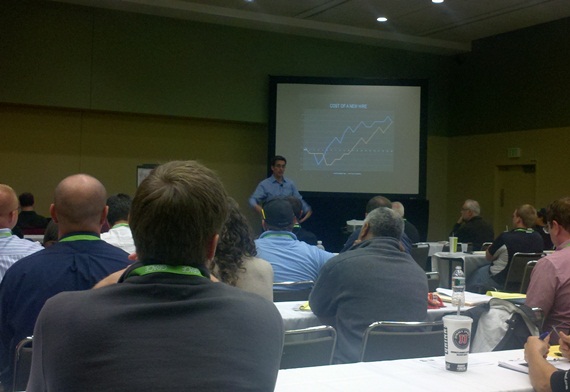 Unfortunately most of my pictures didn’t come out so my apologies for you not being able to put a name to a face. There were 3 primary speakers which were Alan Hanbury, Victoria Downing, & Bruce Case (pictured). Alan started it off discussing planning for personal & business goals for about 2 hours. Victoria spent about an hour & a half on marketing, which was followed by lunch. Bruce Case managed to keep us all awake after lunch discussing building a Team & the hiring & firing that comes with that. Victoria then got into actually figuring out your budgeting & pricing needs which was followed up by Alan taking it the next step – well what if I hire someone new or do this…how does that effect my numbers? 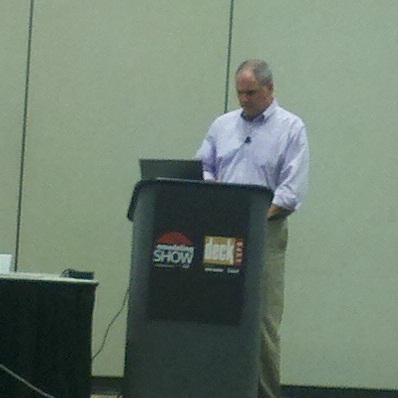 For those that might not be interested in the “boot camps” they still had some regular conference presentations going on today. I snuck out early from mine to heckle… I mean listen to what my favorite Green Curmudgeon, Carl Seville had to say. Oops, can you say technical difficulties… While I would love to pick on him for his Mac, they brought in a Windows laptop & the projector still wouldn’t behave, so they had to bring in a new projector.

Before Carl went all green he managed one of Atlanta’s biggest construction outfits & developed a very robust system for not only assuring quality work, but ensuring it. Instead of hashing over all the information I would recommend you check out the series he did on it (and a link to all 24 checklists) on GBA.  As for Carl’s “one good idea” I really like his explanation of “acceptance of substrate.” In essence if a trade starts to say install tile on a floor that doesn’t meet specs, than it is their issue to tear out & fix. If however they point it out & say we can’t start till this is fixed, then they still get paid a trip charge and notified when it is ready.

Yes, I did fill out the comment cards & there were two main items I did list. The first big one was, even in a real boot camp – you rarely have to sit for more than hour in a class. You generally sit, go out look at something, and come back in. The second was a recommendation that the class Carl did should at least be integrated into the Alpha section. It is one thing to know numbers, but creating a working system that ties into those numbers I think would be a big plus for many newer contractors & those looking to take the next step.

One item I didn’t put down as I couldn’t figure out how to word it at the time was the idea that we were supposed to mingle & talk with others. They might consider how they can do that somewhat in the class as part of an exercise or something similar. No matter what I would recommend the camp to someone new in the business or even if you are more established to help dust off those cobwebs. Shoot you have plenty of time to plan & get it on the calendar as the next one will be in Chicago the week of October 15th. 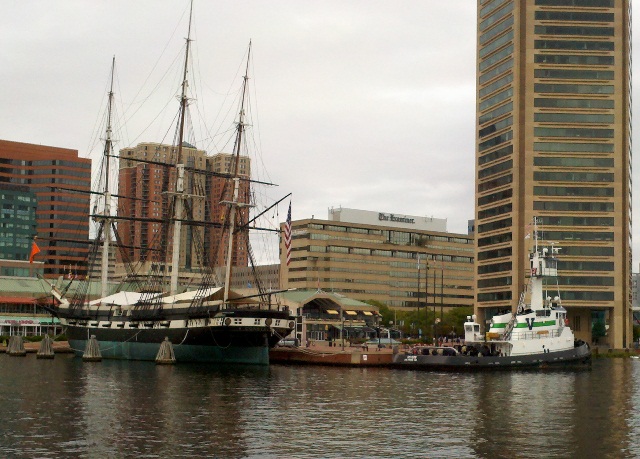 The Baltimore harbor – nice place to have lunch

My teeth are whiter than yours – submarine exhibit 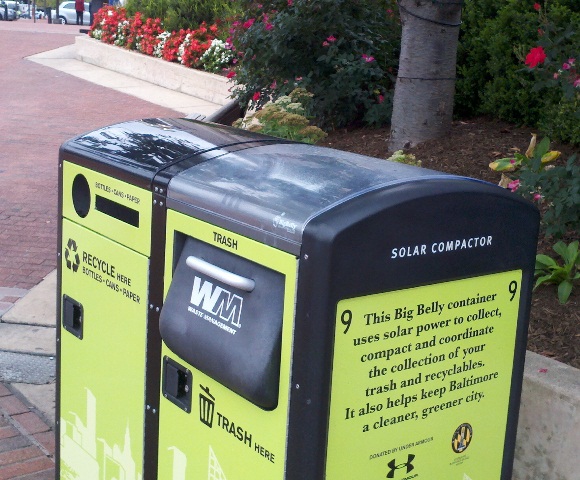 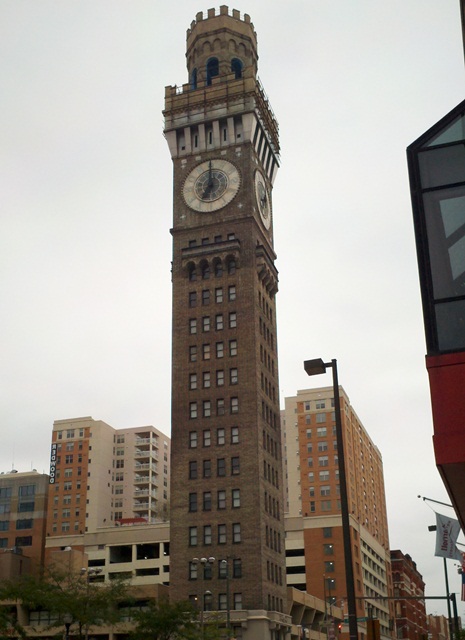