This last week was probably one of the busiest conference weeks when it comes to building better buildings. Not only was the RESNET / ACCA / IAQA / RPA conference going on, many other states & groups were holding similar ones throughout the week. I know here in Alabama we had at least 2 open to the public & one for trade school teachers which I was honored to do a training session at. Needless to say the new building codes & requirements were top of the mind here.

Interestingly Tennessee appears to be close to adopting the 2012 codes, though they have decided to eliminate the testing requirements. Unfortunately as many of us do know, without the testing requirements in place, nothing really does change. While there is plenty of anecdotal evidence & surveys out there to back that up, I decided to take a look at the results we have been seeing to see how they jive. With this in mind I grabbed the last 25 tests we have completed for Vestavia Hills & Pell City (i.e. code required only – not ones tied into a “green” or Code+ program)

As of February 5th I had managed to contact almost every single code agency in the state & created a central location for all that information. AERC Overview / Building Code Adaptation / Energy Code Adaptation 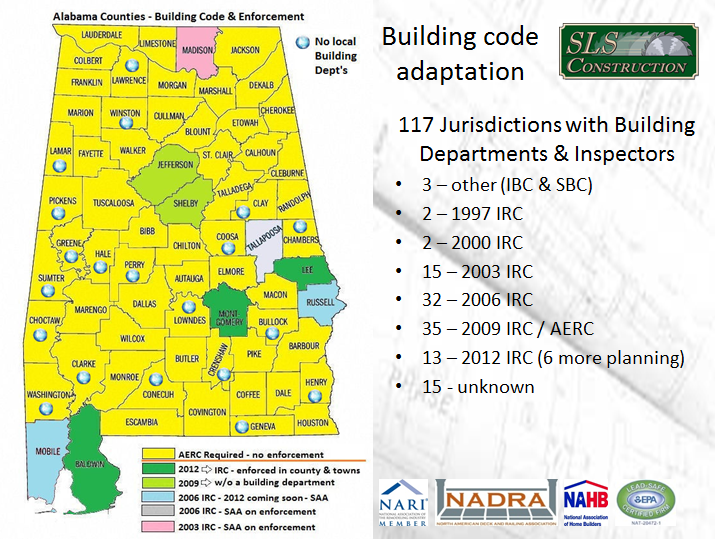 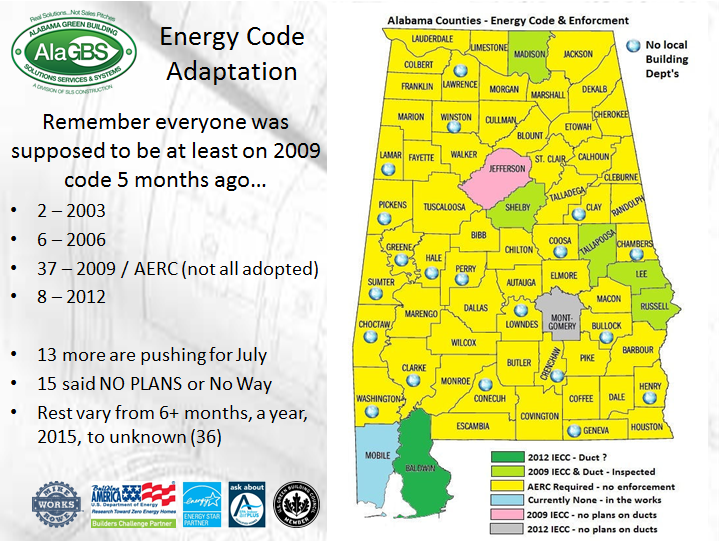