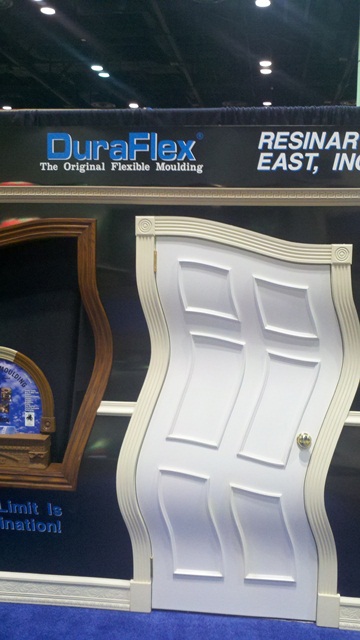 It just seemed like a really odd day where everyone was dragging just a bit and the show was a little quitter than usual. The last two days were almost non-stop, while today many people were actually checking their luggage in at a special TSA desk for later flights in the afternoon. I had never seen that before, but what a great idea. Shoot I think even some of the displays were feeling the pressure as shown above… oh wait I see, that is about a moldable trim from DuraFlex– got it 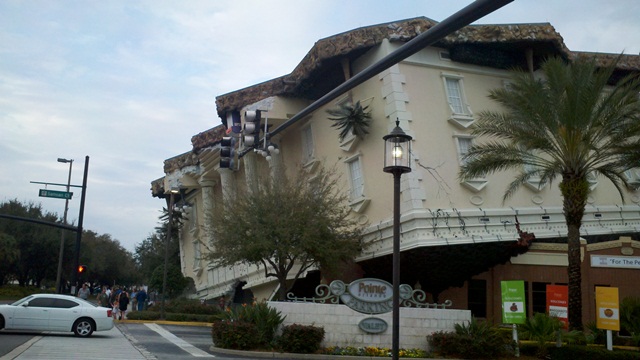 Along the same lines, I wonder who gets blamed for this mess – the architect or the builder (was it the elevations were reversed, or was the builder reading the plans upside down)…

Really one of the best things about attending the shows is meeting and talking with others. I have quite a few nice chats with everyone from volunteers, to exhibitors, and many other participants. NAHB is quite blessed with the pull that they have bringing in guest speakers like Aron Ralston to Federal Reserve Chairman Ben Bernanke who spoke today. (Streaming replay of his comments) 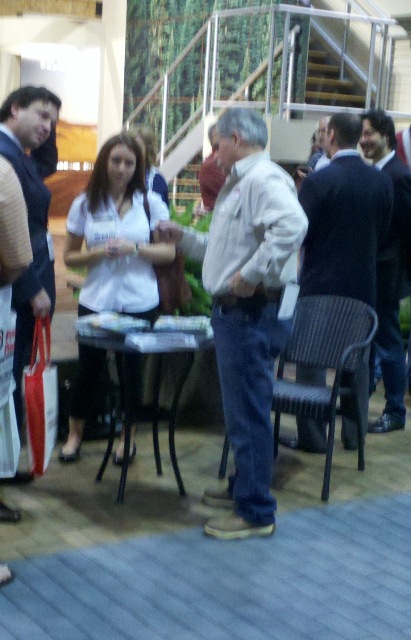 Being the IBS, you know almost everyone who is someone is probably going to show up like Bob Villa, Mike Holmes, Norm Abrahams and everyone’s favorite GC – Tom Silva. (Sorry I was only able to get a picture of Tom in passing and missed seeing the other three) 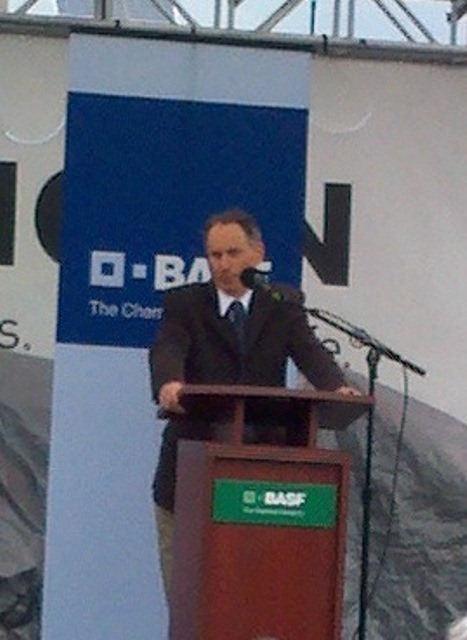 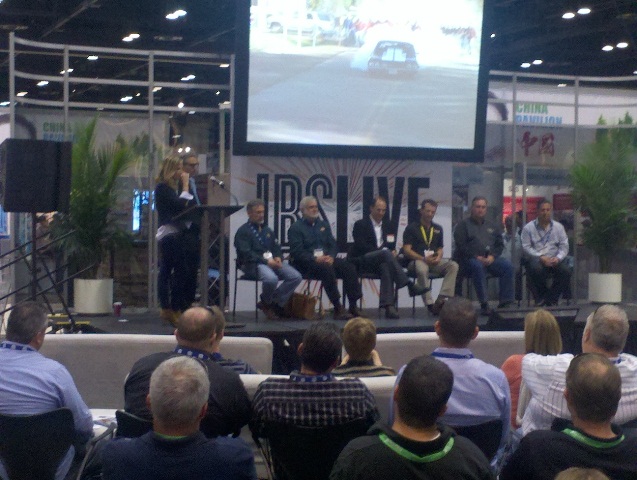 Or listening to the designers from Extreme Home Makeover (Day 1) 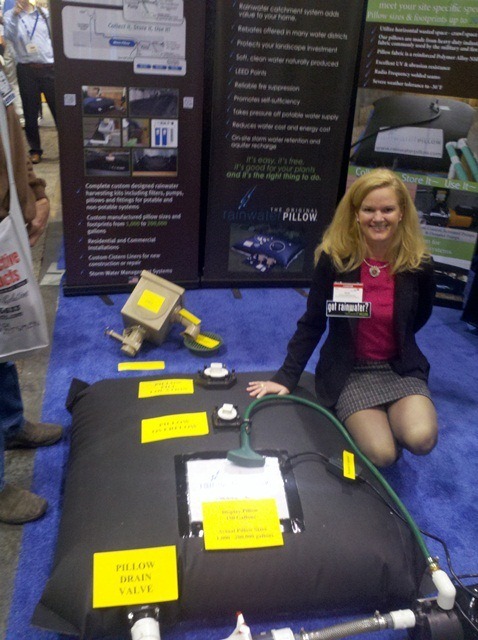 It was also great putting faces to names of many that I follow on Twitter like BoralRoofing, Panasonic, greenbuildermag, MarkJohnsonCKD & RainwaterPillow (Unfortunately the #Tweetup pic of the first 4 wasn’t sent out – sorry) 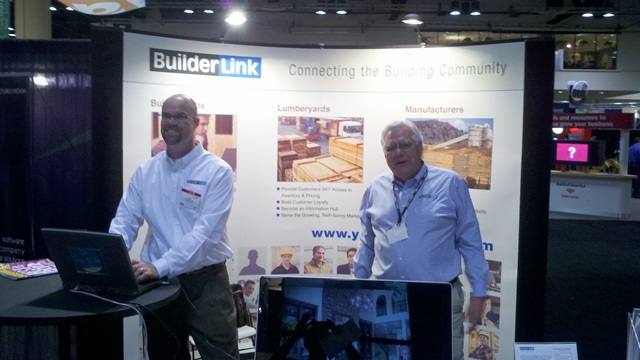 I can’t forget to send a quick shout out to the guys at Builder Link which I encourage builders, lumber yards, & suppliers to definitely check out 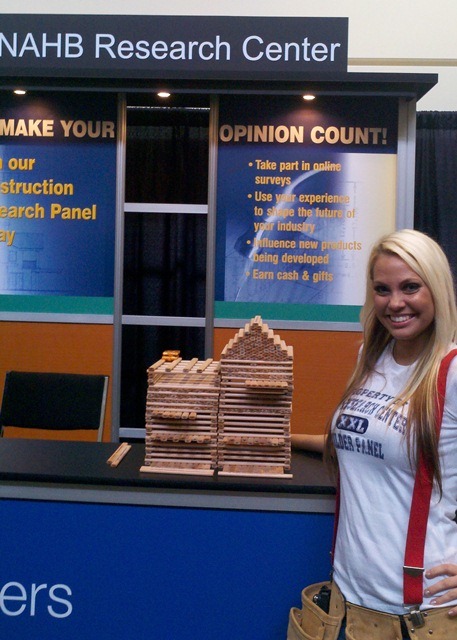 Me thinks someone had a little too much time on her hands today, but she has every reason to be proud of her first house. On the code side though, that chocolate chimney needs a little more height though 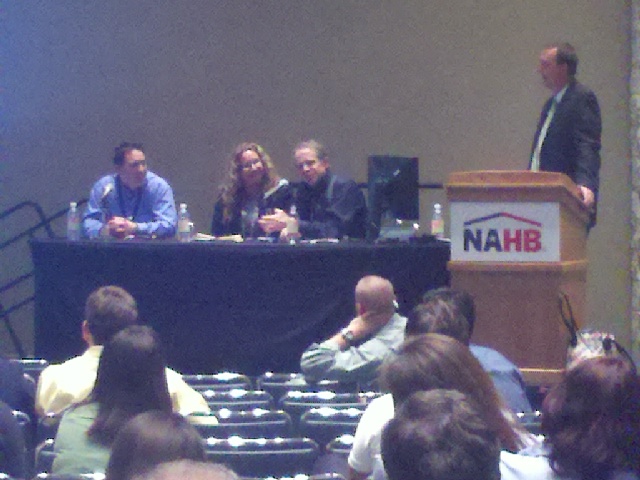 A quick shout-out to all the speakers at this years IBS – this is a shot from the “Where will Green Building be in 2015?” From left to right John Freer of Riverworks, Jennifer Languell of Trifecta, Michael Chandler of Chandler Design Build & Ken Plonski was the moderator 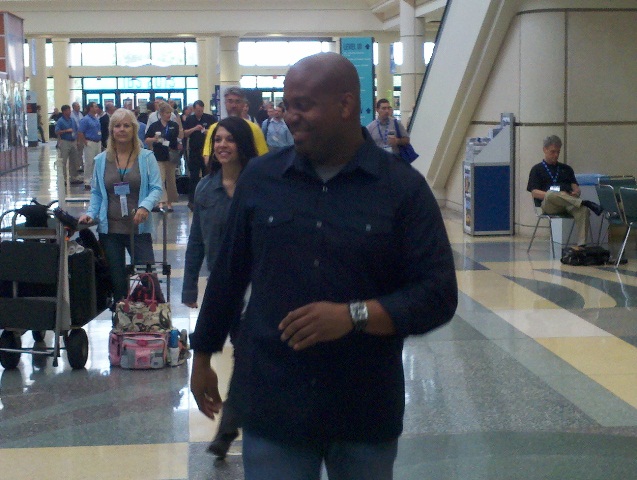 Getting back to some of the big names, I actually saved the best for last – Chris Grundy of Cool Tools. Yep, he is actually getting ready to shoot an opening segment for DIY Networks IBS Recap show, so I just stood off to the side & shot a quick pic. 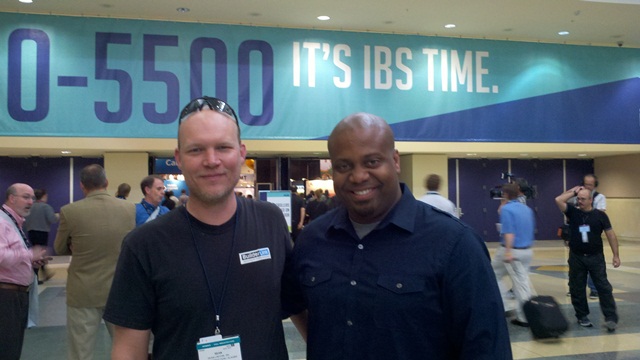 As almost everyone knows I hate being in pictures, so you know I didn’t ask for this – but he actually stopped, saying that that picture wasn’t any good & had someone else shoot one of us together and then chatted for a few minutes. All I can say is what you see on TV is not an act, he really is that nice & cool. Thanks Chris

You knew I would have to snap a few pictures of some tools anyways, so why not… I really must say I am surprised that there weren’t too many tool manufacturers here. While we had some of the usual suspects like Stiletto & Estwing most all of the big names were MIA. 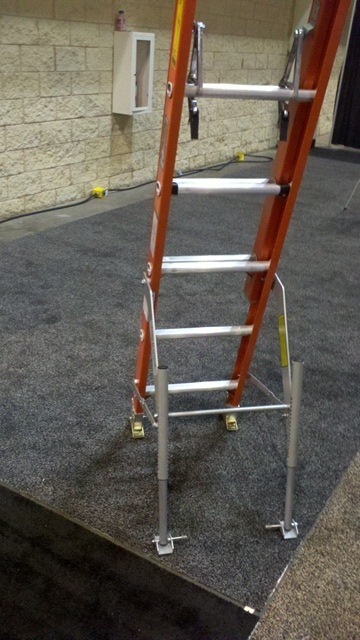 Ladder Safety with Lock N Climb definitely got my attention, especially with OSHA popping more &more into the residential arena – fully adjustable even on un-level terrain for ladders from 16 to 40 feet ($159 for 16 – 20 footers / $169 for 24 – 40 footers) 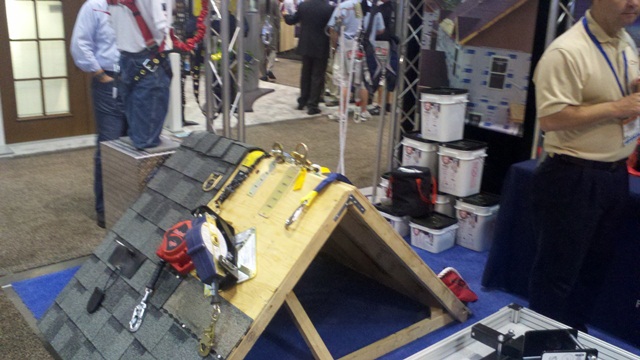 Speaking of OSHA, just a few of the fall arrest options available at the show (Prices vary, but an all in one bucket system will set you back around $100 – which is a lot less than the fine or lord forbid the cost of actually falling) 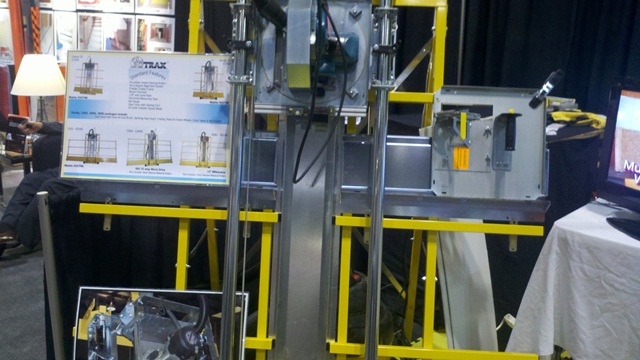 What we need is more power & a saw, nah router, maybe a shear, or… that can cut almost anything perfectly straight – welcome to Saw Trax (heh, if you have to ask…actually it’s not to bad) 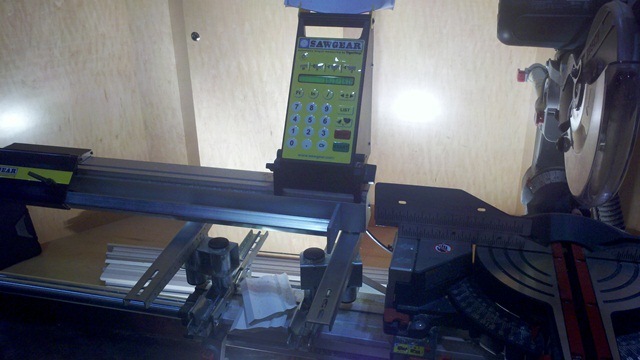 Last, but certainly not least – the Saw Gear where you don’t need to measure or mark the wood just cut the perfect length every-time. Prices vary based on how large you need the table, but one that cuts pieces up to 12’ is $3400. 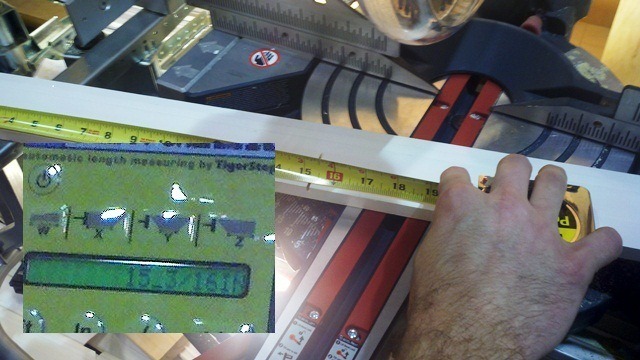