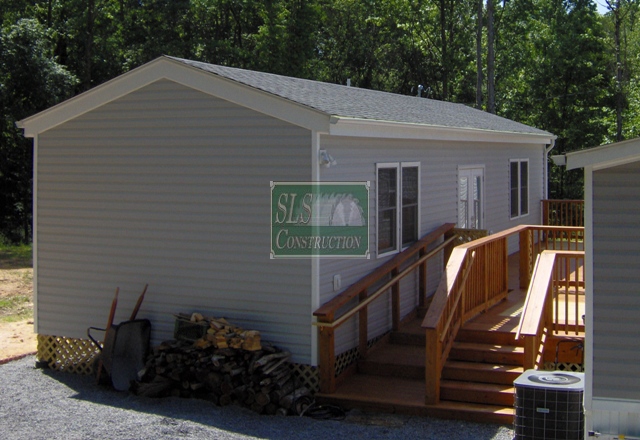 I guess I can credit some of my desire to learn about and utilize energy efficient designs, green buildings, & solar power with the area I grew up in. I can recall some of our schools field trips where we would go see new houses being built with photovoltaic panels, and eating food cooked on solar ovens. Each year they would hold a festival dedicated to items like this. Shoot we were probably also one of the very first schools in the nation that actually had a full sized Olympic indoor pool solely heated by solar panels.

Another big item in the area was the building program in the high school. Each year the students lucky enough to get into it would participate in building a new house from the ground up that utilized many ground-breaking principles. I remember walking to school each day & being able to see the progress being made on those houses. Unfortunately or fortunately, we moved away from there in the middle of my 6th grade year. No matter what though, a seed had been planted. From that point on, I was always learning about the newest innovations, the issues caused by some of the earlier designs, the lessons learned & the best practices being passed on by others.  While I enjoyed new construction and working on commercial buildings, I decide to specialize on remodeling houses as the work was more challenging.

Fast-forward to the end of 2007, and I got the chance to design and build an energy efficient green house. I would be able to design and spec out everything in it with a few exceptions. One of the rooms had to have a closet, & the refrigerators and finishes would be chosen by the owners. There were also quite a few design challenges that need to be worked out also. Even though we primarily focus only on the remodeling segment, how could I pass this one up?

Needless to say, I couldn’t pass it up, so we spent most of December planning it out. One of the first design challenges was that the house had to be easily moved, as the land they were building it on did not belong to them. Next was the width could not exceed 16’ (remember it needs to be moved) and was limited to 46’ long (parking a vehicle was needed on one side by a hill, while a septic tank limited it from the other side). No big deal so far, except for it needed to have 2 separate studio apartments in it, one for each sister. We commonly like to refer to this place as MILC – short for Mother in Law Cabins. Ok, this is getting interesting, but wait there’s more…

Health issues; one of them was recovering from a brain aneurism& a partial loss of sight, while the other one has severe allergies & chemical sensitivities. Fortunately, neither required a kitchen as they would generally be eating next door with family, but a kitchenette was required in each unit. They also wanted it to match the modular home next door & steps had to be minimized due to the sight issues. While they had the money to build the house, there was also the issue of paying for ongoing maintenance issues common with all houses & then the utility costs.

Going Green for the design:

As we mentioned in earlier articles on Green building; namely What is Green Building & Common Sense & Green Building Principles – one of the first main questions is… What does Green mean to me the Home Owner? In their case, with all the medical & other design issues, there quite simply wasn’t one program that could simply address all the issues at that time or satisfy their definition or mine. We ended up stealing the best ideas from numerous programs out there in order to meet not only the Owners present needs, but their future needs also.  I plan on discussing those issues more in depth in future articles.

While it took us a few weeks more than expected, the end result turned out better than either of them had anticipated. Besides their poor choice in refrigerators & their first choice for decking materials, there hasn’t been any real issues except for one light trim kit that refuses to stay in place. One of the nice things is, while pursuing my RESNET Certified Rater, I was able to go back & do a “provisional” Energy Rating on the house.

The house as built, scores a 78 on the HERS index which is 2 points better than an ENERGY STAR® Rated house requires. The ELR (Envelope Leakage Rate) is .16 (Most green building requirements require a .4 ELR or less, if memory serves me correctly)with projected electrical usage for Heating and cooling @ $265 a year combined between both units. Based off their actual Electrical usage, I would say that those numbers are pretty accurate.  While these numbers are pretty good, there are a few lessons we learned that we plan on sharing in future articles.

More in this Series: Looking Back