You are here: Home / Miscellaneous Articles / Let’s Blog Off: Where do you get your Idea’s & Inspiration from? 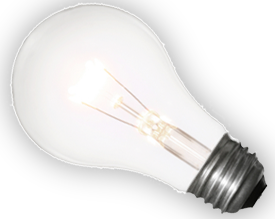 Ahhh, another Tuesday and another Let’s Blog Off… which asks the question, “Where do you get ideas for creating what you do?” As is our custom, we will be linking to all those participating in this week’s Lets Blog Off at the end of the article, and if you have ever suffered a bad case of writer’s block, trying to figure out an issue, or solve a design issue,  you definitely might want to check them out.

What I found interesting when I was reviewing the topic this week was the last question- what does one fear when asking the question. I think that might have been a typo as most people don’t like revealing where they get ones ideas from because it all boils down to one of two items – one’s own life experience or what they have learned from others. I personally have no problem saying where an idea, tip or trick came from as I don’t have to be the smartest one in the room, just smart enough to realize that something will work.

As for the HTRC and the articles, in many cases the articles come from current events, a question that pops upon Twitter or the forums, visiting a few houses & seeing the same issue reoccurring, and occasionally from a special request. Generally I will focus on an issue that I find interesting and hopefully it will help someone out. One of my other favorite places, is the Let’s Blog Off group and it’s way of asking questions that require one to get outside of their comfort zone (or bend the question just so) which I can attribute to at least helping me grow as a writer.

When dealing with issues in the field, I fortunately have seen many of the issues before & pretty much know what the solution is going to be. With that said, when I get stuck, I have a host of great people I have met over the years (most notably on the forums & then in real life) that if I have a question and a picture or two and I can almost always count on having someone else that has experienced that issue before & is willing to help out. One of the other ways I learn new tips, tricks & better ways of doing things is by watching, attending, and reading numerous other items that relate not only to the construction arena but many others.

Illinois GreenBuilt Home Tour 2015
Let’s Blog Off: How much should I charge…
Mike Hines: Witnessing an Extreme Makeover
Let’s Blog Off Anniversary, SWAG, Random Thoughts and the Future
Looking Back & Moving Forward
Welcome to the Resource Center for Homeowner's provided by SLS Construction
There’s no such thing as a free lunch – Roofing
Evolving Landscapes: Women, Unions, & the Trades
Tweet