You are here: Home / Around the home / Tips & Tricks / Jettisoning them bad driving habits 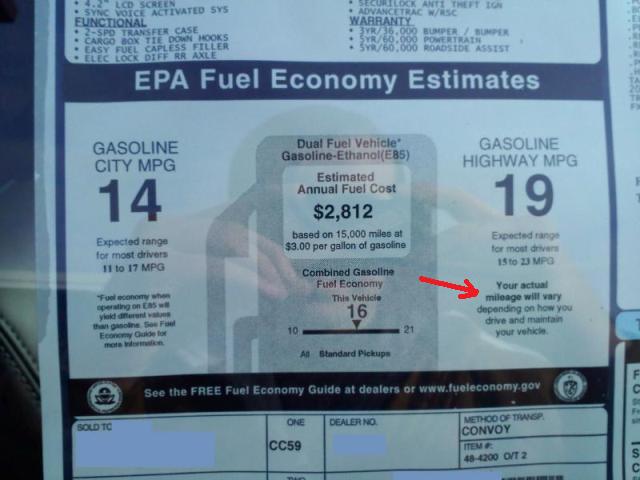 As a reminder, in last week’s on Money Saving Tips & Tricks – Your Vehicle article we covered items directly related to the vehicle (tracking your mileage, your tires, nitrogen, fuel , additives, etc…) & slew of the most common urban myths. I do have one item to add under the Gas portion, and that is to consider getting a gas card at your favorite station. Most of them will rebate you a few cents per gallon, which can add up. With this said, if you cannot pay it off in full each month, all that savings will be lost due to the interest rates. If they have an “annual” fee, just say no thanks, as most of us would never pay that off with the “savings”.

Starting from a stop:

While stomping on the gas wastes fuel & can result in accidents, taking a mile to get up to speed does not save you any gas. (Not to mention in some areas you are risking a bad case of road rage being directed at you). Lightly step on the gas, and smoothly accelerate up to the speed limit. On busy city streets, you should easily be up to 20 MPH by the time you cross the intersection & up to speed within a quarter of a mile if not sooner.

Flying up to a stop light is not only ridiculous, but also dangerous – as soon as you see it turn yellow or red (you know you won’t make it through) simply let up on the gas pedal & coast. Not only will you save gas, but your brakes & passengers sanity. (Yes, my wife used to be like that – once we broke her of that habit & a few other ones she constantly got another 2 MPG from there on out)

Did I mention road rage earlier… good – folks don’t be stupid & drive in the left lane if you are driving slower than everyone else, move over. Besides being against most state’s traffic ordinances, your inane ability of having no sense, is costing numerous other people a ton of gas. Did you know that your car has gears in it, and the studies done back in the 70’s didn’t include modern cars or the newer technologies like “Over Drive” which are now enjoyed by most drivers?

Go with the flow:

By driving with the flow of traffic (aka in the pack), your car is working more efficiently, than if it was travelling alone or leading. In cycling & NASCAR it is commonly known as drafting. This does not mean that you have to be right on the person’s bumper. Generally, you will be in the bubble if you are following the 2 or 4 second rule on the freeways.

For those of us in construction with two or more vehicles, if you have some household errands to run, or just a gallon of paint to pick up, don’t just jump into the full size truck unless you need it. Most smaller cars get twice the gas mileage as your larger truck does (even though that gap is starting to shrink)

“Keep windows closed when traveling at highway speeds. Open windows cause air drag, reducing your mileage by 10%” “Air conditioners can reduce fuel economy by 10% to 20%. Heater fan, power windows and seats increase engine load; the more load on your engine, the less miles per gallon.” The truth of the matter is it depends on your vehicle, driving speeds, and how far your windows are open. As I stressed in the last article, the only way you will know is if you track you’re usage. On some of my cross-country trips, I have experimented & found the mileage to vary by maybe ½ a mile per gallon – sometimes-pro AC, sometimes-pro window. That being said, I also don’t drive a Yugo, where you have to turn the AC off to get over a speed bump.

This week’s LetsBlogOff topic was inspired by a great post from Barb Chamberlain, aka Bike to work Barb of Spokane, Washington. Of all things, it started out as an article on cleaning out your purse & the items she carries in her panniers. (They are bags that go on a bike to hold items) Towards the end of the article though, is when she laid out the inspiration of this week’s Let’s Blog Off theme: “Feel free to extend the meaning of “if you can’t carry it, you don’t need it” metaphorically.” As per our custom, we will be listing all those participating at the end of this article, and I highly encourage you to check out some extraordinary wordsmiths and their thoughts.

While I am not as notorious as Nick aka @Cupboards blog, I occasionally like taking the topic and twisting it up some. In this case (especially with my schedule this week & this one was mostly written), I thought this would be a great opportunity to dive into some of the bad habits that might be costing you dearly at the pump. Who knows, maybe we can “jettison” some of those bad habits and urban myths that some mistake for truths.

Why you shouldn't ask, what color should I…?
Designing your Dream Kitchen – One common mistake you can easily avoid
Tips for ending up with a successful project that looks great
Are you going to use your head for more than a hat rack…?
Tuesday Tip: Rewiring European Plugs
Back to School Organizational Tips
Let’s Blog Off: Where do you get your Idea’s & Inspiration from?
3 Simple Do-It-Yourself Appliance Repairs
Featured Posts