You are here: Home / Miscellaneous Articles / Let’s Blog Off: What kind of Legacy will you leave? 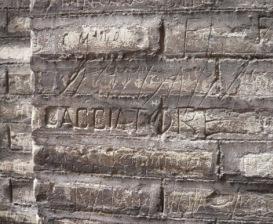 Ahhh, well here we go again, with another Let’s Blog Off, this time on what is legacy… As is our custom, we will be linking to all those participating in the week’s Lets Blog Off at the end of the article, and with such an eclectic group of bloggers and viewpoints, this ought to be good.

In the dictionary, a legacy is generally described as property or goods that are left to others when one passes away by means of a will or inheritance. Of course, if you have spent any time in the IT fields, legacy generally describes a system or program that you wish would finally die & go away, but that is another article altogether… (and lo & behold, Becky @ Eco-Modernism actually wrote about it today – http://www.eco-modernism.com/2011/03/legacy-letsblogoff/)

As many people have learned, material possessions and inheritances can easily be squandered & lost, but yet the memory of an individual, their ideas, charity, service, or something similar can still motivate and move people even centuries later. Granted, the chances of one of us ever rising to that level are remote, but we still have an impact on people after we pass. In short, one’s legacy is generally defined by what is important to them, how they lived ones lives, and how this impacts others.

While pulling a search on the different meaning of legacy, I ran into two posts that talk about this & sum it up better than I probably ever could… The first one is on a site entitled Adventures in Parenting…

… No one is perfect, and neither was my mother. I won’t list her faults here, but I am certainly not blind to her shortcomings.

She did not make it in the Guinness Book of World Records. She did not climb Mount Everest or write a best seller. She lived a sheltered life with limited opportunities available to her.

But the legacy she left behind for me is to live a decent life, no matter the circumstances. It may not seem much compared to the Rockefellers’, but the similarity lies in leaving behind a memorial of how their lives were lived… (Read More)

The second one is by Amy L. Harden’s, and found in her blog

… You do not have to be famous or make a ton of money to leave a Legacy…most people leave a secret legacy that is only told after they are gone by those who pass through a viewing line and tell you how your loved one touched their heart…guided their career or helped in a way that you are totally unaware.

I have to admit, I also liked the examples used in those posts above, as many people become so fixated on leaving a mark, that they miss what truly is important. I think Ralph Waldo Emerson said it best “The mass of men worry themselves into nameless graves while here and there a great unselfish soul forgets himself into immortality.”

So how is one supposed to know what type of legacy they will leave behind? Well unless you pull a Tom Sawyer / Huckleberry Finn & listen in on your own funeral, you probably will never know. The real question becomes, what kind of legacy do you want to leave? Warren Buffett describes love as being “the ultimate test of how you lived your life…” while Abraham Lincoln succinctly states “Die when I may, I want it said of me by those who knew me best that I always plucked a thistle and planted a flower where I thought a flower would grow.”

Renovations & Insurance - What is covered & what isn't
A Contractors Oversight... the conclusion
Let’s Blog Off: Dog Shoots Man?
Blog Action Day 2010: Water
Going Green – While Cleaning
The Power of We: A great example
Let’s Blog Off: COOKIES!!!
Let’s Blog Off: Privacy from an Information Security Specialist View
Featured Posts