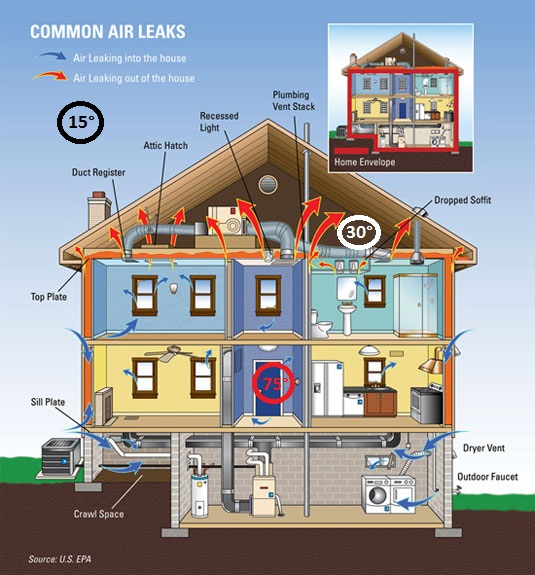 Stack or Chimney Effect describes the natural phenomena of how air moves into and out of a building, a chimney, a flue pipe, or other type of container. This is caused mainly by pressure & temperature differences – the bigger the difference, the bigger the effect is.

For most people the concept seems simple – warm air rises, cool air replaces it and that’s it. I would dare say that the diagram below is probably the most popular ones used to help explain Stack Effect & how air leakage impacts it.

While rare there are times when everything is perfectly in balance & there is no air flow. 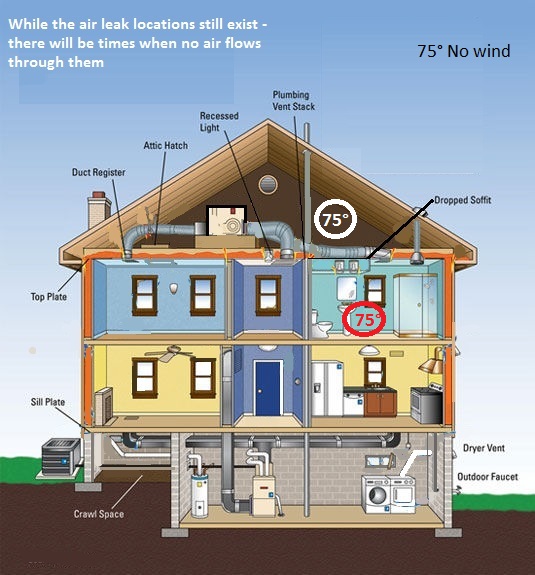 This one is commonly referred to as summer or reversed stack effect. Instead of cold air being “pulled” in, it is essentially being pushed out due to the expansion of the air above it – much like a hot air balloon. 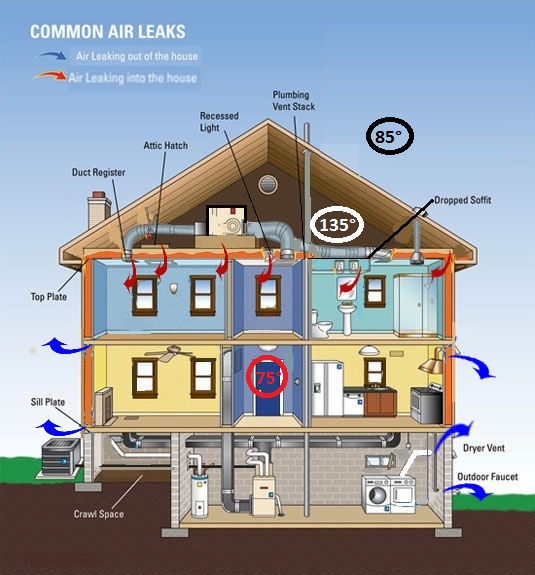 Stratification is an interesting item and most commonly seen in large rooms with radiant heating, commercial buildings, and in chimneys. For radiant heat the lower areas are actually heated & the higher you go the lower the temperature goes

The wind also plays a major part & is well known for turning everything on its side or even appearing to reverse what one be expecting.

The Home Builders Energy Efficient Tax Credit - an FAQ
FAQ: Why are my windows / walls wet or have ice on them?
Insurance Claim FAQ's
Say what… aka the acronym dilemma
BS4D: The case of the Sweating Toilet
BS4D: Heat & Transfer Methods
BS4D: But my house needs to breathe…
Electrical FAQ: Off the wall questions...
Tweet