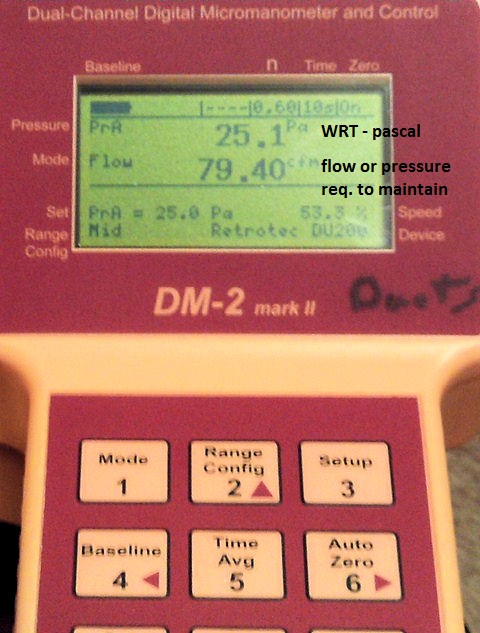 The pascal aka “Pa” is simply a unit used to measure pressure on a manometer. In this context, pressure (p) is the measurement of force acting on a unit area with respect to (WRT) another. One example is when we are testing an HVAC’s system ductwork; we pressurize the entire system to 25 pascals with respect to the house.

No matter where you are it in the world, the home performance & building science fields generally deal in pascals. This is because it not only works well with imperial & metric measurements but it also scales well for the testing needing to be done. (see ACH article for 1 example)

The chart above was split into 4 distinctive fields as an example of why some of the other well-known measurements don’t scale as well. The first column shows a single unit & how many pascals it contains while the three on the right show the most common testing units.

To pressurize or depressurize that is the question… While there are many schools of thought on this the most popular are as follows with the reasoning; 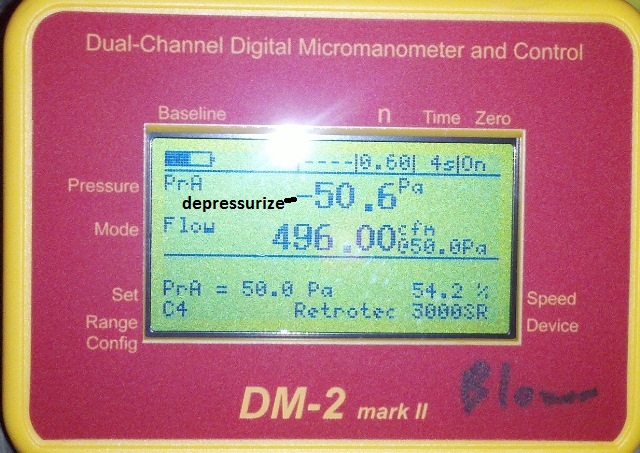 BS4D: The HERS Index & Score
FAQ: Exterior HVAC units - Should I cover my unit, or... fall & wintertime questions
Insurance Claim FAQ's
FAQ: What decking material should I use
BS4D: Envelope Leakage Testing 101
The Home Builders Energy Efficient Tax Credit - an FAQ
BS4D: ACH (Air Changes per Hour)
LEAD FAQ’s – To Test or Not to Test – that is the question
Tweet