…My daughter is eight years old. Since she was in diapers she has told me and anyone else who would listen that she is going to be a construction worker. Her favorite TV shows include Ask This Old House and the such. She plans to open her own construction company and build me a house when she gets to be an adult…lol!  She has even drawn out “blue prints” for this house. She is an awesome kid! As of late she has been getting made fun of at school for wanting to be a construction worker because “its a boys job”. My daughter has a dream and I am looking to get her connected with women in the industry who can show her that her dream is attainable and not just for the boys…

Wow, that does sound like an awesome kid who will probably go pretty far and possibly own her own successful Design-Build firm. I was fortunate enough to have this email forwarded to me by my good friend & fellow mrW Tradesmen Sal Langer of Langer Roofing.  This all came up as we were talking about that day’s competitions at SkillsUSA, the ever changing landscape& issues businesses like ours deal with daily. 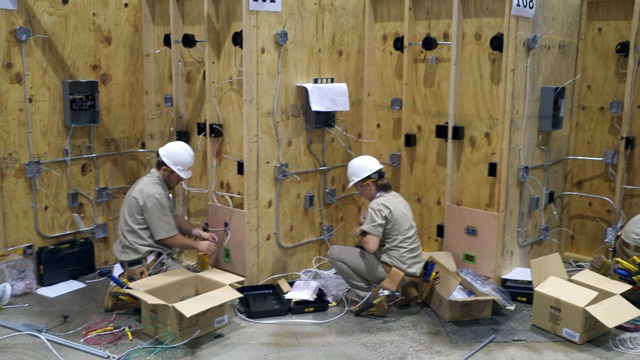 The first thing that comes to mind (especially considering the age) is that boys will be boys & they are probably more worried about cooties than anything else. As for the older boys with the more expensive toys, many of them have probably already worked with a woman & know better. It doesn’t matter who is on the job site, all that matters is that one knows their job & does it well. Granted one might run into a few Neanderthals over the years, but that isn’t unfortunately limited to just one field or career. 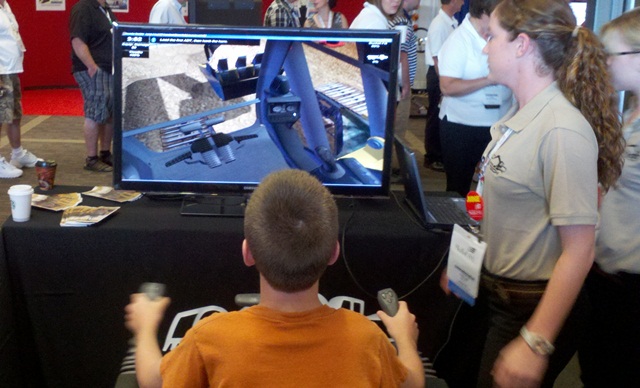 Granted if you stop by a job site, you probably will not see any women there. This leads many to almost consider it news as this article or this one from the San Francisco Gate allude to. However as the SFGate piece stated, Tina Humphrey of Buildergirl Design & Construction has been a licensed GC since 1989. Many women like my wife & others simply prefer to stay in the background though they are more than silent partners as this piece by Todd Vendituoli shows. I know when I was leaving Arizona there were quite a few good ones that were making quite a good name for themselves as this article shows. 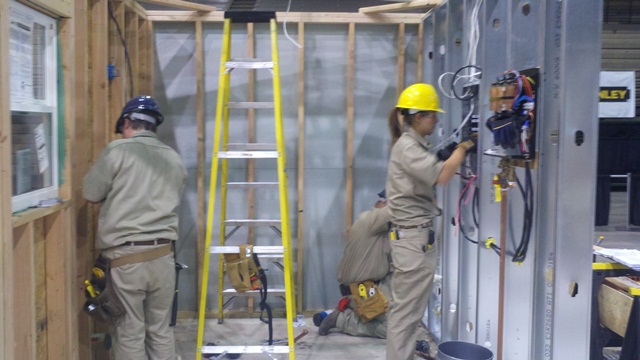 Last year at the Team Works event, there was only 1 female on all the teams. This year there were 6 total with 2 of them & their teams medaling. Talking with some of the advisors about their states qualifiers it sounds like more & more females are getting past the stereotype & entering the field. I know for one state, almost every single team had a female on it with one team being comprised of nothing but females and they nearly won. The Pictures: This one is from the Team Works event, the one above is a trainer for John Deere, and the top one was from the Electrical competition.

There are plenty of organizations & opportunities for women hoping to pursue not only the dream mentioned above but others. For example there are numerous conferences like this one put on by Skills Canada. Many Habitat for Humanity chapters have “Women Build” projects and there are numerous specialty clinics like this one put on by A. Tamasin Sterner. Then of course one can’t forget organizations like NAWIC (National Association of Women in Construction).

Speaking of acting like Neanderthals, can I ask what is up with some of these unions lately?  “Win or lose, Scott Walker has joined ignominious company in suffering the humiliation of a recall election. 3rd ever” was a tweet I saw recently. On a billboard I saw while driving to Skills – “Right to work isn’t right for workers”, seriously? This doesn’t even begin to get into some of tactics used or the part where a city or agency has to deal with multiple union contracts ensuring that it requires 4 or 5 guys to go deal with an issue & only 1 of them can basically work at a time. And to think I thought that was just our government at work…

I really have to ask, do you ever wonder why you keep losing members, factories get moved oversees or setup in other states? Do you really care that in Wisconsin, you basically wasted 16 million dollars of taxpayer money to hold an election you were bound to lose? How many projects did this end up getting put on hold or simply canceled? How many companies during this time simply didn’t even consider starting or moving to Wisconsin during this? Do you really understand that we are now in the 21st century, the times and your membership needs have changed?

While I really don’t like the game of what if’s – can you imagine what would have happened if instead of playing the game the way you normally do, you instead choose to use the picket fund to help offset the pay cuts of existing members? Couple that with a sensibly worded; while we take issues with this, we are going to do everything to help support the workers, getting this state back on track, etc…. Instead of winning a small skirmish, you would probably be looking at an increase in membership, good will from many, and probably a crushing win come the election. 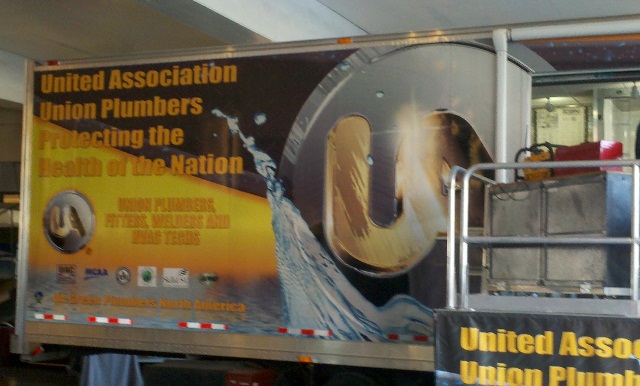 On the flip side it appears some unions are working at promoting their strengths as many business owners & potential employees don’t really know what they have to offer. I really was intrigued & impressed by this setup from the United Association of Union Plumbers which shows just what is hiding behind the walls & how it all works. I had a great time chatting with some of them not only about their training programs, the future, but also the flexibility they are offering businesses looking for trained tradesmen or apprentices / helpers. 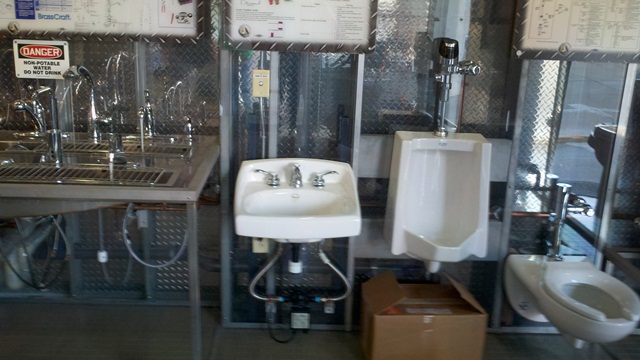 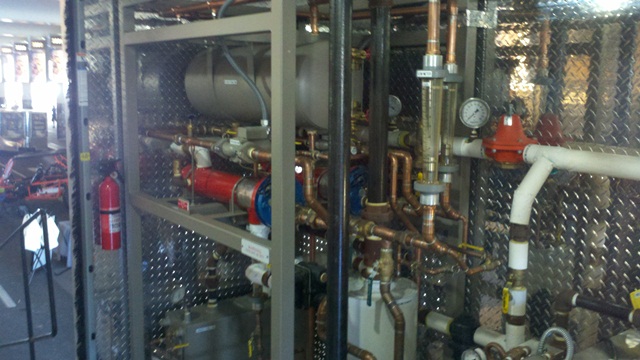