You are here: Home / Miscellaneous Articles / Faceoff – The “Energy” Plans 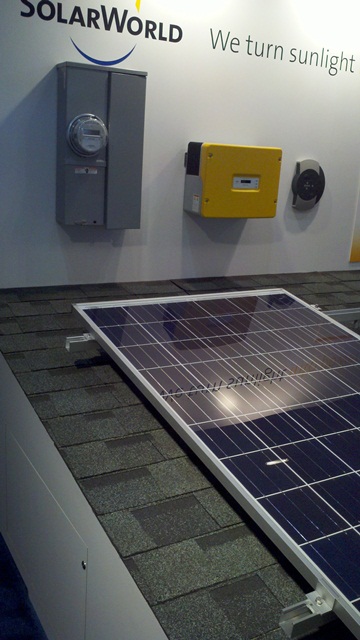 It really is quite amazing listening to people describe the two different “energy” plans. Leaving all the vitriolic comments aside how about we actually compare them side by side. The Romney/Ryan plan is called “For A Stronger Middle Class: ENERGY INDEPENDENCE” while the Obama/Biden plan is called “ALL of the ABOVE.” I really can’t stress this more than enough but when one looks at regulations, commercials, or plans in this case; if you want the facts, it is up to you to actually do your own fact checking & actually read them. With that said here is our quick take on the two plans (with a snarky comment or two snuck in – sorry).

The Romney/Ryan site & plan was definitely written up by someone in business as it smacks of a business plan. Unfortunately like most business plans, it looks great when laid out on paper but one has to deal with the markets & changing tides or in this case bureaucracy & politics. The 6 main points on the plan are to;

Seriously you can’t make this up – after Romney released his plan the Obama Campaign released theirs & entitled it “all of the above.” From their site with the logo directly above it “President Obama has a real strategy to take control of our energy future and finally reduce our dependence on foreign oil—an all-of-the-above approach to developing all our energy resources.” Unfortunately if you are looking for a true plan, it isn’t on their site as it is mainly composed of quick headline & soundbite pieces. Their plan appears to be made up of increasing drilling for oil & gas; increase biofuel usage, expand nuclear & solar, harness the wind, & invest in clean coal.

Neither plan directly involves nor calls for improving efficiency or encouraging conservation. Both plans are more geared to the promise made by Nixon & every other president since to become Energy Independent. The closest one comes is in Obama’s plan is when he mentions the new “mileage” standards to take place in 2025.

Unfortunately both parties completely miss one simple fact, you can’t just drill, soak up rays, or lay about in the breeze & hope to not only reach that mythical point but not have to turn around later and import more because we can’t produce enough to meet our increasing needs. Along the same lines, you can’t just push conservation or try to make things so efficient that we can roll back the clock either as the population continues to grow.

Both plans do not contain any specifics; Obama’s plan simply states they plan on expanding solar & harnessing wind with a few charts about the increases enjoyed by those two technologies under them. Romney’s plan does bash the subsidies but that is the way in which they were handled, while on the flip side they are for easing many of the regulations that have killed off many solar & wind projects due to increased cost & delays caused by red tape. This is accomplished with a cleaning up of some “outdated” regulations & turning permit authority over to the states for certain items.

Both plans are about increasing domestic drilling & natural gas production. The key difference between the two is that Romney’s calls for the Keystone XL pipeline to be built & to work with Canada & Mexico to eliminate us bringing in oil from overseas before his second term is over. The Obama plan on the other hand simply talks about the new MPG standard that doesn’t go into effect until 2025.

To clear the air – claims of increased production are not because of increased drilling rights but rather the fact that the price per barrel is high enough that domestic wells can now make a profit by operating. As for the fraking process, both talk about environmentally safe but I seriously doubt that it ever can be, which is bad as this can & does impact our drinking water supplies which are dwindling fast.

While this was not addressed in the original Romney Plan (linked at the top) it is definitely in the “Clif Notes” version where it is listed as “Amend Clean Air Act to exclude regulation of carbon.” This happens not to be a promise as the only way to amend the “act” is through Congress. If you want my views on this subject, they can be found here; Sustainability, Green Building & You?

Bio-fuels is very similar to the Renewable section above.  The Obama plan simply mentions another “standard” that will save 14 billion gallons of gasoline in 2022. Hopefully by the time this does come about a new fuel is invented which doesn’t ruin small engines, increases gas mileage as compared to reducing it, doesn’t absorb water making additives a necessary & doesn’t require 4 nearly 4 gallons of gas & water to make 1 gallon.

There is nothing mentioned under the Obama plan which is understandable as their record on job creation is shaky at best. The Romney plan on the other hand does talk about job creation and while I think the numbers are over stated, there would be some great jobs created due to the pipeline, the associated manufacturing, and of course ancillary jobs to support those workers.

The “all of the above” plan as shown on the site really isn’t a plan as there is nothing there, but who can fault them when a simple slogan of “Change You Can Believe In” helped win the election. If you want to learn more about what President Obama and Biden have pushed for, believes in, etc… you are going to have to dig more into it than just looking at “the Plan”. The “Energy Independence” plan does provide a clear road-map of their vision & it isn’t about pushing stuff further down the road but dealing with the challenges now & during their term if elected.

All in all it is down to you to review them and do your due diligence. Depending on your views, the verdict may already be in but it never hurts to review them as no party has a lock on . If you are still making up your mind, you might be surprised in what is really said & done as compared to what is “reported” by both sides.

Should your Contractor carry General Liability Insurance?
The Power of We: A great example
Organizing the Refrigerator & Freezer
About Us: Courtesy of Builder Link
Funny Energy Efficiency Videos – say it isn’t so
New Year's Mailbag of FAQ's
Building smaller – is it the next big thing?
Let’s Blog Off: The edge of your world
Featured Posts

Today is the start of Hurricane Season that has been predicted to be busier than usual. Based on the ocean ...

Well I have some good news & some bad news – the good news is that this is the last ...

Ahhh, back to school time - maybe I can now get a little peace & some quite time, get some ...

7 Steps to temporarily patch your roof with a tarp

When ones roof is damaged it is only natural to want to stop any water from getting inside, which also ...