You are here: Home / Around the home / Holiday & Vacations / Memorial Day – a time for remembrance & flag etiquette 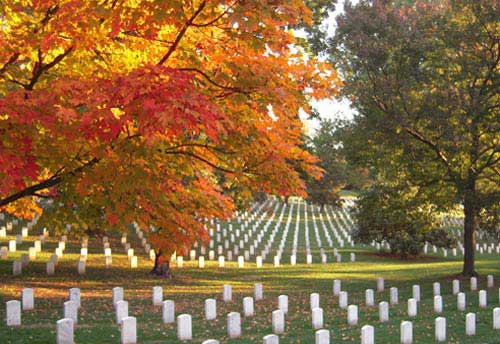 Ahhh, Memorial Day and what is seen by many as the start of summer. Having stopped by a lumber yard yesterday I can easily say that the sale of barbeque grills, ac units, and flags was pretty brisk. While there is still some doubt about how Memorial Day / Decoration Day originally came to be, most all recognize it started off as a way to honor those that fell in America’s bloodiest war – The Civil War. After World War I, Memorial Day evolved to honor all the men & women who fell in battle (1,343,812 with an additional 38,159 MIA as of this date). In 1971 Memorial Day officially became a Federal Holiday which is observed on the last Monday of May (due to the 1968 Uniform Monday Holiday Act).

While there are many takes on if it should be a day of somber remembrance best observed on the 30th or a time to reflect &/or celebrate is debatable, one item isn’t; we do owe a lot to the men & women who sacrificed their lives to allow us to debate it. I think John Hayward did a nice job of summing it up, “Every American soldier gives his life when he races into battle on our behalf.  Thankfully, most of those lives are returned.  On Memorial Day, we remember those that were lost.” (Picture courtesy of Arlington National Cemetery)

One of the most confusing aspects for many revolves around the flag and Memorial Day so hopefully these reminders will help.

In closing, we hope that you all have a great Memorial Day and take some time to remember just why we actually have this chance to celebrate and why we can enjoy all the freedoms that we do have. For those that do know of a family that did lose a loved one, you might also consider thanking them and seeing how they are doing. A sincere thank you to all…