You are here: Home / Miscellaneous Articles / Let’s Blog Off Anniversary, SWAG, Random Thoughts and the Future 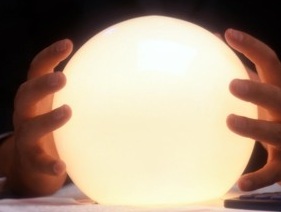 In just a little over a year, there have been a total of 29 “Let’s Blog Offs” ranging from topics like Shoe Shaped Bath Tubs, to writing you’re own Obituary’s & for this anniversary Blog Off, everyone is asked; What will your life look like in 20 years? To some extent, this feels a little like déjà vu as the first of twenty Let’s Blog Offs I participated in was on; is building smaller the next big thing? As is our custom, we will have a list of all the participating bloggers at the end of this Blog Off and hopefully their crystal balls are not as cloudy as mine…

Before one looks forward, it is only natural to look back at the past to see what has changed & where we might be heading. As I have been fond of saying, those that forget history, are doomed to repeat it… Coincidentally this last week seems to be full of people looking back at past events and how they effect today. There were three posts that I read that truly stood out this week; the first was by David Moulton (aka @exframebuilder) on the London Riot’s & is titled “Alien Nation.” Now if you think you know where he is going with that title, I would wager that you probably are wrong. (You may send all lost wagers to the address at the bottom)

The second article while it doesn’t really mention tie the past into today, it does offer such a poignant look back it is well worth a shout-out & that one is from Nora DePalma (aka @noradepalma). It is entitled “My Visit to the Berlin Wall: August 1980.” The third article is by a Steve Mouzon (aka @stevemouzon) on “The First Time Around” or why green failed the first time.

Along the same lines of forgetting history and being doomed to repeating it, one must also remember that people that can’t escape what has happened in the past will never truly live. Alas, David’s article does point out one issue that will probably never go away, and that is groups of individuals lashing out at the system, or in some cases just looking for a reason to rebel. Ahhh, the impressionable years of a persons life.

I think it is interesting reading Nora’s article about thinking about how much has changed in such a little time with regards to the Soviet Union and how many people that didn’t grow up during that period just can’t grasp what that time period was like. We have gone from bomb shelters to storm shelters, from cowering when the USSR launched a rocket, to not only having the Soviets fly us into space, but spend time together in an International Space Station. Along these same lines, I think we will see a completely changed fabric in the Middle East with the upcoming generations based on many of the changes happening over there.

How about some SWAG or Scientific Wild Ass Guesses? While I think Steve made some very interesting points, I think the future of green for many is pretty bright. Hopefully before we reach the 5 year mark though we can lose that term as “green” goes more main-stream. On the flip side, expect a lot of the junk science to get tossed out, while proven ideas and solutions are still propelled forward.

The days of putting plastic behind drywall is quickly coming to an end, which will leave many in twenty years just shaking their heads. Along the same lines, fiberglass may soon find itself as the next asbestos, no matter how much they try to paint all the other options as “worse.” Speaking of health issues, hopefully the Health department officials will knock it off on “the blame the smokers” campaign they have going on (second & third hand smoke) & actually start focusing on what the real culprit probably is – RADON.

Government Regulations – this one I have to flip a coin for, as a big backlash is building against some of the stupidity, whereas one hardly ever wins arguing with stupidity & the government has a habit of pushing forward no matter what. The only bad part about backlashes is that when they do happen, in most cases the poor baby gets tossed out with the bath water. If I had to lay down odds, I would side that in 20 years we will become as regulated as doctors, insurance companies and others are. Along the same lines, with more regulations, the less choices you will start having as many companies will start merging and prices will rise.

Tricorders (Scan, Analyze, Record) – shoot we already have them, what more do you want? With our phones right now, we can scan a code or shoot a picture of something and have more information on it, than one could ever have imagined. We also can also call or text anyone on the planet (& even in space) to please “Beam me up Scotty, there is no intelligent life here…”

Building Diagnostics – whereas years ago one required a backpack & harness to capture an infrared image, we now have some models now that are the size of a cell phone. In the next 20 years, I doubt we will have to lug out 10+ different cases required now to model & test a house. We will probably be down to 2 fans, a few data loggers, and a small tablet that will automatically measure the house off a picture and input all the data required in less than 30 minutes for a full rating.
Speaking of ratings, I expect in 20 years, a HERS rating (think of it as a MPG sticker for your house) or something similar will be required for every house. As for programs like California Net-Zero initiative and others, I don’t really see that working out but standards like the PassivHaus one will probably be common place for most new buildings. (KB Homes Rating all New Homes / Minnesota Passive House)

The two biggest issues I foresee for the future isn’t energy, or peak oil, but rather water & the infrastructure. With today’s booming population, we are taxing all of our systems well past the intended breaking point and it is starting to show. While many are attacking the increased energy usage by turning to wind or even more coal powered plants, many are still at a loss on what to do with our aging infrastructure and the associated water issues. Within the last week Baltimore was flooded while one Texas town had to shut off the taps. Fortunately history shows that we are pretty resourceful and when our backs are to the wall we will overcome the issues.

Now as for me, well hopefully the business will be turned over to the kids and I will be semi-retired allowing my wife & Ito travel to places we love & to visit so many we have yet to see. Hopefully though, as my crystal ball still looks cloudy, that doesn’t mean that their is a lot of rain is in the forecast…

Training Revisted - The battle to be the best
The truth, the whole truth, and nothing but the truth…
Let’s Blog Off: Where do you get your Idea’s & Inspiration from?
Creativity & finding the right people for your project
Looking Back & Moving Forward
Facebook and the Blue Suede Shoes
Who & what is NARI and this Code of Ethics you mention?
Safety Sunday: Preventing Food Poisoning in conjunction with #BAD11 & World Food Day
Tweet