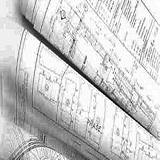 Contractors rightfully get a bad rap sometimes for not wanting to change or embrace new technologies. “I have been doing it this way for years & never had an issue.” Some that do embrace change have learned the hard way that it is best to tread carefully after being bitten by some new product that fails causing 100’s of houses to be redone. It can be a fine line sometimes, deciding when a concept or product is really ready for market and that they can successfully install it properly without issues.

On the other hand, many in the fields of building science, green building, energy efficiency, or sustainability on the other hand it is all about moving forward as fast as one can. Moving forward is good, but abandoning common sense just because all the big kids are going “this is the best thing since sliced bread” isn’t.

Though we never really knew you, we are sad to see you go away. Our original vision included radiant floor heating. Though we’ve never lived in a home with radiant floors, we had read numerous articles celebrating its comfortable, silent, even heat with no blowing air currents. According to many articles we’ve read, it’s also a good match to the output temperature of a solar thermal system, which is some 30 degrees below the input temperature for baseboard radiators…

Ductless minisplits are all the rage

Alas, it seemed most articles we read about heating/cooling a PassivHaus or other very tightly insulated homes relied on ductless minisplit systems. These systems consist of a condensing unit outside, connected via a small copper tube that circulates refrigerant to an indoor wall-mounted blower unit. The indoor component is touted as being whisper quiet. Some manufacturers claim their units can heat effectively down to a very cold -13 degrees Fahrenheit outdoor temperature… (Yes he lives in Maine so -13 is a concern)

Fortunately, unlike others that simply just jump on, he is not completely naïve as he is having heat load calculations being done on his 4000 SF dream house (including the basement) & he is also “dubious of its prowess when the thermometer plummets outside” (which quite frankly he should be). Are ductless mini-splits a good solution in many cases – yes they can be. Are they the only answer – not by a long shot & it sounds like him & his wife are going to be making some interesting trade-offs to maybe save a buck or two & hop aboard the bandwagon express.

Besides, one can’t really beat this as a segue into our next two articles which are going to deal exclusively with radiant floor heating. The first we are handing off to our good friend Todd Vendituoli of The Building Blox who not only provided the picture below but is going to cover how one is installed & some of the benefits he sees. This will be followed up by me on why it is on our list & worthy of consideration even if you live in the southern climate. 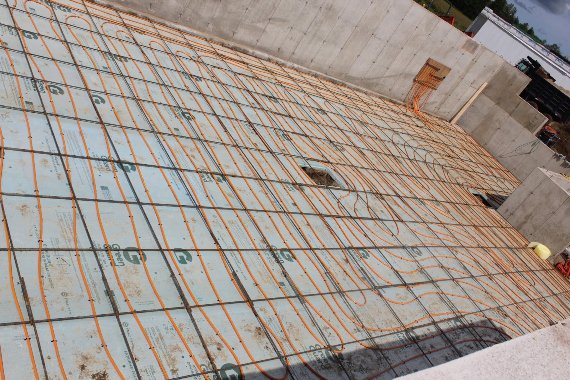 I sear the anti-foam crowd is hilarious (yes even better that watching the Fiberglass & Cellulose installers spout of on why their product is better than the other one) with their half-baked logic trying to sell you on their view. Unfortunately they got a big boost by a study done by one of these individuals which amazingly came out saying that every other product out there basically doesn’t contribute to “global warming” except for foams.

The brilliant name for this – GWP or Global Warming POTENTIAL. As I reminded a few others “Heh, can we actually start with some real science first before vilifying products? Lest everyone forget the P in GWP is potential & looking at the way they calculate out the numbers they have over 50% of known error potential (to start with) & that is slated to overstating the issue. With that said, should the industry look at using less caustic chemicals – shoot yeah”

It really is pretty simple; all products have pros & cons, places they should be used & shouldn’t be used along with directions that need to be followed to install them properly. It is imperative that you find someone that knows why & how to do the work properly so you won’t be disappointed nor have any issues.

Depending on what you read, LEED / the USGBC is having a bad time & getting beaten up by a ton of special interest groups. Two of the main issues revolve around FSC certification and the Plastics Industry. I have got to admit, wood certification is not something I follow to closely nor know a lot about, but the first thing to consider is that this is an optional point & not a mandatory one which many don’t even bother going after (especially seeing there are easier points out there).

With that said I do know the paperwork required for FSC is a nightmare for many chasing those points, especially with the chain of custody. Do we seriously need a chain of custody for products cut & milled in the US or Canada? How many other items differ from the SFI that are moot due to the differences in cultures, locations, or the type of forest (i.e. a pine forest is very different from a rain forest)? What will it realistically take for SFI to be accepted to meet stewardship goals based on the location? Can the USGBC &/or has the USGBC worked with them (or others) to get there? That is what needs to be out there and sold to SFI, the loggers, the mills, the public and of course those in government.

Ahh the plastics industry & oh boy, did they freak out over one line item in the third draft (which wasn’t even in the final draft and is also a “voluntary point”.) Amazingly if it wasn’t for this firestorm they artificially created, the FSC issue above probably wouldn’t have garnered an Executive Order from Georgia condemning the USGBC on it because almost everyone before was on the “LEED is Good” bandwagon. Just like FSC issue, LEED does have a few things to work on, but the end result is probably that LEED is going to continue growing like before. While many “LEED lite” programs are hoping to pick up some scraps I don’t see it happening because once you use – well we are like… but… – you have lost.

Just like the insulation example above, or the heating one above that, don’t just believe the hoopla or blindly leap on the bandwagon, as you might just find out that you are in for a rough ride. There are good points and bad points to almost every choice there is out there – take a few & make sure it makes sense for you and what you want to accomplish. Ok, I am stepping off the soap box now…