For numerous years the codes have required that all bathrooms either had a window OR a light & mechanical exhaust system be installed (see legal section below). The thought process was the homeowner could either open the window to remove certain obnoxious gasses &/or the excessive moisture or turn at least turn on a fan if that option wasn’t available. 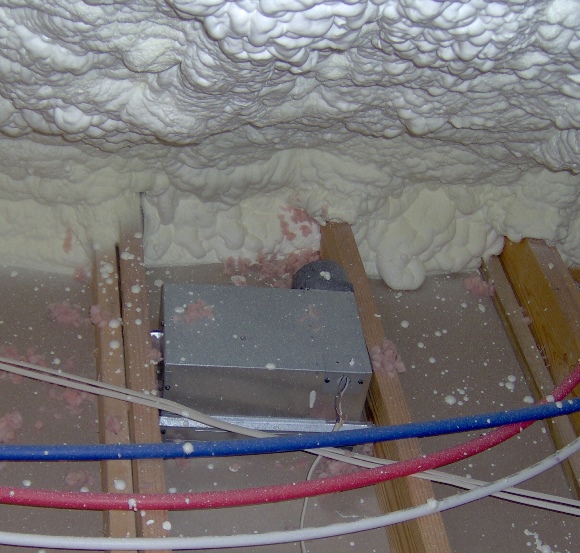 Generally we have to dig through insulation to spot this issue inside the attic, in this case it was quite easy to spot…

For those that were not located where a window was possible, (or for builders tired of callbacks with rotted trim) one might assume that most contractors would follow all the manufacturer’s directions & vent the fixture outside…

Well, they would be sadly mistaken as the industry standard in most areas was to simply let it dump into the attic or even between the first & second floors. Part of the issue was that while the electrician had to install/wire up the fan, that was the extent of his involvement & the HVAC contractor was generally only hired to handle the Heating & Air Conditioning portion.

The codes to the rescue:

Just like the dryer vents, duct leakage testing, etc… where the codes used to be silent on this issue; they now mandate that the Builder / Mechanical Contractor actually ventilate said exhaust outside.

Along those lines & seeing common sense isn’t so common they also state that; 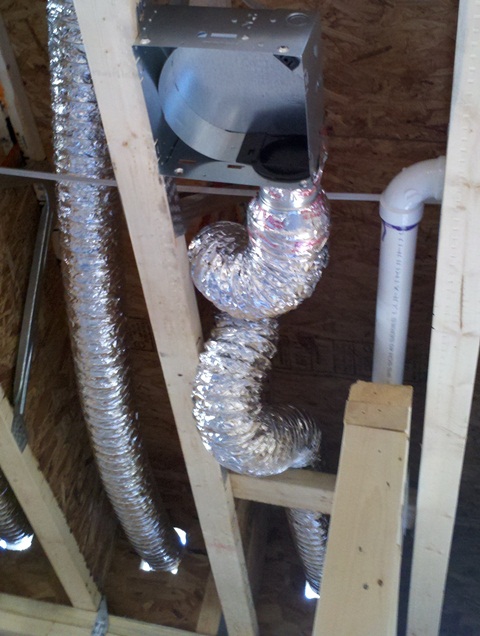 Unlike the “dryer vent” section the code is pretty quiet on what can be used & how it should be run. This leads to a lot of the nice pictures you have seen and some interesting “practices” from groups that should know better. The biggest concern is to make sure the water vapor & any possible condensation issues are directed outside & not allowed back into the house. 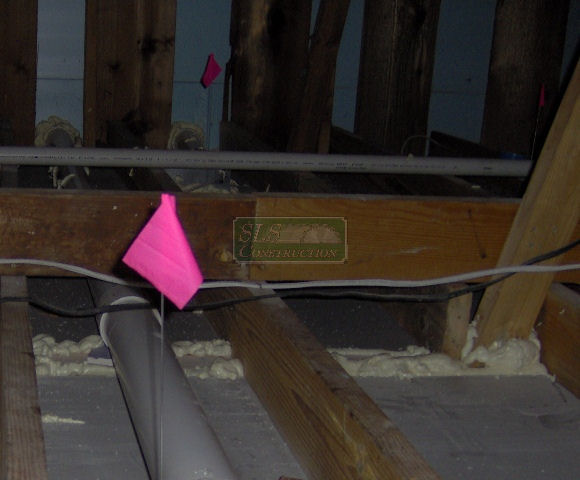 How about vent-less or recirculation types? 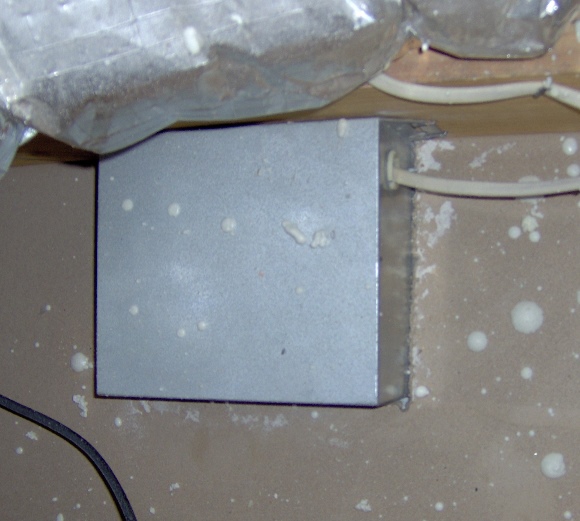 Seeing I popped this picture in this last weeks “Wacky Wednesday” series… the answer is they are not allowed. Per M1507.2 “Recirculation of air. Exhaust air from bathrooms and toilet rooms shall not be recirculated within a residence or to another dwelling unit and shall be exhausted directly to the outdoors.” Just remember the goal of a bathroom fan is to exhaust obnoxious gasses & moisture resulting in a healthier, safer living environment. Heh, wonder how long until they figure that out in regards to Kitchen Exhaust?