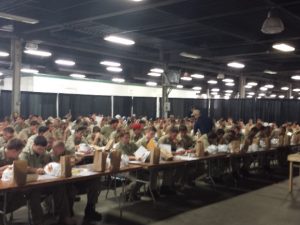 Location, location, location is not only the mantra of the real estate market; it also applies to building an efficient, safe & durable building. Recently we had this comment come up in regards to our piece on Exterior Sheathing (edited for space & readability):

I am building a small wood framed home in the Philippines. We have seismic issues, typhoons, and potential storm surges… I am trying to impress the need to increase the shear strength with Plywood sheathing but it has been hard to find locally, and I am constantly told it will increase the likely hood of termites. All of the framing materials are local hardwood…

We are planning to run hard wood 1 x 8 planks along the exterior of the house for siding with a shiplap and drywall inside. One suggestion was to use hardy planks 4 x 8 panels for exterior sheer, but I don’t believe we will be able to install the siding over it. Home wrap is virtually impossible to find so I am looking for it in China right now to have shipped over…

I have relied greatly on local techniques and availability of materials, but I definitely don’t want the house to be dangerous. I figure if a big typhoon hits, we lose the roof, but that doesn’t concern me as much as collapsing walls.

This prompted my reply “You touched on quite a few issues & quite honestly I think properly answering them would take a full article…” So lets take a look at a stab at many of his questions and help not only him but others hopefully sleep a little better at night. 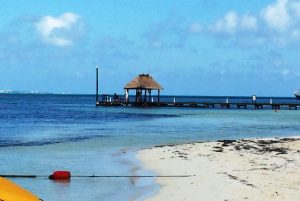 “…I wouldn’t worry to much about using local materials – it is just making sure what is done is done well. Look at how existing structures hold up & perform. What do you want to do better / improve on?”

From a historical perspective, as people spread across North America you saw different types of structures being built based on what was available (logs, clay, etc…) All of these houses did exactly the same thing, provided shelter and protection. It wasn’t really until the railroads came along & especially after World War 1 & 2 that we started seeing similar structures & non local materials being used across the country. In many cases this was just fine and brought about many great improvements in the industry while in other cases, well that caused numerous issues.

So what does this have to do with the question, well part was answered by the poster himself – using X will increase the risk of termites. Now while there are ways around it, in many areas with termites there are local materials that grow naturally that might be a better fix. Southern Dade pine, adobe… are just a few that come to mind. So how about using planks for sheathing? Guess what it works & works fine and in some cases it maybe even better as there are more nails.

Now we have all seen what happens when buildings are not built well and tragedy strikes, so part of the question is just how well built are they, how do they hold up? In places that regularly see big storms, you should be able to see & find what works by looking back. As we have mentioned in the piece about building codes, many of the changes have been brought about by lessons learned; from a spate of deck collapses, tornados, earthquakes, to even hurricanes (AKA typhoons & cyclones).

Just how big of a typhoon / hurricane / etc… do you want to be able to shelter in place from & where might you draw the line & go elsewhere. Is concrete / storm shelter or safe room / or something else an option? One prime example is tornados; does one plan for an EF5 or what one is mostly likely to encounter (EF0/1) while hopefully having a storm shelter for worst cases? While one can design for an EF5 (underground bunker) that would not be practical for most.

Granted the original questionnaire is in the Philippines, but many of those issues he is worried are dealt with in numerous places. The west coast is very big on seismic concerns along with many others also living in the Ring of Fire. Coastal construction (which covers not only storm surges, high winds, but also corrosion do to ocean air) applies not only along the coasts of the US but coasts & islands everywhere.

Besides agencies like FEMA here a good place to check is with local universities almost everywhere. One place he ended up looking was the shipbuilding area, which has “marine grade” plywood – his issue is solved at least on the sheathing aspect.

One word of caution, and that applies to terms / names used elsewhere – Hardie panels would be a flat out no here as they are simply fiber cement & not designed for what was described. Could that be the same there where he types in “Hardy”? Well who knows as that requires knowing what they consider as Hardy & it’s specs.

The house is a system & all those system’s form what the end result will be not only now, but way into the future. One of the good things is the original poster didn’t just focus on the structure, but still considered what doing X would do with Y. For those not familiar with marine grade plywood it essentially is a vapor barrier, so he was worried about the dreaded double vapor barrier or vapor barrier sandwich. In his case I recommended he consider taping the seams like we do with ZIP system / they do in Florida for roof sheathing (thus creating his WRB) followed up by a rain screed system.

In the end just remember that a home is a place to live and enjoy – unlike your life though it can be rebuilt, so build appropriately but just remember sometimes getting out of Dodge is still the best option. Best of luck