You are here: Home / Off-Grid Living / Going Off-Grid in the 21st Century – Putting the Pieces Together: Water 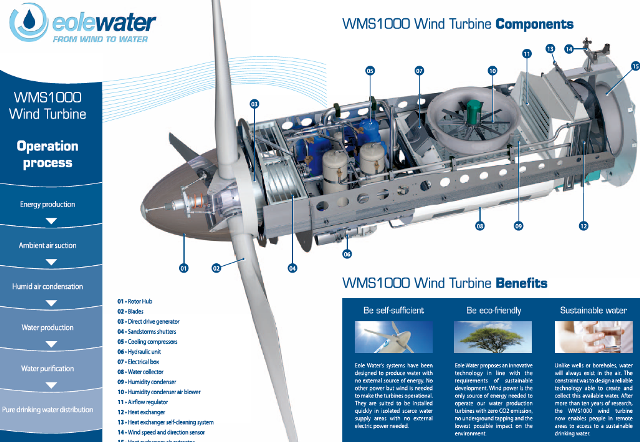 For many the most dependable thing in the world is turning the tap on & hearing the water splashing out. Ahhh the confusion & downright panic that sets in when you turn it on & get…. Nothing?!? While I can handle the toilet being unable to flush, not having my coffee or shower… Fortunately, for most of us on municipal water, we rarely need to worry about it and if it does happen, we know it will be fixed pretty quickly.

For those of us considering or having gone off-the-grid we now are the utility. This is one reason why we spent the last 6 articles going over the basics, things to consider, & delved so deep into the rainwater option. So just like the section on “Handling Waste” let’s take a look back & see if we can tie some of the pieces together, see what other options maybe out there, and how this impacts one preparing to go off the grid.

First, a word of warning:

Water, water everywhere & not a drop to drink… As a few commenters brought up in the Harvesting Rainwater article, in some locales you may not own said water so you cannot legally harvest it or divert it. Streams, lakes, and ponds running through or on your property – you probably don’t own the rights to it & it may even belong to another state or country all together. Think you can simply drill a well on your property? Well I hate to say this, but you had better check first as many properties are being sold now with limited or no water rights. (First they stripped the mineral rights, now the water rights, & even now some are adding in Natural Gas rights) So before you lay down a chunk of change for your dream property, you might want to check those items and what laws & regulations are in effect before you find yourself having a tanker truck show up with water.

One reason why city water is so reliable is the number of safeguards & backups they have in place. In many locations they don’t have just one pump, they have a bank of pumps due to the amount of water they need to pump & to ensure that the pressure and to prevent backflow issues. One of the other items is they have multiple wells & reservoirs so if there is an issue at one, they can pull from elsewhere. Now while that may be great for them in many cases that would be complete overkill for many of us.

For a well style system there generally are warning signs that a pump is going or the water table is dropping as it is taking longer & longer to recharge the tank. For a rainwater system though, life can get a little more complicated if that 5” of rain you normally get in the month of April turns out to be only an inch & a half (April 2012 – most of North Alabama).

One item you may consider is a backup supply of 50 or more gallons for drinking purposes if worse comes to worse. You may also want to consider having both a rainwater & well system (especially if you have a garden or farm). You can easily use the rain water for the other aspects & refill it as necessary with well water. If the pump just quits you can have a bypass that allows the rainwater to be filtered and used inside.  Along those lines you can rely on the rainwater year round & just have the well as a backup. If all else fails, you may wish to know which companies deliver potable water.

This is one of the most often overlooked items when people start planning to go off the grid. No matter which type of supply or storage method, one will generally need at least one pump & power for the filtration system. Fortunately the amount of power required to run these systems is dropping while the life expectancy of the equipment continues to get better with soft-start & variable speed options. One of the other benefits is also how quite they now are. With that stated, we would recommend hooking it up to a power monitoring system to help you detect if you might have a leak, if the pump is having issues, or you’re well might not be recharging as quickly as it should.

For those in a cooling climate especially, you might want to look into capturing condensate from your AC unit or a Heat Pump water heater. Depending on the units, cleanliness, etc… you maybe able to simply add it directly to the rain water system.

In the near future and following along with the condensing concept, EOLE water is currently testing a wind powered turbine which doesn’t pump water from the ground but extracts it from the air. Along those lines they also have a solar powered version. Picture courtesy of EOLE & Brochure on system

For those along the coast, Desalination is getting there but generally seen as too costly by many. They have been making some great strides in this area with the most promising being the filtration based systems where they remove the salts from the water as compared to trying to remove the water from the salt. Who knows maybe in the near future we might have units that supply whole cities economically, but develop household sized versions and maybe even some that can be used in life rafts.

Growing up it was pretty big news when China topped 1 billion & the world hit the 5 billion mark. 25 years later & we have now have hit the 7 billion mark & the population continues to grow. One number that hasn’t changed in all this time is the water that is drinkable / treatable which still sits around the 3% mark.

Even if those numbers are meaningless to you, or maybe you are not worried about it due to technological advances one other thing hasn’t changed – water is a precious commodity, especially when you can’t access it. In the case of going off the grid, the more you need, the more it is going to cost in equipment, electricity needs, and in maintenance costs. So the more you efficient & well designed your system is, the better. You top that off with some conservation and…

In the spirit of creating an efficient house we are going to take a break from the “off the grid” portion & look at “common sense” ways of designing & building new homes either off the grid or grid connected. We plan on looking at cooling & heating choices, plumbing layouts, water heating , and many other features that apply across all climate zones. When we have gone through these “common sense building” articles we can then finish off the power requirements so that one can design their dream home off the grid.

What can I say, it is an interesting idea