You are here: Home / Building Codes / My take; Tornados, Storm Shelters & the Codes 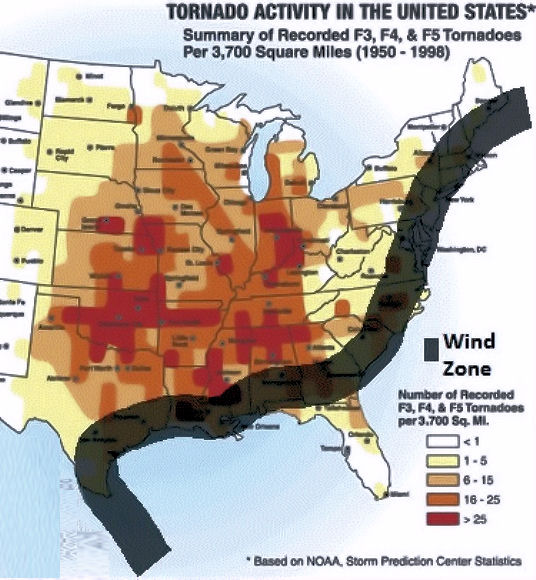 The last two weeks we got to see Mother Nature’s furry once again as she rolled across parts of the US & Canada & showed us why Tornado Alley is such an appropriate name. The storms from the 15th were quickly overshadowed by an outbreak that started on the 18th & really grabbed the media’s attention when Moore Oklahoma was pretty well blown off the map.

Typically after any major disaster, the questions start popping up on what could we have done better & what can we do to help prevent this from happening again? In this case they started popping up a little faster as this was the second time that Moore had been hit by a storm like that (May of 99). The New York Times decided to look into why the city & most states / locals recommend but don’t require “that every residence have a storm safe room or an underground cellar.” I got to say they did a pretty good job covering both sides of the issue, but I think they missed on a few items especially when it comes to the codes.

In all honesty, Moore’s site did have it right, the chances were less than 1% that another storm like the one in 99 would ever impact them again. Unfortunately as they found out, it can happen still & it could be worse as this one was an EF5. Here is a quick chart which explains what the speeds are & how often they occur.

This is a visual picture from FEMA that shows the corresponding damage to existing houses / built to minimal code standards. Along those lines, FEMA has a good amount of resources available on building safe rooms & shelters, so if you are considering adding one, make sure you check them out. 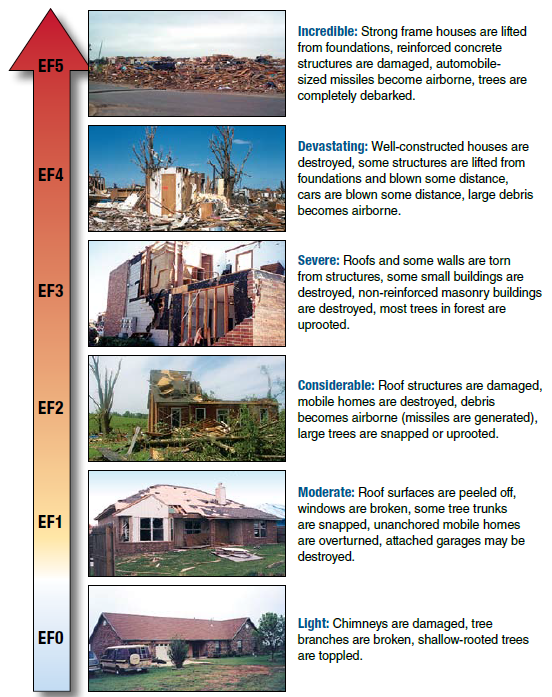 Should they be mandated by local code officials?

First off, unless they mandated underground storm shelters, the results would be the same. So with that I am instead going to only focus on the most common types; those that can get up to a 140 mph. In answer to the question, the stated intent of building codes is to establish minimum requirements to safeguard the public safety, health and general welfare… of those in said building. So it stands to reason that if the odds are high that any type of event is liable to impact those in said building during its useful life (30 years), it would stand to reason that something should be done. With that I got to say that I don’t think storm shelters are the answer.

The issues with the codes:

The NY Times piece had an interesting part on a study done in 2002 where they looked at the building practices for those homes that were rebuilt & they were not deemed any better than before. Well part of that is that the codes back then didn’t really address wind & structural issues. In all reality it took an onslaught of deck collapses back in 2003 & a host of hurricanes like Katrina before we really started seeing some real changes being made to the structural & fastening schedules. Of course even with that, this leads us to another big issue with the codes…

This is a map from Weather Underground where we overlaid the Wind Zone Map from the IRC (black band & area’s south).  Amazingly the IRC calculates basic wind speed as a three-second gust speed over 50 years, but yet none of the areas in yellow, brown, orange or even red are included. I am sorry but I would say that anyone in a red or orange area is definitely in a high wind area & maybe it is time to update their maps. Maybe if these zones were rated properly, the structures would be built to withstand the forces much like those who live on the coast.

I can’t argue the prices listed in the NY Times piece as pricing is relative to where you live & the conditions faced. With that instead of homeowners looking at $4000 for creating a storm shelter in the home or placing one outside, building to the 140 mph specs  would mean that builders are only looking at a couple of hundred to maybe a thousand dollars’ worth of fasteners, hold downs & a few more pounds of nail & glue. Of course with a few simple changes like how the sheathing is installed & the type of trusses used, you no longer need many of those fasteners & straps required… 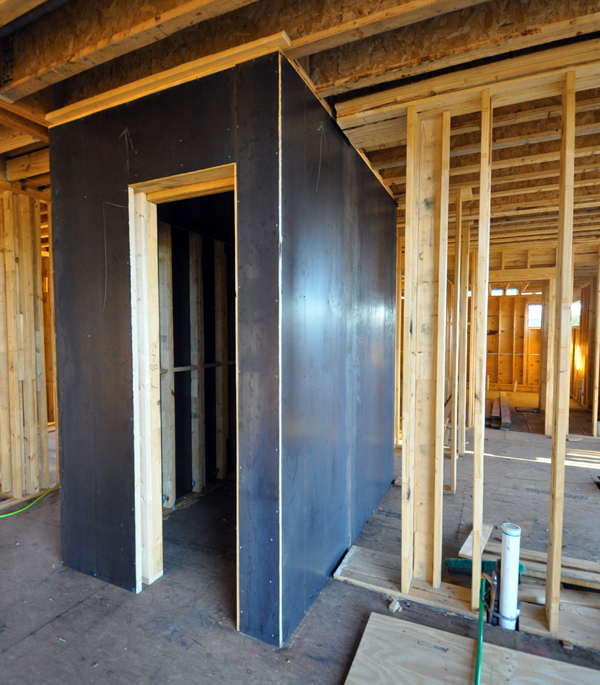 This picture comes to us courtesy of our good friend Bob “Life of an Architect” Borson of a Tornado Shelter / Safe Room that he designed for a project. He does a real good job of explaining the issues he had, lessons learned, and some other good resources. 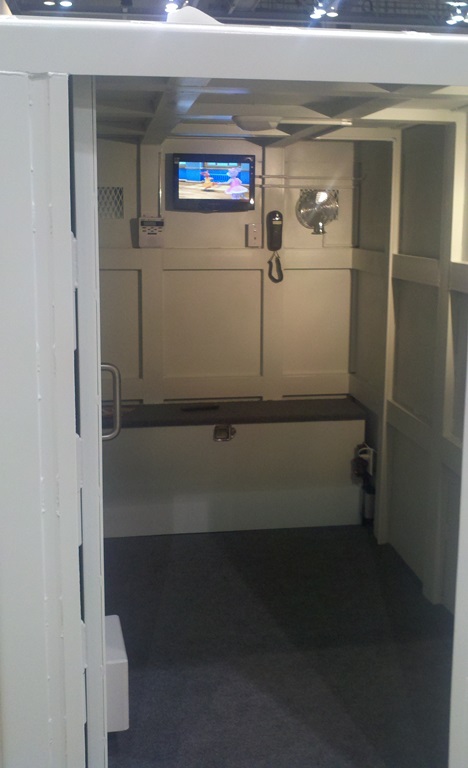 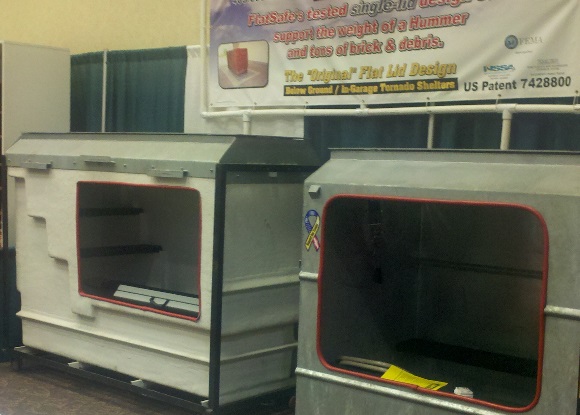 No these shelters do not have access through the side, they cut that section out to allow for people to see & crawl inside. Many come with a come-a-long to help you open the top cover in case something has knocked it out of wack or is sitting on top.

As an FYI, in case you are wondering, can we blame this on climate change the answer is no. As for why certain years like 2010 are off the charts and 2012 are way below average is still a mystery. For more on the climatology & the numbers; NOAA.