You are here: Home / Around the home / Air Sealing & Insulation / BS4D: Are “vented” cantilevers bad? 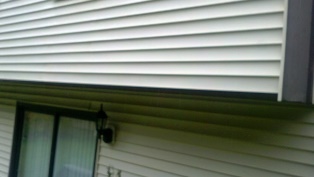 I know you have seen it, the vented panels on eaves, porches, and cantilevers. Sure we know that in most cases they are not venting anything & this was done quite simply because someone thought it looked right, or that might be the only material handy, but to be qualified as a bad thing? “Sure it increases air-leakage, decreases insulation values…” Really?

Yes is the dreaded vented panels that was causing such consternation on the house above. While I could not readily pop the panel to see what was underneath, I can tell you it was solid. 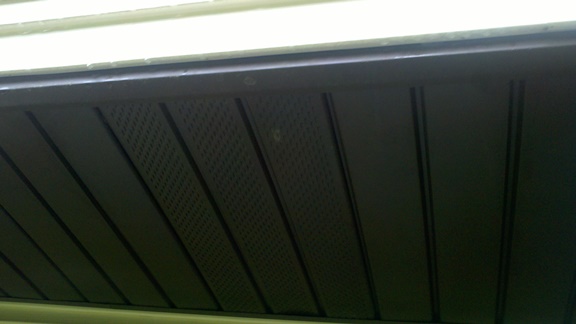 So is this really such a bad thing? The answer like many is – it depends. For most houses in the US the answer is quite simply no it doesn’t matter & in fact this can be a good thing for some structures as it allows the sheathing above it to dry out easier. For others & even those where this is ok the answer lies in, just what is above the vinyl or aluminum soffit material.

Most cantilevers are very similar to the one shown below & that is where the bottom is capped with plywood which is nailed to the floor joists. If the cantilever is capped like this, air can not flow through so that typically makes the “venting” a mute point as it is going no where. Now hopefully yours is not rotted out like this one was, due to bad flashing details & the small issue of having a deck attached directly to it. 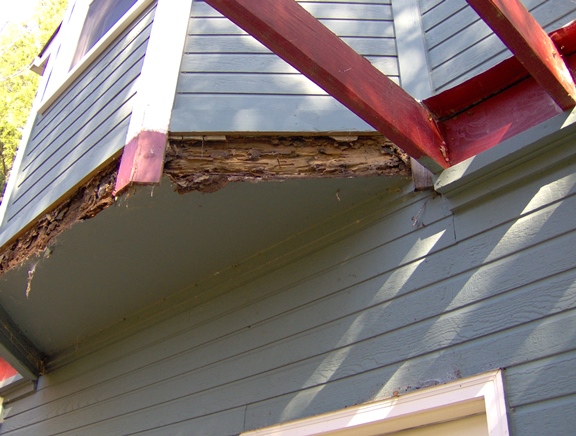 So why do we typically have so much air leakage & heat loss in these areas? Well the answer is; 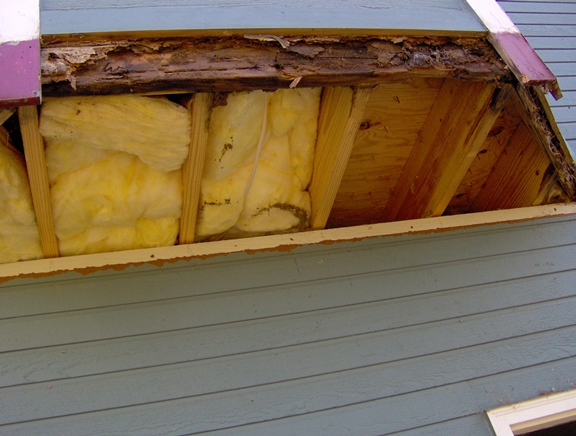 First off when it comes to the cold, most cantilevers are not insulated (like the right part), whereas when they are, it is generally so poor (like the left part) that it doesn’t really matter. Even if they are “insulated” properly if you look to the right you might notice that the joists run directly into the house & there is no blocking there. Ahh welcome to the air leakage part where not only are able to pull air in from around the plywood cap, but now we have the entire floor system, and two exterior walls that can add to it.

That lack of blocking & other issues can lead to infrared shots like this; 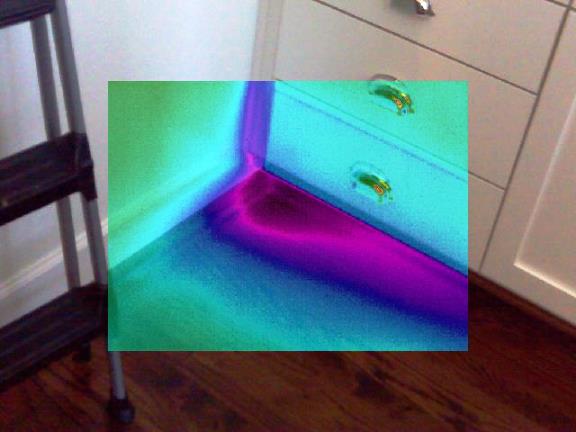 The quick moral of this – it doesn’t matter if you have vented panels or not, you really wont know what the issues are unless you take a look at what is under it. Does this mean you have to pop the plywood panel if they exist? No as you can tell if there is an issue via other means like infrared, or maybe even using a snake cam. With that though, odds are high that the plywood will need to come off eventually if repairs are involved.