Just like any other scientific field, building science is constantly evolving as new information, testing, and materials are released. Unfortunately in some cases the amount &/or type of information provided is not only hard to understand, but can also be meaningless based on your house or area you live in. With that, welcome to our newest series where we plan on taking common terms & practices and distilling them down like the popular “for Dummies™” books do so well.

Energy Codes are very similar to building codes with some subtle but very notable changes:

Most of the country either uses or will soon be using the IECC which address both Residential & Commercial Buildings. One major exception is California which has its own version commonly referred to as Title 24.

Unlike the Building codes where the AHJ is responsible for setting the minimum code or standard to be enforced, this has been “voluntarily” ceded over to the Department of Energy, the IECC committee, ASHRAE, ANSI, and IESNA. While each local AHJ can amend the codes, they can only modify them so that they meet or exceed the current standard. 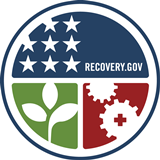 Unfortunately there has been a ton of confusion on the subject as most people have yet to read the acts that pertain to this or simply rely on what others have stated. One “white paper” in particular (especially seeing it was put out by the USGBC & many other preeminent organizations) has also added to this confusion. While the paper was technically correct when it was written & they did include the proper language, they simply listed that it was 2009 IECC that had to be met but forgot to emphasize the “most recently published” language.  In short, by February 17th, 2017 all states must have adopted & have a 90% compliance rate based on the 2012 IECC. UPDATE: All states must adopt the 2015 IECC no later than June 12th, 2017.

How the “most recent” becomes the standard:

Under Title III of the Energy Conservation and Production Act (ECPA), DOE has one year to review each new energy code or revision that comes out to see if it does improve the energy efficiency & see if it should be adopted. At this time a final determination is made it has to be posted on the Federal Registrar (2012’s final determination). Based on the date that the final determination is posted, each state has two years to certify that it has compared its code to the newer one for revisions. While the language allows for an out (e.g. not appropriate finding) the ARRA act has basically stripped that away for this round.