You are here: Home / Miscellaneous Articles / A Contractors Oversight… the conclusion 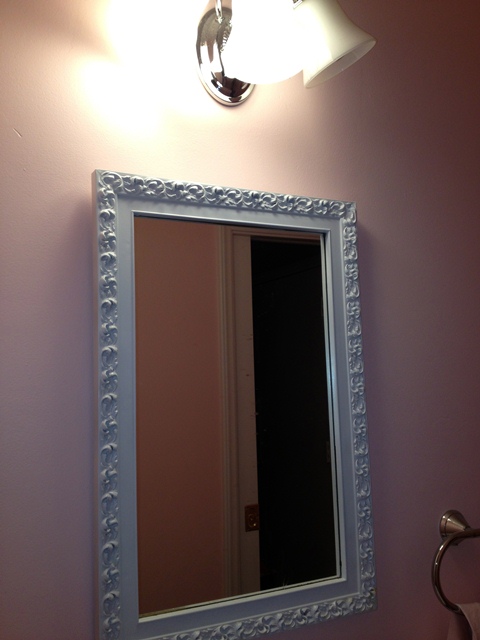 Just as a reminder, this is the second part of a guest piece by Jay Preston on: A contractor’s oversight turns into my first big project? When we left off last week, the dreaded while we are it disease kicked in & besides rerunning the vent line, he had also decided to swap out a regular door with a pocket one. So with no further ado …

So I got to replace the vent, install a pocket door and of course finish the new drywall…  Okay, not too bad as far as projects go.  Although I had never installed a pocket door, I felt like it would be a fairly easy project.  But wait, it is an old bathroom; I’m going to replace a couple of things anyway, so why not replace the toilet and sink while I was at it?  Oh, and of course the light fixtures and the exhaust fan makes a funny sound, so that should be taken care of as well.  The floor was a little uneven as well, so pulling up the old linoleum should be added to the list and I will install some tile. Its funny how one thing leads to another like that and my weekend project just turned into a multiple weekend project.

So I tore out the drywall, gutted the bathroom and installed the new ductwork that I had already bought, ran it across the ceiling. Pretty straight forward, and I am still not sure why the contractor hadn’t done it that way in the first place.  Now I went to the home improvement store and picked out the pocket door, a new toilet and sink and the other fixtures that I needed and some drywall supplies.  Loaded down in the minivan, I felt like I had the project under control.

I installed the new exhaust fan and all of the wiring that needed to be replaced, including replacing the old outlet with a new GFCI outlet next to where the sink would eventually be installed.  I next installed the pocket door, which had a thicker book of instructions than I would have imagined, but I was ultimately successful. 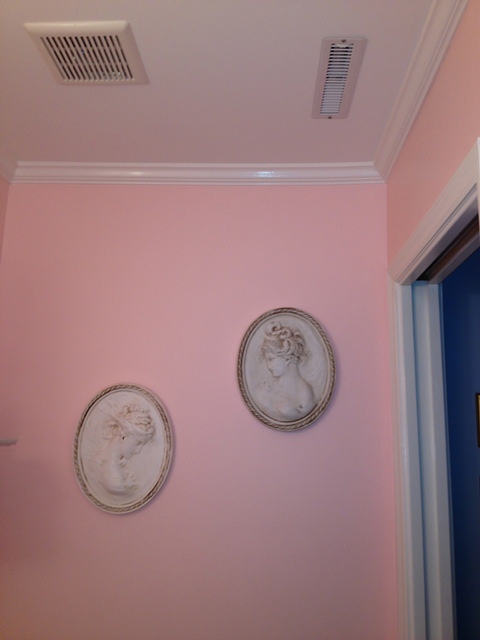 Next, I hung all new drywall on the walls and the ceiling and finished it over the next couple of weekends. Drywall is not my favorite project I have learned. The bathroom is small, so it wasn’t too bad and I got through that part of the project. 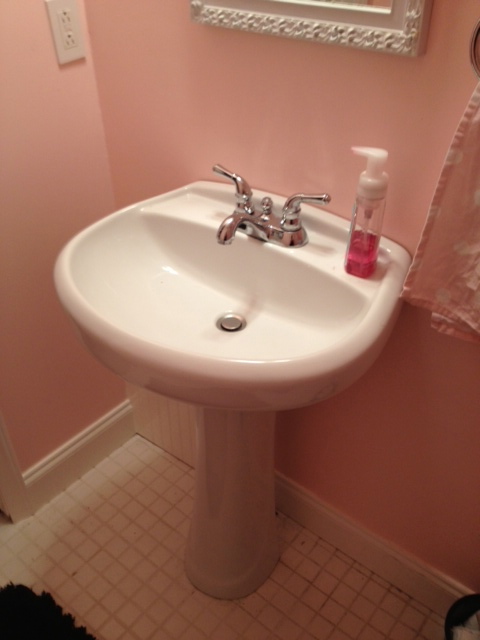 After leveling the floor, the tile went down next. We went with a simple 2”x2” tile, in 12”x12” squares. The nice thing about the small squares is that you just have to snip the joints in order to make the pieces fit, you don’t even need a tile saw. The bad thing about this kind of tile is that you have a lot of grouting to do. Again, lesson learned. The toilet and pedestal sink went in last and fit the room well. We finished it off with a nice pink paint color on the wall and crown molding. 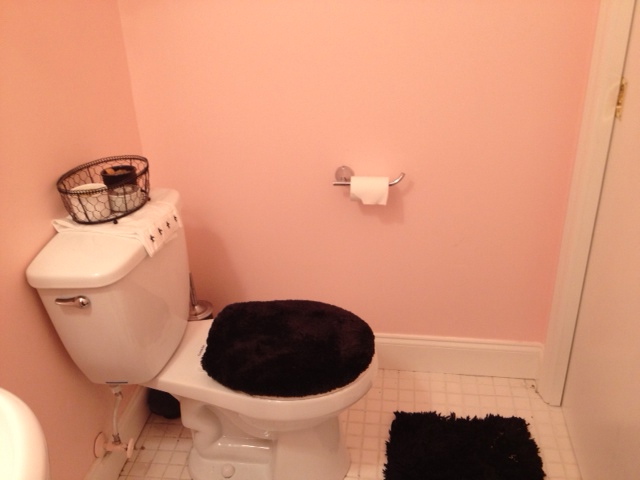 The space is much nicer than it was, and doing all of the work myself, I really saved some money.  I even reused the existing gold framed mirror by just painting it white to match and re-hanging it above the sink.  My total out of pocket expense was around $600. Although the project was not planned and I hadn’t done most of this kind of work before, I was very pleased with the results. Now the question remains, now that the bathroom is done, what should I do about that hole in the ceiling back in the den?

Once again I would like to thank Jay Preston for not only sharing his project, trials & tribulations he endured but also for allowing us to his project to help draw a few lessons out as it relates to industry standards & codes. When he is not busy working on his house or spending time with his family, you can find him at his day job where he works as a blogger and Brand Manager for ToolHQ “Australia’s leading online tool supplier”.