You are here: Home / Common Sense Building / Getting the details right: More than 1 way to skin a cat

No one talks about Building Fight Club… to late we have busted that rule a few times over the years. Interestingly one almost broke out on Wednesday between two parties whom I would least expect it from. It all started with this piece on Green Building Advisor by Allison Bailes – “What Architects need to know about attic knee-walls” with this detail below from our friends at Southface. 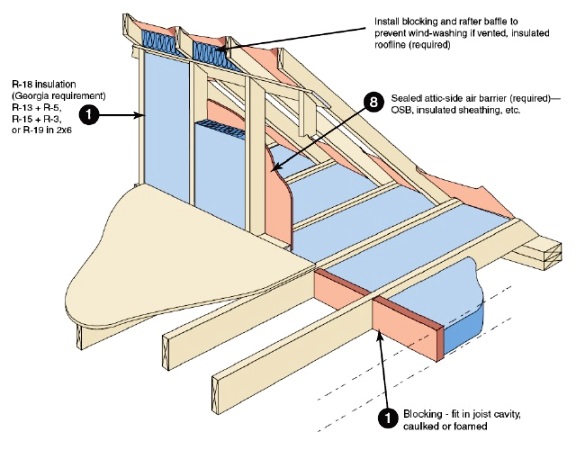 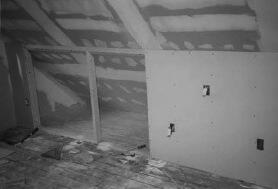 After seeing the two tweets mentioned above I actually retweeted both myself with a “2nd that” to Mike’s point on liking the cathedral option better. Interestingly Allison aka @EnergyVanguard popped back with “…they need to know how to do them right, and that’s the way to do it.”

Mike: Not exactly. Notice in photo, there are knee walls, framed completely inside. That’s the way to do it.

Allison: That’s ONE way to do it, and it’s not called a knee-wall then. It’s a partition wall.

Mike (3): I’ll agree it’s ONE way to do it…but then I’ll argue that your detail is also ONE way to do it. I’ll also hazard many stick-framed knee-walls are not designed as load bearing and are merely partions. Better to: reduce thermal surface area, simplify air-sealing detail, + allow for ducts inside enclosure.

Needless to say, Allison had a plane to catch, I was swamped & the conversation ended there. In almost all respects, I have to agree with Mike on this. In all fairness to Allison though, he did include numerous other ways to handle the dreaded knee-wall system via some links in the beginning. He also is correct that if one were to build a knee-wall inside conditioned space it would be called a partition. So with that, why do I agree with Mike?

As the saying goes, there is more than one way to skin a cat. In the piece it shows one way which is better than what many of us see in the field. With that one could hardly consider that the best method. In fact, even when those details are followed – they are hardly sufficient in many cases. Why? Well take a look at the wall portion of the detail – unlike a regular wall (which is essentially how they are insulating it) we are no longer dealing with ambient temperatures. 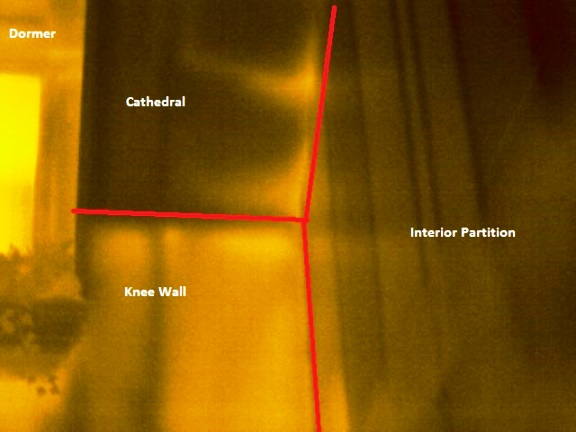 The next big issue – the more complicated one makes something, the more chances there will be issues. Even when it is easier (like a “cathedralized” system) tiny flaws can manifest themselves as you can see on the “cathedral” portion of the photo above.

Granted in some cases doing it as Allison showed (with increased insulation) is essentially the best method available but I would think those would be rare. Not only do you have more room to insulate, it is more labor intensive and needless to say – generally costs more. In most cases, those areas are used for storage, use simple interior doors, and even have AC ducts run through them which really swings the pendulum over to another solution.

My .02 on the best method – hands down is the hot roof option using Closed Cell Foam possibly with a cool roof. Second would be radiant sheathing, followed up by a vented 1” baffle space created with 2” foam board (or more) with the remainder of the space either dense packed or filled with a high density batt. Need to insulate a knee-wall… well then as I pointed out in the air-barrier article your best bet is to use foam board while making sure you air-seal everything fully.

Yes there are quite a few other methods & materials one could use but no matter which method you use: