This is part two of our series on the 2015 code changes. The first one dealt mainly with the Energy portion (2015 IECC) while this one will focus more on the building side. As many know the Building Code & Energy Codes are updated every three years. Every code update cycle seems to focus around or is remembered for one or two major issues; Deck collapses, Hurricane’s, Fire Sprinklers, Tornado’s / High Wind…

In this regard, this cycle will probably be more remembered more as a spring cleaning aka “lets fix the code & make it easier to follow” rather than what can we add. One example involves them essentially striking the word “may” from the code and replacing it with the word “shall.” Now it simply clarifies for not only the builder but the code official, I shall be allowed to do this, it is not a discretionary item. With that said there were some changes of note…

Mandatory Fire Sprinkler requirements went into effect with the 2009 code cycle & since then 42 states essentially blocked that requirement from being enforced unless it was already required by a municipality (aka grandfathered in). Needless to say that did not sit well with those whose sole aspect is fire safety so they worked hard to address issues which sprinklers were supposed to help. 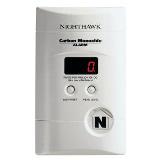 Back in 2009 Carbon Monoxide Detectors became a requirement where there was any fuel burning appliance (yes gas stoves count) &/or the garage was attached. Many simply complied with this by using a battery operated version like you see on the left. As of now that is no longer an option.

Quick note, while they are required to be interconnected with the electricity (like smoke alarms) they are not required to set all the alarms off like a smoke detector must. Personally this should be corrected in the next version especially when one is aware of their shortcomings.

Yeah there is one big change – Can you Notice the difference??? 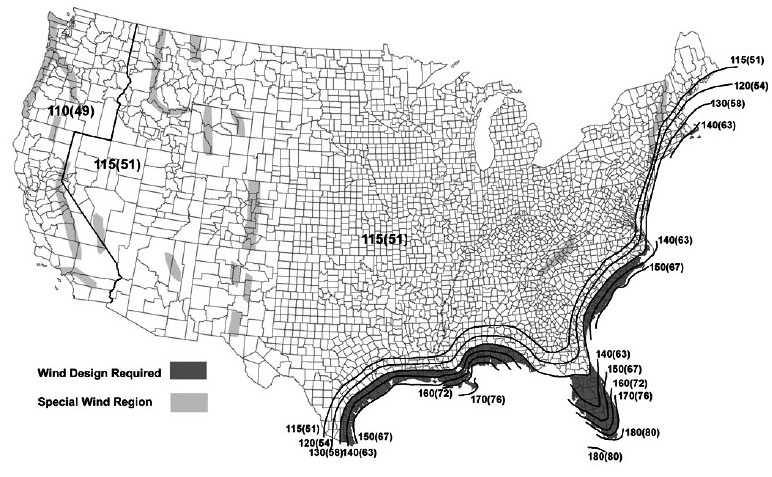 If you noticed that the wind speed levels have changed, you would be right… Gone are the 80 MPH “Basic” Wind Speeds – they have been replaced now with an “Ultimate” Design Wind Speed. (Heh, can I get an amen?) With that said many tables / specs stay the same as the old 80 MPH, though; Table 602.3(1) – They significantly revised it to add in common and other nails – in some cases box nail requirement is bumped up by 1